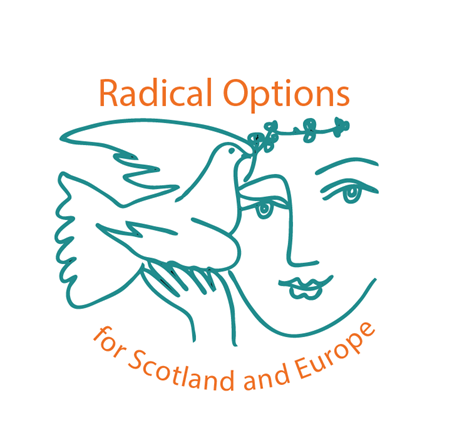 After what seemed like interminable debate and disagreement, on 30 December 2020, MPs voted 521:73 for the EU (Future Relationship) Bill based on the UK-EU Trade and Cooperation Agreement (TCA). There is a fairly simple, but accurate way of describing the agreement: the Tories have taken the neo-liberal framework constructed by the EU and replaced it with one made in Britain. We should not really be surprised at this. The Tory faction Boris Johnson represents believes in a footloose, global capitalism, unencumbered as much as possible by regulation, advancing the interests of the London based finance sector in, but crucially beyond, the EU.

For its part, the EU since its inception has been fundamentally committed to the market over democracy. Created by capitalists representing the interests of large corporations with a view to implementing common strategies to defeat resistance by organised workers without reference to national democratic structures, it has been on a steady journey towards its own model of neo-liberalism.

While they differ on how capitalism in its neo-liberal phase is best advanced – nation state or supranational institutions- their common espousal of market supremacy suffuses the TCA. We are invited to applaud the deal because of the benefits from ‘the liberalised market access arrangements’ or ‘investment liberalisation’ or ‘some of the most liberalising and modern digital trade provisions in the world’.

With that as the underpinning philosophy is not surprising that it poses a number of fundamental problems for the left. State ownership and public services were a matter of some controversy on the left in terms of what was or was not permissible under EU rules. As the explaining summary puts it, this agreement: ‘commits both parties to additional disciplines on their state-owned enterprises, designated monopolies and enterprises granted special rights or privileges …’.

The detail of what this means can be found in chapter 4 of the full agreement. It is apparent that state-owned enterprises will be allowed if the behave like private enterprises and are not allowed any kind of monopoly. And so, to that other area of controversy, state aid. While Britain has escaped the European Court of Justice jurisdiction, the agreement continues to ensure that state intervention is heavily policed. This may still give greater scope for state subsidy but given that Johnson’s preferred mode of ‘levelling up’ is privately delivered infrastructure and new technology projects, the scope for any democratically controlled interventions by devolved government is severely constrained.

That is why the Internal Markets Act is so important for the Johnson project – it takes back powers devolved to Scotland (and Wales) to provide financial aid to industry. Admittedly the Scottish Government rarely used them, largely because of EU state aid regulations but with Covid and dominance of economic short-termism, the need for a planned, local, democratically controlled intervention is overwhelming. This agreement makes that less likely.

There is a belief by many, even on the left, that the EU, largely because of the limited reforms offered in the Social Chapter, offers a strong guarantee of workers’ rights. In fact, the EU offered no protection at all in key areas of class conflict like pay, the right of association and the right to strike. That protection, however limited it may be, is nevertheless important at a time when the unions have very little reach into significant areas of the economy, especially in sections of the private sector where precarious contracts prevail. Whether that protection will survive this deal is open to question: ‘The Agreement includes reciprocal commitments not to reduce the level of protection for workers or fail to enforce employment rights … both Parties have the freedom and ability to make their own decisions on how they regulate – meaning that retained EU law will not have a special place on the UK’s statute books.’ This does not mean no regression. Rather, it means, as the government has pointed out, no dilution of standards ‘in a manner that has an effect on trade or investment’.

Despite the nature of the deal, criticism based on its neo-liberal nature has been somewhat muted. The Scottish Labour Party opposed it in the Scottish Parliament on the basis that it was ‘half baked’ and lacked proper scrutiny. A letter, organised by Another Europe is Possible, which helped provoke a rebellion by 34 Labour MPs in Westminster, who abstained rather than support the deal, was better, arguing that the deal ‘is designed to open the door to rampant economic deregulation – a loss of rights and protections for workers …’. Perhaps the letter could have gotten more support if had explicitly respected the vote to leave and called for the kind of deal advocated by Jeremy Corbyn in his Coventry speech of 2018, where he argued for a ‘bespoke’ deal with the EU, based on a customs union that required opt-outs from the neo-liberal framework. Corbyn’s position was undermined by the ‘second vote’ brigade led by none other current leader, Keir Starmer, hastening Labour’s and Corbyn’s defeat and his rise.

The SNP’s opposition could hardly be based on a challenge the neo-liberalism embedded in the deal because it is supported by the EU which the SNP wants to join just as soon as it wins independence. As former ASLEF president, Tosh McDonald, argued at a Labour Grassroots event, whatever we think of the deal, the working class now has only its own governments to deal with, governments no longer camouflaged by EU rules and regulations and structures. It will require a united and determined working class response to defeat neo-liberalism, but the Covid crisis has exposed the depth of inequality right across Britain. This is an opportunity the left must grasp.

Vince Mills is co-secretary of Radical Options for Scotland and Europe (ROSE) – https://www.radicaloptions.scot/