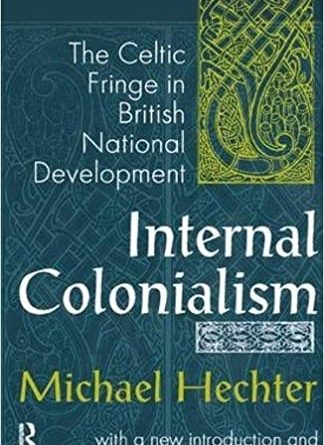 Adam Charlton recalls a genocidal episode of internal colonialism from Britain’s past.

When we think of the British Empire, we think of distant territories separated from the British mainland by vast expanses of sea. As such, we think of Britain’s colonial policies as directed at people in far off regions like Bengal and Kenya. In recent decades, the genocidal policies of Britain in Ireland have gained domestic recognition, but Britain’s equally racist policies in western Scotland remain widely undiscussed.

In 1707, a century after England’s first colony was established in the New World, the Acts of Union joined England and Scotland under one monarch. Like so much of the language and history surrounding Scotland’s position within Great Britain and the British Empire, the term ‘union’ is somewhat disingenuous. Although the acts were ratified by both English and Scottish Parliaments, the latter had little choice in the matter. Inspired by England’s growing empire overseas, the Scottish Kingdom had attempted to forge a colony in modern day Panama at the end of the seventeenth century. The plan was to control an overland route linking the Atlantic to the Pacific, and the Scottish Crown invested about 20% off all the currency circulating in the Kingdom into establishing ‘New Caledonia’. As you may have surmised, this plan failed, in part due to an English trade blockade. This left Scotland bankrupt, and it was in this context that a predatory England entered into ‘union’ with a financially ruined Scotland.

Union proved to be hugely profitable for some lowland Scots, who already had deep links with England. Glasgow, Edinburgh, and the Central Belt underwent some of the most rapid industrialisation of the Industrial Revolution, whilst the Clyde became one of the great commercial basins of imperial Britain. Yet there were, and had been for some time, two Scotlands. During the previous centuries, cultural and ethnic divisions had grown between Gaelic-speaking peoples of north western Scotland and the Scots-speaking people of the south. From the twelfth century onwards, Norman-English began to replace Gaelic as the common tongue in southern and eastern Scotland. Scottish monarchs took Anglicised names, and English became the language of the royal court. In the two centuries following unification, the Anglicised Scots of the lowlands would fit into the new imperial Britain built upon capitalism, expansionism, and Protestantism. In contrast, the Gaels of west Scotland’s Highlands and Islands would be violently eradicated, along with their clan-based way of life and Celtic Catholicism. In their place, their ancestral lands would be monetised to serve the colonial centre, and the brutally depopulated islands and dells would be mythologised as gloriously empty get-away destinations for those seeking an escape from life at the centre of empire.

This is a story we are more familiar with in Ireland, and the Gaelic peoples of Ireland and western Scotland are closely connected. Catholicism reached mainland Britain via Ireland, and England via Scotland. The Hebrides were an influential if peripheral part of the Catholic world, and the monastery at Iona – a small island off the coast of Mull – was important enough to lead a dispute with Rome over the date of Easter. This division, among others, lead to the development of a distinct kind of Catholicism, known as Celtic Christianity, which distinguished the region from the rest of mainland Britain. Gaelic society was organised into familial tribes, known as clans. Clan members owed their loyalty to a chieftain. In return for their fealty, the clan’s folk had access to the land and sea off which they could live and trade. Clan identity superseded the individual, and the majority of Gaels lived a subsistence lifestyle that has given Celtic Christianity a new age appeal to spiritual environmentalists. In the century following the Acts of Union, this thrust Gaelic society into conflict with the ideas of Protestant lowlanders, David Hume and Adam Smith, who provided an intellectual underpinning for Britain’s brand of individualistic capitalism, based on land ownership and growth.

In the first half of the 1700s, many clan chiefs made the fateful decision to participate in the Jacobite uprisings. Although often characterised as a movement solely for the restoration of the Stuart dynasty, the reality of the Jacobite movement was more complicated. In Ireland, many Jacobites sought autonomy from England rather than restoration. In Scotland, the movement was as much a response to the encroachment of Protestant England and the modernising forces of capitalism as it was about the Stuarts. In 1745, Bonnie Prince Charlie – last of the Stuarts – landed in the Hebrides and rallied the clans to him. They took Edinburgh without resistance, and won a series of battles in Scotland and northern England. Poised to take London, however, the divisions within the Jacobite movement came to the fore. For Charles, England was the prize, but the Gaels that constituted the bulk of his army had little interest in fighting beyond Scotland. Having pulled back to the Moray Forth, a bolstered British army caught up with them in April 1746, and massacred the remaining Jacobite forces at the battle of Culloden. Bonnie Prince Charlie escaped to France, and the Jacobite era came to an end.

These events had an enormous impact on the English psyche. The current national anthem was written to rouse the spirits of Londoners facing the prospect of a Jacobite siege, hence the verse, ‘rebellious Scots to crush’. More importantly, it contributed to a narrative about savage and irrational Gaels, and provided a rationale to deal with the last un-Anglicised corner of Britain. In the decades following Culloden, a campaign of ethnic cleansing was carried out in the western Highlands and Islands. This began with the erasure of Gaelic identity. Clan tartans were banned, as was the playing of the bagpipes. Such policies were intended to destroy Gaelic identity, born of an inherent racism held among the English and Anglicised Scots towards the Gaelic way of life. They also served the practical purpose of diminishing clan identity and, thus, destroying the clans as a political force. The collectivist farms were broken up, and replaced with capitalist land farming – an approach familiar in the lowlands, but incompatible with the clan system of the Highlands and Islands.

As in other parts of the burgeoning British Empire, local inhabitants considered an obstacle to economic growth were either destroyed or removed. Personal ownership of land was anathema to Gaelic society, and this made it easy to expel crofters from their ancestral homes. The population of the Hebrides was decimated. On Rum, about 87% of the population was forcibly removed to Nova Scotia, Canada. On Mull, thousands of islanders were cleared to make way for sheep farming, deemed the only profitable use of the land. As in the Americas, biblical verses about making the land productive were employed as justification. In many instances, crofters had their houses burnt, giving them no choice but to emigrate. Other times, Gaels were ridden down, bound with rope, and put on boats to Glasgow, from where they were sent to Canada. Many died on the journey. Such stories are reminiscent European slave catching in West Africa. Whilst the scale of the clearances is dwarfed by the racist excesses of the British colonial project elsewhere in the world, it ought to be considered among them. Causing serious mental or bodily harm, and deliberately inflicting conditions intended to bring about the physical destruction of an ethic group are both considered forms of genocide, according to the UN. Like Ireland, the Scottish islands are among the only places in western Europe now home to less people than at the start of the eighteenth century. The Clearances were not only an act of genocide, but an extremely successful one.

For many Gaels however, the Clearances were not the end of their relationship with Anglo-supremacist Britain. More Scots would die in the Seven Years Wars than either Englishmen or Americans, as the British Army hoovered up displaced Gaels, many of whom had grown up in a strong martial tradition. Like Indian Sepoys in East Africa, England used the oppressed people of western Scotland to oppress others in America. Gaels were considered particularly adept at communicating with Native Americans, one savage to another, as the theory went. From there on, Scots would make up a disproportionate component of the British Army, and the First World War resulted in a secondary decimation of what was left of the old clan nobility, 250 years on from Culloden. A visit to any clan burial site in the Highlands and Islands will reveal a constellation of headstones engraved with dates between 1914 and 1918. Yet despite the numbers of Gaelic Scots at the cutting edge of the British Empire, the benefactors were the English elite and their Anglicised cousins. The British Empire was no more Gaelic than it was Indian. It was at its core an Anglo-Empire, and the ethnic cleansing of the British periphery is evidence of this.

In the wake of the Clearances, the newly uninhabited landscape of the Highlands and Hebrides was mythologised in Britain, as though it had always been this way. The changing weather, shining beaches, and above all enormous emptiness of the place was marketed, and wealthy Englishmen purchased swathes of territory for hunting estates. Genocides are often concealed like this. Vincent Bevin, in his book The Jakarta Method, has documented how the mass graves of Indonesian communists were quickly buried beneath hotels and holiday resorts on islands like Bali. In Scotland, the people vanished even more completely, and their absence was used to sell their homeland as a wilderness awaiting those tired of life in the beating heart of empire. What discussion there was of the Clearances treated them as an entirely necessary step in the modernisation of Great Britain. This was the consensus from British liberals to Fredrich Engels, who considered the west coast of Scotland – whilst geographically nearer to industrial centres – to require the same level of modernisation as India. Given the universality of this view 100 years on from Culloden, it is hardly surprising that Gaelic society was crushed with the same brutality as the non-white natives who dared to resist imperial Britain.

Today, the ethnic cleansing of the Gaels is little understood beyond Scotland itself. Whilst the Clearances have provided an impetus for the independence movement at times, the direct culpability of many Scots in clearing the west has made it a prickly cause to rally around. As for the Jacobite uprisings; they get the occasional mention in British schoolbooks – portrayed as the last hurrah of the Stuarts and their backwards Catholic followers. Certainly, they are never contextualised among the other resistance movements of the British Empire. The Gaelic language is happily making gains, particularly in the Western Isles, and the BBC has offered Gaelic radio and Gaelic TV, BBC Alba, since 1985. These have been valuable tools with which to begin stitching western Scotland’s shattered heritage back together. None of this can return the people, however, and Visit Scotland campaigns regularly depict empty vistas in an effort to lure city-weary travellers to the region. Over 50% of the country is owned by 432 individuals, some of whom are rarely present on the land their ancestors purchased following the Clearances. Their disinterest in the remaining residents continues to make life difficult for inhabitants of the Highlands. In this way and others, the legacy of Anglo-supremacy continues to resonate today. Whilst it may not be among the bloodiest excesses of the British Empire, the ethnic cleansing of the British periphery completed the first stage of Anglo-expansion. In the following two centuries, Britain would export this policy across the globe.

Adam Robertson Charlton is a freelance journalist, currently based in Stavanger, Norway. His academic background is in nationalism and ethno-politics, and his work has been featured in Juan Cole’s Informed Comment (https://www.juancole.com/), and the Exeter Diplomatic Post journal (https://exeterdiplomatichub.com/journal/) .

Refugees and asylum: Unfortunately, there never was a ‘golden age’