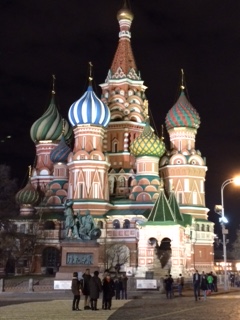 The triumph of the Russian Revolution nearly a century ago was the first time in history that the working class was able to seize and hold power, and to reorganize the economy and society on a socialist basis. From being the least developed of the big European countries at the time of the revolution, forty years later the Soviet Union was the second largest economy in the world. There were many factors that contributed to its downfall, but this article will look at the legacy of the Soviet Union in terms of a) how it helped social democracy flourish in western capitalist countries; b) how it assisted the anti-imperialist struggle of oppressed nations; and c) how the collapse of an ideological competitor has weakened the left and allowed neo-liberalism to triumph.

The halcyon days of social democracy in Western capitalist countries was the period from 1945-1975, when living standards rose at an unprecedented rate. The working class was organized and united, and after the experience of the Second World War, was determined to ensure there would be no return to the unemployment and conditions of the 1930s. However, there was one other weapon they could now use in their fight for social justice – what Neal Lawson, chair of the pressure group, Compass, describes as ‘the brooding presence of the Soviet Union’.

Writing in the New Statesman (12 May 2016), Lawson argued that: ‘Today, it is almost impossible to imagine the effect of actually existing socialism in rebalancing the post war forces in favour of labour and against capital. The owners of capital were terrified that a revolution might happen in the West as the armed forces returned home from the front. Throughout the 1960s Soviet planning was felt to be over taking US free markets in terms of productivity. The whole post war settlement was due, to a large extent, to the existence of the USSR’

The First World War had led to the birth of the USSR and the Second World War turned it into a global superpower. By 1945, sympathy for the USSR and gratitude for the role it had played in defeating fascism was immense. As Winston Churchill stated in the House of Commons in Oct 1944: ‘I have always believed and I still believe that it is the Red Army that has torn the guts out of the filthy Nazis’.

In every European country, Communist Parties were growing rapidly in size and influence. Some had formed governments or were in coalition governments with other parties. By 1947, Greece was one of the few countries in Eastern Europe where Communists were not involved in government, prevented from doing so by the intervention of the British Army. The Chinese revolution had increased the number of states under Marxist leadership to eleven.

After a visit to Europe, the US Secretary of State, George Marshall, reported back that he believed the whole of Europe was about to embrace Communism. As a result, the European Recovery Programme, which became known as the Marshall Plan, was put into place. This was a programme of massive economic aid given by the United States to favoured countries in Western Europe for the rebuilding of capitalism. Only those countries which were prepared to line up with the US against the Soviet Union would receive any aid.

In conjunction with monetary arrangements previously established, Marshall Aid was used systematically to pressure governments and voters in countries like France and Italy into rejecting Communism in exchange for aid. As a quid pro quo, the US accepted use of Keynesian economic policies to provide welfare and jobs for workers. In essence, it encouraged European governments to promote social democratic policies to ‘buy off’ their working class.

Britain had already moved in that direction. There had been economic stagnation in the 1920s, followed by a decade of high unemployment before the war. The establishment was terrified of a repetition of the wave of revolutionary struggles that took place after the First World War. Quintin Hogg, who later became a Tory cabinet minister, warned parliament in 1943: ‘If you don’t give the people social reform, they will give you social revolution’. With the armed forces returning from the war radicalised, social democracy became more attractive to capitalism as a safeguard against social revolution and the threat of a global communist movement.

The Labour Government that was elected in 1945 began an ambitious programme of reforms of welfare, education, and nationalisation. Many of these policies had been discussed during the War by politicians of all parties and some of them were already outlined before Labour surprisingly won the 1945 election. Despite their ideological differences, the Tories accepted most of the reforms and a consensus developed around key features.

Labour and Tory Governments from 1945-1979 accepted a commitment to maintain full employment by adopting Keynesian techniques of economic management; acceptance of the role of unions including their access to government; a mixed economy with the state control of some of the key industries; agreement on the welfare state, in particular the National Health Service; and many other areas of consensus including progressive taxation policies. Throughout the advanced capitalist economies similar policies were pursued.

From the 1930s to the beginning of the 1960s, even many non-socialist economists regarded the Soviet Union as a more dynamic system than capitalism and a viable global alternative. Harold McMillan, when he was conservative PM in the 1960s, believed the socialist economies could out-produce capitalism (see Eric Hobsbawm, How to Change the World, 2012). Therefore, the West had to compete with the USSR to retain workers loyalties with promises of comparable welfare programs and greater individual consumption. Fear of the USSR, the power of the communist parties in certain European countries, and their direct and indirect influence on trade-unionism weakened the establishment’s resistance to social progress.

The Soviet Union was of key significance to the nations which had been colonized and exploited by the imperialist powers. The national liberation movements became established as a major force in the struggle for national self-determination and made huge gains across the world following the Second World War. Material assistance, including the supply of weapons, military training and diplomatic support, was provided by the Soviet Union. Many students from the national liberation movements received their education and military training in Moscow. Most of the new nations which came into being after the Second World War began their nation-building task with close political, military and economic ties to the Soviet Union.

The Soviet Union played vital roles in other international developments. The victory for the left in Cuba was consolidated by Soviet support, and after a prolonged struggle the Vietnamese people defeated the United States. In Africa, the USSR’s support for the MPLA in Angola was critical in the struggle for the country’s independence. When the South Africans invaded Angola, they were defeated by combined Angolan and Cuban forces, crucial to the liberation of not just Angola but Namibia, Zimbabwe and eventually South Africa. Others countries declared themselves as socialist or aiming to be socialist. These states faced the active hostility of the USA, but in the Soviet Union they had an ally. Since its collapse, many of these connections have been cut and the result has forced many developing countries to increase their dependency on the west.

The collapse of the Soviet Union resulted in the removal of a strong competitor in global affairs and the only state that could challenge the power of the US militarily. The Gulf war of 1991 and the subsequent annihilation of Iraq, the dismemberment of Yugoslavia, and the interventions in a range of other countries during the last two decades might have been prevented if not for the collapse of the Soviet Union.

Of course, the threat of the Soviet Union’s model of socialism as a serious alternative to capitalism disappeared long before the collapse of the USSR in 1989, and it could be safely ignored when the first steps towards neo-liberalism were taken by Thatcher and Reagan. The ruling class became emboldened and stripped away at workers’ rights without fear of the political pressure of a socialist example. Without the presence of a socialist alternative there is no longer a requirement for capitalism to make the same compromises with social democracy.

Although social democratic parties were returned to power subsequently, they did not pursue social democratic policies, but instead embraced neo-liberalism. It was the misfortune of a number of them, including the British Labour Party, that the crash of 2008 happened on their watch and they are now paying the price of ignoring their own working class grass roots during this period in office. ‘The brooding presence of the Soviet Union’ is no longer there and the removal of an ideological challenge has weakened the labour movement and the left internationally.