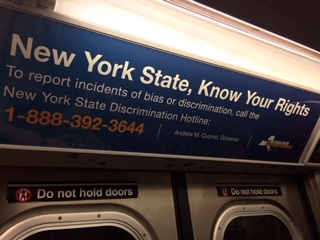 Around the corner from where I sit in Edinburgh, a number of shop fronts are covered in chipboard. Stuck to those boards are posters displaying the slogan save leith walk, a protest against an application from Drum Property Group to redevelop a stretch of old, sandstone-fronted buildings in which a number of local businesses currently operate. These include Leith Depot, Leith’s only dedicated music venue.

This huge redevelopment is the latest flashpoint for conflict regarding the gentrification of Leith and local action groups are fighting to force big business to take seriously the concerns of the local community. It is difficult, though essential work, familiar to activists all over the world, though particularly familiar to those in the big cities of economically developed countries.

When not in Scotland, I live in Brooklyn, New York, a borough that has long struggled with the problems associated with gentrification and the changing demographics of what were formerly working-class neighbourhoods. This struggle was illustrated with horrifying clarity earlier this year when, in Crown Heights, Saheed Vassell, an unarmed, 34-year-old man with a history of mental illness, was shot nine times in the head and torso by police. 911 had been called when Vassell was witnessed pointing a metal object at people in the street. The object was later discovered to have been a pipe.

Vassell had bipolar disorder and had been previously identified by police, according to the New Yorker, as an ‘emotionally disturbed person’. He was also well known in the neighbourhood and questions were immediately asked whether the caller to 911 was familiar with Vassell or, indeed, with the ways and values of the wider community. The argument was made that a local would have known that Vassell posed little threat. Residents also questioned whether Vassell, who was black, would still be alive had he been white.

In ‘Death by Gentrification,’ from the essay collection Call Them by Their True Names, Rebecca Solnit tells the similar story of the killing of Alex Nieto in Bernal Heights Park, San Francisco. Born in Bernal Heights to Mexican parents, Nieto lived in the area all his life. Accounts of his killing differ, but some details are widely agreed upon: that Nieto was eating in the park; that he was wearing the Taser he used for his security job; and that he had become agitated following an altercation with an aggressive dog and its owner.

Following this altercation, a different park user—a white man and recent arrival in the area—observed Nieto’s behaving ‘nervously’ and putting his hand on a holster on his belt. The man warned other park users to stay away, and urged his partner to phone the police. They arrived minutes later.

The four officers involved claim that Nieto then approached the police, unholstered his Taser and pointed it at them. Believing it to be a gun, the officers opened fire and continued to fire when he fell to the ground, claiming Nieto had assumed a ‘tactical sniper posture.’ Together, they discharged a total of 59 rounds.

Despite a number of troubling inconsistencies in their testimonies as well as contradictory evidence provided by a bystander, all four officers were acquitted when the case went to trial. The verdict was widely interpreted to be evidence of the judiciary’s indifference to violent crimes when they are committed by the police against people of colour.

The systemic racism of gentrification and policing are only two of the issues Solnit tackles in Call Them by Their True Name, a book which casts a wide net. In another writer’s hands the scale of America’s problems might lead to despair. Here it is not so, for while Solnit acknowledges that activism often does not bring about the desired result, she chooses instead to focus on its cumulative effect.

Take the Dakota Access Pipeline: it would be a mistake, Solnit argues, to measure the success of the activists simply by whether or not the pipeline was eventually built. Similarly, the success was not only that the protest cost the DAP investors a fortune—which it did—or the fact that future pipelines now strike investors as riskier investments—which they do. Rather ‘[i]t is an affirmation of solidarity and interconnection, an education for people who didn’t know much about Native rights and wrongs … a confirmation of the deep ties between the climate movement and indigenous rights … It has inspired and informed young people who may have half a century or more of good work yet to do.’ Solnit cautions against despair, especially in newcomers to activism: results are not non-existent simply because they are not immediate; lack of immediate success is not failure

Which brings us back to Leith Walk. Both the council and Drum Property Group continue to push for the project to go ahead. This being the case, there is a good chance the protesters will—in the short term, at least—be disappointed. Even so, incremental actions matter and one result of the protest is that future developers in Leith will have to consider this sort of public response before drafting their plans. What’s more, activists will be better prepared, better practiced and will have developed better networks to do the work of protest in the future. And, as Solnit makes plain in her concluding remarks, this is ‘the work that matters.’