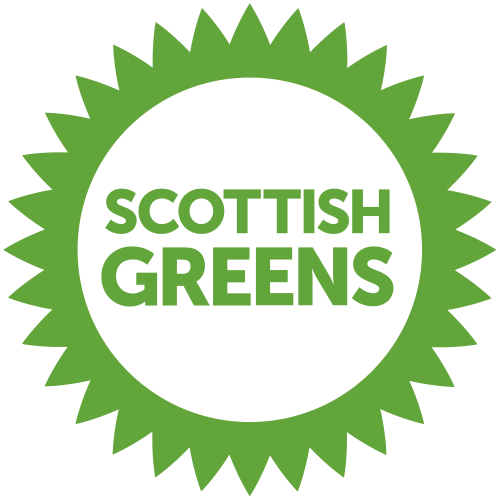 In the 1980s, communist stalwart, Joe Slovo, set out a two-stage transition for politics in South Africa. First, a national democratic revolution. Then a socialist revolution. This theory is of relevance to our politics in Scotland. We have witnessed over five years something that comes close to a national democratic revolution: who would have thought that people would queue to vote at polling stations as they did in September 2014? And that followed many months of political engagement and discussion the likes of which we had not witnessed for generations.

We have an opportunity to transform our politics again: the climate emergency has facilitated a recognition that our economy and politics must change if we are to have a liveable future. Whilst perhaps not being the kind of socialist revolution Slovo envisaged, the winds of change are definitely blowing in Scotland. In one week in April alone, we saw the launch of three different initiatives for independence: the SNP’s Yes.scot fundraising campaign, The National’s ‘10,000 steps’ campaign, and the Scottish Independence Convention’s ‘Voices for Scotland’ civic campaign organisation. It seems clear to me that our politics will be framed by constitutional debates for some time to come.

Two understandings of the constitutional discussion in Scotland have solidified since the Edinburgh Agreement in 2012. One believes the desire for Scottish independence is nationalist whilst the desire to remain part of the British state is internationalist. The other sees Scottish nationalism pitted against British nationalism.

On the Smith Commission, this latter understanding was thrown into sharp relief by Labour’s opposition the STUC’s stance that union laws should be devolved. There are important tactical considerations in this. In its years in government, Labour failed to repeal Thatcher’s anti-union laws. Since the Smith Commission, the Westminster Government has imposed further restrictions on unions. It was clear that workers’ rights would be better protected in Scotland than by a British government. The only impact of the Labour approach to workers’ rights has been to land Scottish workers with a worse deal than they otherwise would have had.

But, the principle of this is much more important. It is clear that Labour’s approach here stems not from any rigorous analysis of Scottish nationalism but of a mistaken belief that a hegemonic nationalism (Britishness), especially one that maintains imperial delusions, is somehow internationalist. It is not. We should be building a genuine internationalism, not clinging on to these imperial misapprehensions masquerading as internationalism.

I also believe that we need to give power to workers in workplaces and empower citizens in their communities. That is where we should be focusing our prefigurative attention. It is quite clear that in 2014, we reconfigured the Scottish polity. There is a level of engagement with politics that simply does not exist elsewhere on this island, and is rare in the world. This reconceptualisation was reflected in the Brexit vote in 2016 (Scotland voting ‘remain’, England voting ‘leave’) but is also reflected in quite different political aspirations in Scotland.

Before 2014 political differences between Scotland and England largely stemmed from the different configurations of parties: Labour tacking to the right in England chasing ‘centre-ground’ votes from the Tories, while Labour in Scotland maintained its course from the 1980s in response to an SNP challenge that was relatively social democratic. What happened in 2014 through a popular movement was that this difference in the structure of party politics materialised in popular politics. It became about people’s lived experiences of politics rather than about parties.

In this context, Scotland voted, in 2016, quite clearly, to remain (and reform) in the EU referendum. In an incredibly tight vote overall, this, along with the remain vote in the north of Ireland, should have prompted a collegiate response from the Westminster government. In a devolved arrangement, such a collegiate relationship should mean that the First Minister should be able to get the Prime Minister’s attention relatively easily. If this failed, we might expect that a Conservative Prime Minister could at least be swayed by a group of Conservative MPs elected to represent Scotland’s voices.

Instead, we have seen the voices of Scotland – and those from the north of Ireland, and Wales (to a lesser extent) – largely ignored. For all the talk of the Britain being a union of nations, it is clear that this is not the reality. It should now be clear to everyone that Brexit was, of course, always about the Conservative Party, and its desperate attempts to not only hold itself together, but also cling on to a dying imperial past.

However, the aspirations for Scotland from 2014 have not yet materialised in ways many of us hoped either. As much as we would love to be able to say that we are leading the world on devolution of power to workplaces, we are not. We have made some progress with community empowerment, but not nearly enough beyond Crofting buyouts. And local authorities still struggle to gain control over the finances they need to provide vital services: local councils have also failed to use the move towards more participatory process to engage citizens in democratic processes.

We see a malaise in our politics because our politics involve the Tories. But it is clear that our problems would not all be solved if May listened to Sturgeon.

We need to purge from our politics the centralising tendency we see in many parties, and which has characterised our politics since the early twentieth century. We need our politics to become much more participatory and deliberative. We do need Scotland’s voices to be heard. But we also need the voices of our communities and workers to be heard.

Maggie Chapman is a Co-convenor of the Scottish Green Party and a Board member of Voices for Scotland.