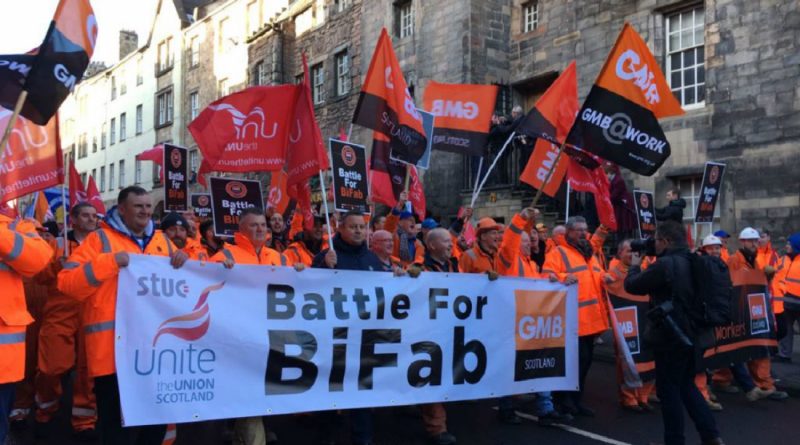 In the current cost-of-living crisis, it is to be expected that unions, and their members, will be distracted from focusing on last year’s big issue – climate change – as they struggle to negotiate pay deals that at least keep inflation in sight. Stopping using gas, which was a big talking point as we headed towards COP26, has now become an immediate issue for many millions of workers as prices went through the roof of household incomes.

The roots of the cost-of-living crisis, however, lie in the same territory that produced the climate crisis, namely, the reliance upon fossil fuels and the failure to invest in renewable energy over the past 30 years. Of course, the climate crisis was not just last year’s big issue. It is every year’s big issue until it is overcome. Failure to treat it as such will spell disaster for the climate, for coastal communities, for diversity, and for workers and their unions.

Solutions to the cost-of-living crisis lie in the same solutions to the climate crisis. Retro-fitting homes does not only reduce greenhouse gas emissions, but it makes the houses cheaper to keep warm, and creates thousands of jobs. Investing in free public transport powered by renewable electricity or green hydrogen means enormous savings for families as well as removing fossil fuels from our transport network. Investing in more renewable electricity generation does not only reduce our reliance upon fossil fuels, it also creates jobs in supply chains and produces cheaper energy for households when freed from the international price of gas, whether from Russia or the North Sea.

Union leaders expounded on these issues last year and should ensure that in the fight against the cost-of-living crisis these ‘climate’ actions remain part of their aims and their strategy for fighting the immediate and longer-term economic issues confronting their members.

Some were able to take this further and engage with employers around adaptation of workplaces to climate change and negotiating to move away from greenhouse gas emitting activities, processes and practices, therefore making the enterprise more sustainable. However, some union leaders wish to forget last year and instead want to repeat the old and discredited ideas that led sections of the union movement into the dead-end of ignoring the climate crisis and the short sightedness that Greta Thunberg and the school strikers had to eventually drag us out of. Let us call them the dinosaurs of the movement.

So, we now get Gary Smith, GMB union general secretary, in the New Statesman (22 September 2022) turning the clock back to use the same rhetoric from around ten years ago that was dropped when it suited the purpose of arguing for the support of the environmental movement for BiFab or when Greta visited GMB waste workers’ picket lines in Glasgow. Language like referring to the ‘bourgeois environmental lobby’ and claiming those who support renewables having ‘no interest in jobs for working class communities’ has no place in a union movement seeking to build alliances for a better future for all workers and their families.

Smith supported the Truss Tory government’s plans to allow fracking and open up new oil and gas fields in the North Sea, repeating the failed policies of the past that have led us to the climate crisis we are experiencing now and that is the root of the cost-of-living crisis.

Smith was one of those union leaders who argued against any engagement with the environmental movement in the past, resisted calls for Just Transition policies and argued for an extension of gas supplies to every house in the country as the cheapest and most reliable fuel.

The campaign that GMB and UNITE fought to try to save jobs in the BiFab yards, by getting contracts to build and assemble off-shore wind turbines, would have been more successful if the GMB, and others, had put their full weight behind the calls for Just Transition policies years before. Instead, they opposed even discussing it and, in Smith’s case, ridiculed the idea that offshore workers and others could retrain into other green industries.

With arrogance, Smith calls on everyone including Labour and Green New Deal activists, to face the reality as he chooses to define it, giving him the say in what is the correct energy policy for the country, focussing solely on preserving the GMB membership base in the gas industry. Never mind the GMB members in local government who face the consequences of the extreme weather events, the flooding, freezing and heatwaves, when councils have to repair damaged infrastructure. Or the GMB NHS members struggling with increased cases of respiratory diseases from continued exposure to the burning of fossil fuels.

Now is not the time to be distracted from the drive to reduce our reliance on fossil fuels, to expand renewables, to prioritise retro-fitting our homes and public buildings to cut the use of energy, to increase decent, cheap public transport in order to meet the climate change targets set in Paris.

These steps rely on existing technology that can deliver change immediately and all available resources should be targeted to those areas and not diverted to feed the technological phallus that new oil and gas fields, fracking and new nuclear plants represent. These are old technologies that, taking decades to bring on stream and costing billions in investment, causing further environmental damage, will do nothing to contribute to either the cost-of-living crisis or the climate crisis that needs addressed now.

To demand better, we must ourselves be better