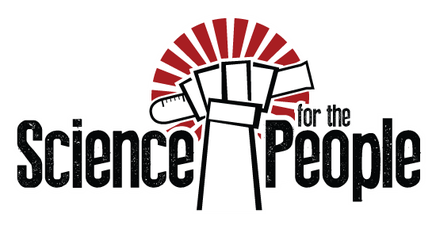 To a great media fanfare, the UN climate change conference drew to a close in December with nothing agreed that could even pretend to avert climate catastrophe. Representatives from 200 countries gathered in Katowice, Poland, for two weeks of discussions about implementing agreements from previous conferences. The last summit in Paris produced an empty promise that countries would limit carbon emissions to keep the global temperature rise within 2 degrees above pre-industrial levels. In Poland, the talks worked out a guideline for putting this in place, but couldn’t agree much beyond this. The more contentious issues were postponed to next year.

Capitalism has set humanity on a collision course with nature. In its latest, neo-liberal phase it has unleashed what conservation ecologist, Ian Rappel, calls: ‘a scale of ecological destruction that has few precedents across the earth’s geological history. We are teetering on the brink of a sixth mass extinction event. … this wanton destruction of non-human life in its myriad and amazing forms is surely one of the most obvious markers of our descent towards barbarism’ (International Socialism, 160).

The frustrations and the enormity of this challenge have led some to adopt dubious strategies and compromises. Their drive to assign monetary value to bio-diversity and nature is being touted as the only way to get the message across to governments, corporations and the markets. This strategy of ‘nature financialisation’– the process whereby bankers turn to environmental conservation as a new field for speculative investment, has won acceptance among scientists and politicians while global recession wreaks havoc.

For today’s pragmatic environmentalist, the concept of ‘natural capital’ (NC) is the answer. Its more extreme advocates argue environmental regulations are ineffective and distort the market; its more moderate supporters qualify their enthusiasm by asserting ‘nature conservation’ through ‘natural capital accounting’ – a financial audit of the impact of society on nature. Given the rich history of fraud associated with neo-liberalism, it’s no wonder Ian Rappel has argued this approach – the spirit of Katowice – will prove naive: ‘Appealing to market capitalism, its corporations and politicians, to value biodiversity through money is akin to asking the fox to look after the henhouse’. 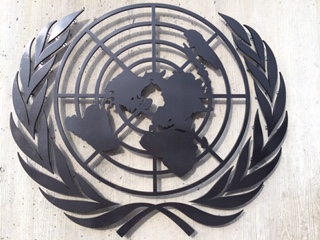 Warnings are coming thick and fast about how the earth is hurtling towards catastrophe. 2018 has been an unusually hot year, with record-breaking droughts, floods and hurricanes across the globe. The UN Intergovernmental Panel on Climate Change (IPCC) warns the earth’s temperature must be kept below a rise of 1.5 degrees above pre-industrial levels and estimates that in 12 years it will be too late to limit the temperature rise to that figure. It says carbon pollution will need to be eradicated by 2050 – not 2075 as suggested by the previous agreements. But as the IPCC bemoans ‘the political will at the top of society is lacking’.

In the short run, the rich will shield themselves from the worst aspects of climate change. So millionaires were able to hire private fire fighters to protect their homes during November’s California wildfires while entire working class communities burned to the ground. Climate change, like every other horror of capitalism, will hit working people and the poor first and hardest.

As this becomes clearer, new radical forces are emerging to pressure the politicians to act. Throughout November school students across Australia held protests and strikes to demand action on climate change now. There have also been weeks of school and university strikes throughout Germany. And in Britain, Extinction Rebellion has drawn thousands onto the streets to declare a ‘climate emergency’ (see Douglas Roger’s article, this issue). The first Saturday in December saw thousands march through London to demand ‘drastic and rapid action’. Called by the Campaign against Climate Change, this march brought together environmental activists, workers and students with Extinction Rebellion present too.

Canadian Marxist ecologist, Ian Angus, argues in his Facing the Anthropocene that while the dependence on fossil fuels began with the Industrial Revolution in the eighteenth century, the new epoch actually began in the second half of the twentieth century. Like most scientists involved in the research, he calls the period since 1950 ‘the Great Acceleration’ as a result of the growth of fossil production and use, auto-mobilisation of Western society, corporate concentration and the rise of monopolies, mass introduction of synthetic petro-chemical based products and industrialisation of agriculture with the Second World War accelerating their rise.

It is significant that many scientists most closely associated with Anthropocene research have endorsed Angus’s book and Marx’s contention that capitalism competition would generate a ‘metabolic rift between human society and the larger natural world of which it was an emergent part’. This suggests that climate scientists as well as rebellious youth are being pushed towards more radical conclusions and are willing to engage with a specifically socialist argument – capitalism is not an option.

Science for People has been re-launched. The magazine was originally published during the 1970s and 1980s and associated with the organisation of the same name -a group of radical scientists and science teachers. The latest issue focuses on a critique of geo-engineering high-tech proposals for climate manipulation designed to keep fossil-fuelled capitalism intact rather than address the roots of the climate change threat. Other articles uncover corporate interests in geo-engineering and its possible use for military purposes. For the current issue and a selection from its archives see https://magazine.scienceforthepeople.org/