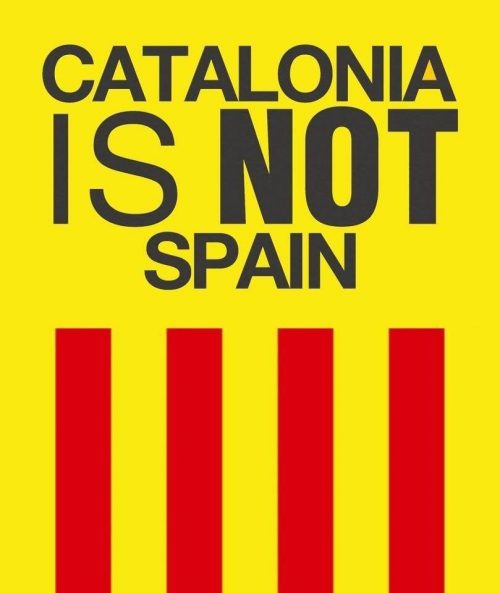 In 2018, the political crisis triggered by the Catalan independence referendum of October 2017 became a generalised crisis of the whole, corrupt neo-Francoist Spanish state that has existed since the death of the Caudillo. 2018 has seen mass public protests continue unabated in Catalonia, prompted by the arrest and imprisonment of most of the independence campaign leadership. Over a million people surged through the streets of Barcelona on 11 September. This represents the most sustained popular political campaign in Europe since World War II, outlasting in length and intensity the Polish Solidarnosc movement in the 1980s or the marches in East Germany in 1989 that brought down the Berlin Wall.

In June of 2018, the minority Popular Party (PP) government of neo-Francoist apparatchik, Mariano Rajoy, fell as a result of corruption charges and was replaced by an equally minority Socialist PSOE administration led by Blairite clone, Pedro Sanchez. He sought to bolster his parliamentary position by making concessions to the Catalans, restoring the Catalan Parliament, returning nationalist political prisoners to jails in their home nations, and dangling the prospect of eventual constitution reform.

These moves outraged the Spanish far right, triggering a new phase of political instability. Open street violence by the far right is now common. Then in December 2018, the right won the election in Andalucía, Spain’s most populous region and a traditional stronghold of the PSOE. The new PP leader, boyish demagogue, Pablo Casado, based his campaign on blaming the PSOE for being ‘soft’ on Catalan nationalism. The biggest shock in the Andalusian vote was the electoral breakthrough of the openly neo-fascist Vox party, which won 12 seats on a programme of attacking North African immigrants and making the Catalan separatist parties illegal.

By far the most important internal development inside Catalonia in 2018 has been the growing split over tactics between the two main independence parties – the centre-right European Democrats (PDeCAT), led by exiled, Carles Puigdemont; and the social democratic Left Republicans (ERC), led by the imprisoned, Oriol Junqueras. Ex-journalist Puigdemont has shed much of the corrupt image of Convergence, the PDeCAT’s immediate predecessor. He has done so by moving the party convincingly into the pro-independence (as opposed to devolutionist) camp. But PDeCAT remains at heart a pro-EU, social-liberal party representing the petty bourgeoisie. Last July, Puigdemont unilaterally launched Crida Nacional per la República (National Call for the Republic) as a new, umbrella body for the independence movement, into which he hopes to subordinate the ERC.

But the social democratic and traditionally pro-independence ERC is frightened that joining such a permanent common front with PDeCAT will destroy its left-wing credentials and freedom for manoeuvre. It would also make it more difficult for progressive independence forces to make common cause with those working class elements in Catalonia – Moroccan and South American immigrants, and non-Catalan speakers – still hesitant about independence. However, many of those taking part in the street demonstrations are confused by the split between PDeCAT and the ERC, creating the basis for an ‘anti-politics’ mood.

So what happens in 2019? 2019 sees a number of likely trigger points. Probably the most significant is the response in Catalonia to any guilty verdicts against the imprisoned independence leaders. We can expect mass demonstrations and possibly a general strike. The movement is committed to a peaceful transition, so the danger lies in a jubilant ultra-right responding with violence and using the situation deliberately to destabilise the Sanchez government.

The next waypoint is the May 26 Barcelona local election. The current mayor is Ada Colau, who rose to prominence leading the city’s anti-austerity and homeless movement. Despite her distance from the independence campaign, Colau supported the right to hold a referendum and even opened Barcelona’s schools for the ballot in 2017. The danger in this election is that deep divisions on both the left and between the various factions of the independence movement will allow the victory of the Manuel Valls, who has the de facto support of Ciudadanos, the main representative of the anti-independence Barcelona middle class. Bizarrely, Valls is a former French Socialist prime minister. He is of Catalan origin and speaks the language. Valls is virulently anti-independence and would use control of Barcelona town hall to thwart any new referendum.

Unfortunately, the independence movement is fielding two rival candidates. The ERC is standing Ernest Maragall, brother of the former PSOE mayor at the time of the 1992 Olympics, Pasqual Maragall. The US-based philosopher, Jordi Graupera, has the backing of the ANC, the Catalan civic movement, which organised a mayoral primary in the vain hope of encouraging a unity candidate.

How events turn out in Catalonia and Spain will depend, ultimately, on the degree of international solidarity from the rest of Europe. In the nineteenth century, the early workers’ movement made heroic endeavours in support of the national independence movements in Ireland and Poland. Sadly, the mainstream European left and unions have made only token moves in solidarity with the right of Catalonia to exercise their right of self-determination. By default, this political neutrality has been a factor in the re-emergence of a significant far-right in Spain.

George Kerevan is a former SNP MP for East Lothian (2015-2017) and co-author of ‘Catalonia Reborn; How Catalonia Took on the Corrupt Spanish State and the Legacy of Franco’ (Luath, 2018).