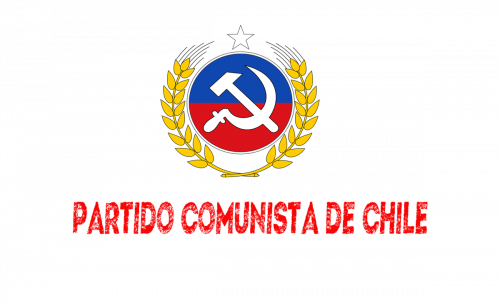 A social explosion started on Friday 18 October 2019 in Chile, triggered by mass fares avoidance by mainly students in the Santiago subway, rejecting an increase of 30 Pesos (a few pence) in the peak time one-way ticket. It baffled most international observers and rocked the Chilean political establishment to the very core. With this explosion, Chile – the Latin American neo-liberal poster child and heavily promoted by the World Bank and IMF as the model for growth and stability in the region – has experienced a wave of social and political protests not seen since the return of formal democracy to the country in 1990, following 17 years of dictatorship under Pinochet.

The protest against the fares hike quickly became a national, non-party political, wave of mass resistance to the status quo. By 25 October, over 1.2m people attended a rally in Chile’s capital demanding change. Although in 2006 up to 100,000 secondary students went on strike for weeks and in 2016 three demonstrations against the pension system were joined by over half a million people, these protests are of a different magnitude, have reached every corner of the country and involve all sectors of society. Here, I want to focus on its political implications and examine possible ways forward.

First, though, let’s recap briefly on why Chileans have lost patience with ‘business as usual’. Growing inequality, exemplified by the fact that the richest 10% earned 7.8 times more than the remaining 90% of the population between mid-2017 and mid-2019, according to the University of Chile’s Microdata Centre report of 22 October 2019. Low wages are a major factor with 50% receiving the minimum salary.

Health provision, the mixed Chilean model where a state funded FONASA covers 80% of the population, is chronically underfunded and the services provided are not up to the best standards and accessed only after long delays, queuing and frustration. The private health insurance system provided by suppliers called ISAPRES, which cover the remaining 20%, is much better funded and private clinics and hospitals are well equipped. Insurance premiums rise continuously, do not cover many pre-existing conditions and the balance in costs must be fully covered by the individual insured.

Pensions, private financial institutions known as AFPs (Pension Funds Administrators) manage the individual pension savings accounts of people in work. The system, established by the dictatorship, promised much but 80% of pensioners receive less than the minimum salary. The richest Chileans do much better though many are also dissatisfied.

Basic services, simply fail to deliver for consumers. The subway, Metro, in public hands and very effective, carries 2.6m passengers daily and is fundamental for Santiago residents. It’s also one of the most expensive services anywhere, in relation to incomes, and is estimated to take up almost 14% of a minimum salary. The Buenos Aires equivalent costs 6%. In terms of electricity supply, a market dominated in Chile by the Italian multinational group, ENEL, prices have increased around 4% in the last 12 months adding greater pressures on household incomes.

Chile is the only country in the world where water supply is wholly in private hands. Given vast levels of demand by the mining and agricultural exports industries, plus severe droughts and wild forest fires over recent years, prices are very high and supply intermittent, contaminated and difficult in places. Hydric resources are being exhausted at an alarming rate in the face of government inaction.

Although Chile compares well with advanced OECD countries and ranks above most of Latin America, education is highly segregated and quality varies greatly. A subsidised private sector, which started in the dictatorship as a way of reducing the state, converted Chile’s education provision into a business, with over 60% of pupils outside the state sector. Most entrants into higher education come from the private sector, blocking social mobility. Lower income families, if they can, avoid the state sector which is chronically underfunded, with infrastructure often not fit for purpose, poorly paid teachers and generally poor outcomes. Only the poorest are left with no choice.

Collusion by large businesses has led to major scandals, which on top of corruption, have fuelled the discontent. In 2008, the three largest chains of dispensing chemists fixed the price of 222 medicines, many for the treatment of chronic conditions, leading to excess profiteering. The two largest suppliers of toilet paper fixed the price for this product for over a decade in supermarkets, chemists and wholesalers, again to the detriment of consumers.

Corruption in politics between 2014 and 2017 further alienated public opinion. Large economic interests were found to illegally financing some politicians by issuing invoices for services rendered – usually research, advice and promotion – which were demonstrably false. Both the right wing and centre left coalitions were implicated. Major corruption was also found in the army and police during 2018 and many high-ranking officers, including former commanders in chief, are facing legal proceedings for the malfeasance of millions of dollars. To cap it all, Chile’s political class enjoys salaries, expenses, pensions and other perks that exceed those of much richer countries like Britain.

This combination of abuses and widespread corruption has led to a serious undermining of public confidence in the establishment and existing institutions. Dissatisfaction with politics peaked during the 2017 presidential election, when turnout was less than 50%.

After the first weeks of mass protest, consensus built around the need to change the constitution and associated legal framework, imposed by Pinochet in October 1980. The popular cry became centred on a Constituent Assembly and urgent improvements in minimum salary, pensions and reversing increases in the prices of public services.

The response of the right-wing Piñera government to the social explosion was predictable, given his Chile Vamos coalition’s strong ties and complicity with the Pinochet dictatorship. On 19 October, the billionaire president decreed a state of emergency, brought the armed forces onto the streets of major cities and towns and upped his rhetoric referring to ‘being at war with a powerful enemy’. Widespread condemnation followed, even from his side, since the protests have been largely peaceful, though some incidents of violence, looting and destruction have occurred. The resulting wave of repression, which continues, has led to over 25 deaths, 200 plus people losing the sight of at least one eye from injuries caused by pellets and tear gas canisters, hundreds of other injuries and thousands of arrests.

For its part, the traditional centre-left coalition, which has governed for over 20 years since the end of the dictatorship, has been largely absent from the streets and restricted to statements by party leaders and parliamentarians. Protesters blame it almost as much as Piñera’s government for ignoring people’s demands over decades and perpetuating the neo-liberal model they rebel against today.

The alternative Frente Amplio left, which erupted onto the scene in 2017, gained a fifth of the vote in the presidential elections the same year and sent a significant block to parliament (20 deputies and one senator), has probably experienced the greatest upheaval with serious internal strife caused by conflicting views on how to pursue change. More identified with progressive social movements, such as secondary and university students, Frente Amplio is paying a high price for siding with the parliamentary establishment in efforts to dampen down protest. Firstly, by lending support to the ‘accord for peace and a new constitution’ signed on 15 November, seen by protesters as another betrayal as it was done behind their backs (‘cocina’ or cooked up). Then, more worryingly perhaps, by lending votes to punitive anti-demonstration legislation in Congress.

The small but influential Communist Party (eight deputies, general secretary of unions confederation) has sided with the street since the start and attacked ferociously those who have done deals ignoring the popular will. Similarly, the Humanist Party and members of other parties have abandoned the Frente Amplio in protest.

Though the protest movement is non-party political, civil society groups have come together to form Unidad Social (social unity), including unions, public sector staff, university and school students, feminist groups, campaigns against the pension system, indigenous peoples, relatives of the victims of the dictatorship and many others. In spite of their strong support base, government and opposition have tried their best to exclude them and maintain parliamentary power. This has simply led to mass demonstrations continuing unabated. Politicians’ hope is that the summer recess, starting with Christmas, will dissipate the protests and kill off the spontaneous mass movement.

This is unlikely to succeed in the long run, especially since the key demand of a new constitution is only grudgingly being conceded. The extreme right of Piñera’s government (UDI) is fighting change tooth and nail but has had to give some ground. Symbolically, the government insisted in the name Constituent Convention, not Assembly, and proposed two methods for selecting its membership: a fully elected and a mixed of elected members and current parliamentarians.

The bigger concessions, however, have been made by the opposition who have agreed to a two thirds majority for constitutional changes, which gives a veto to the right, and given up on securing gender parity plus reserved places for indigenous peoples and independents. The opposition also failed to support the president’s impeachment for human rights abuses and instead impeached the resigned Interior Minister, Chadwick, a cousin of Piñera’s. This has led to calls of betrayal and being sold out by demonstrators and civil society, hence the continuing wave of protests.

The legislation needed to hold a referendum for the new constitution was passed by Congress on 18/19 December, amidst more recriminations and name calling. The referendum should be held in April. A citizens’ consultation carried out by the Chilean Association of Municipalities (like COSLA) involved over 220 out of 330 local authorities and 2.1m people voted online (93% for a new constitution and 71% for a fully elected convention).

Chile will undoubtedly have a new constitution sometime in late 2021. Piñera will see out his period in spite of huge levels of rejection and scorn. Some improvements in the economic situation will take place. However, politicians will pay a high price for once more ignoring the people’s demands. The right will possibly be vitalised as their support favours repression over dialogue. The centre-left will continue its march towards political oblivion but hang on to power quotas. The alternative left has already failed its first real test and will need a lot of effort to recover its credibility. The communists will remain marginalised and excluded, but could gain some electoral terrain. Civil society has spoken and will never be silent again. That much is clear.

In 2013, José Antonio Gómez Urrutia, a moderate leader from the social democratic, Radical Party, proposed a new constitution, fair high-quality health, education and pensions, labour and tax reform. Famously, or should it be infamously, the then president of the Socialist Party accused him of ‘smoking opium’. It seems as if the immense majority of Chileans have decided that they want to ‘smoke opium’ too.

Oscar Mendoza, a political prisoner in Chile between 1973 and 1975, is a retired social scientist and a specialist in international development and funding