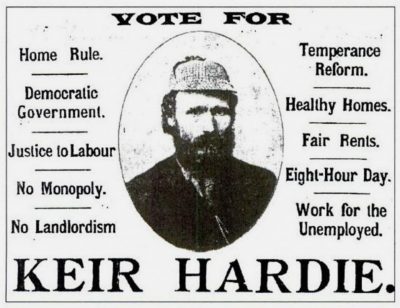 Public and media attention on the debacle that is Brexit meant there was little attention given to the speech given by the Scottish Party leader, Richard Leonard MSP, at this year’s Labour Party Conference in Liverpool in late September. In it, he said that the Scottish Labour’s manifesto for any forthcoming Holyrood or Westminster elections would oppose a second referendum on independence. This was unqualified and at odds with Jeremy Corbyn’s position that he was against a second referendum but that if the Scottish Parliament was elected with a majority with a mandate for a second referendum, he would not oppose it but would campaign against independence in that referendum preferring radical constitutional devolution for the whole of Britain.

Leonard’s statement is a profound change of Labour policy of over 30 years. In 1989, Labour, the Liberal Democrats, the STUC, the Scottish churches and civic Scotland agreed the Claim of Right which asserted the sovereignty of Scotland within Britain. It stated that the signatories ‘acknowledge the sovereign right of the Scottish people to determine the form of Government best suited to their needs, and do hereby declare and pledge that in all our actions and deliberations their interests shall be paramount’. The Claim of Right was launched at a historic ceremony in the General Assembly Hall in Edinburgh. I attended as Vice Chair of the Scottish Labour Party. It was signed by every Labour and LibDem MP who was then serving, including Gordon Brown and Alistair Darling with the exception of the late Tam Dalyell. The Claim of Right was the genesis for the 1997 Scottish referendum which led to the establishment of the Scottish Parliament. Is Labour now repudiating the Claim of Right?

If this measure is adopted, it means that the official position of the Labour Party is that it does not matter what Scotland votes for; it does not matter if Scotland returns a majority for parties that seek a referendum on independence whether in a Westminster general election or a Holyrood election; and it does not matter if a party achieves a mandate within Scotland to seek self-determination. That mandate could be overturned by whatever it is that the 92% of voters in Britain outwith Scotland have voted for. 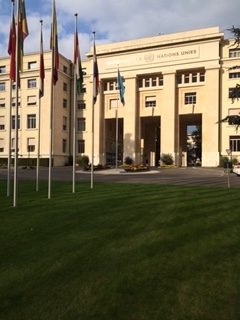 As well as being undemocratic and contrary to a nation’s right of self-determination contained in the UN Charter of Human Rights, it is also electorally disastrous. It could put Labour together with the Conservative and Unionist Party in a Catalan scenario where there was overwhelming support for a referendum but the Spanish Government stopped it by brute force and the imprisonment of politicians – Better Together with stilts!

Richard Leonard passionately argues that the problems and solutions for working people are class related and not those of national identity. He is partly right! But where and at what level those class solutions are applied are for voters to decide on tactical and other considerations. Working class solidarity does not and never has ended at borders.

Voters in Scotland have rejected the Tories for over fifty years and ended up with Tory Governments for the majority of that time. This was undoubtedly a factor in many traditional Labour voters switching to the SNP over the last ten years. Richard Leonard’s strategy is predicated on a rejuvenated radical Labour Party under Corbyn winning a British general election; most working class voters including many SNP voters support this. However, polls consistently show Labour and the Tories neck and neck. If the Tories win the next general election but are again rejected in Scotland the clamour for a second referendum will become unstoppable. If Labour was then to oppose a consent motion for a referendum at Holyrood and Westminster, it would be an electoral disaster in Scotland worse than the 2015 general election and the 2016 Scottish election

Political parties must have a vision beyond the next election. Keir Hardie, one of Labour’s founders, famously supported home rule for Scotland. Unfortunately, Labour’s record on constitutional change has been slow, reluctant and timid on issues such as devolution, decentralisation, and a fair voting system. It has been promising to abolish the House of Lords for more than the 50 years I have been a member of the party. It has made crass mistakes such as the botched handling of the 1979 Scotland Act, the failure to use the full powers of the Scottish Parliament, not insisting on a devo-max question in the 2014 independence referendum then agreeing to the Vow which was supposed to offer more devolution when the British party leaders panicked when it appeared that ‘yes’ might win.

After the 2015 general election wipe-out in Scotland, the 2016 Scottish Labour conference agreed on setting up a constitutional convention to review all aspects of our unwritten constitution. Nothing has been heard of it since! Labour in Scotland will have to have more than Corbynism to offer voters at the next and future elections.