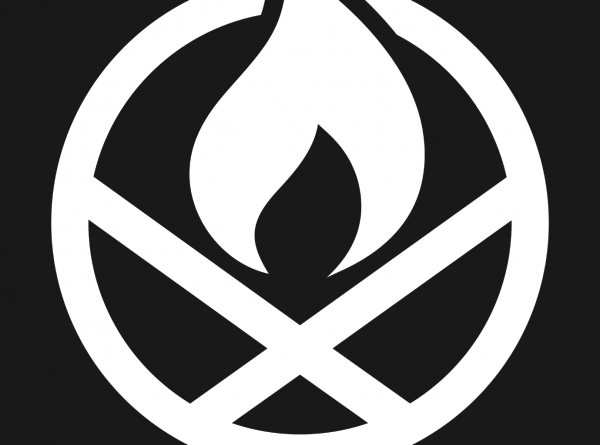 After a summer filled with heatwaves, wildfires, and drought, Europe is waking up to the terrifying realities of climate breakdown. Extreme conditions endured by many poorer communities for decades are now increasingly impacting the lives of citizens in rich countries. Yet many governments seem intent on making things worse, approving a spate of new fossil fuel projects that will shatter efforts to limit temperature rises to 1.5 degrees. In Britain, tax breaks for oil companies, new licences for North Sea oil and gas, and pitiful levels of climate finance have exposed the empty promises made at COP26 last year.

While the UK government’s casual disregard for the climate may come as no surprise, Scotland has seemingly charted a different course. Under pressure from activists, Nicola Sturgeon has broken with the official mantra of ‘maximum economic recovery’ for North Sea oil and gas, spoken out against the Cambo and Jackdaw oil and gas fields, and overseen the launch of a £500m Just Transition Fund. But what does this transition look like in reality?

More often than not, Scotland’s drive to achieve ‘Net Zero’ has sidelined workers and communities in favour of financial speculators and energy company bosses. Corporate polluters like Shell and BP have been welcomed into ‘industry partnerships’, prioritising technologies such as hydrogen and carbon capture and storage that enable the fossil fuel industry to retain a stranglehold over our energy system. In Aberdeen, a proposed ‘Energy Transition Zone’, spearheaded by oil tycoon Ian Wood, threatens to industrialise St Fittick’s Park, the last accessible greenspace in the working-class neighbourhood of Torry.

This is why, at the end of July, activists from across Scotland joined with local campaigners in Aberdeen, the self-proclaimed ‘oil capital of Europe’, for a five-day climate camp. Through workshops, public assemblies, and protests, Climate Camp Scotland sought to build bridges between activists, workers, migrants, and communities who live in the shadow of Scotland’s offshore oil industry, while exposing the failures of ‘Net Zero’ to centre justice or redistribute wealth and power.

The camp concluded with a series of protests. A rally in the city centre was addressed by community campaigners, trade unionists, and Maggie Chapman, Green MSP for North East Scotland. This was followed by a peaceful mass trespass at Aberdeen Torry harbour, with around 100 activists occupying a restricted area used by the offshore oil industry and disrupting operations. On the final day, activists attended a rally organised by MORE to challenge the Home Office’s use of hotel detention for refugees and asylum seekers.

The Aberdeen camp was the second organised by Climate Camp Scotland, following a shorter ‘action weekend’ staged at the Mossmorran petrochemical refinery in Fife last year. It is clear that Scotland’s fossil fuel industry will not be dismantled overnight, and with contracts for renewables awarded to overseas companies while Scotland’s manufacturing base is left to rot, offshore workers’ fears over job security and retraining opportunities must be addressed if there is to be any meaningful ‘just transition’.

However, from the occupation of Mainshill Wood to prevent a new coalmine in Lanarkshire in 2009, to the anti-fracking camps in England 2012-2018, and the rolling resistance against oil pipelines in North Dakota by the Standing Rock Sioux Tribe in 2019, time and again protest camps have been an effective tactic to block environmental harm.

In Aberdeen, the fate of St Fittick’s Park continues to hang in the balance, and we hope that the camp will bolster the campaign to protect this vital community space from industrial expansion. Regardless of broader outcomes, it opened a space for dialogue and learning, deepening participants’ collective understanding of climate justice (e.g., around colonialism, migration, and the UK’s violent border regime), and nurturing a radical vision of worker and community-led transition towards energy democracy.

This year’s camp has coincided with a summer of strikes, cost-of-living crisis, and record-breaking profits for the oil and gas industry. With rampant inflation and soaring energy poverty, climate justice activists must double down on the need to not only tax the obscene profits of fossil fuel companies, but stand by workers demanding fair pay (including those at refineries and power plants), and bring energy into public ownership so that we can cut bills, reinvest money into home insulation, and accelerate the shift to renewables.

As flash floods devastate Pakistan, displacing over 33m people, the need for global solidarity must also be reaffirmed. To alleviate suffering, rich countries must scale up climate finance, cancel debts, and pay reparations to frontline communities for irreversible loss and damage. These issues are often entirely absent from our political debate, and as climate activists we must work to ensure that they are not overlooked.

We already have solutions that can meet our basic needs and safeguard our collective future, but everywhere governments are falling short. Change will not be handed down from above. We have to fight for it.

Benji Brown is an organiser with Climate Camp Scotland (https://www.climatecampscotland.com/)