The last year has been a busy one for the CWU, but more importantly, a successful one as we further hone our campaigning, industrial and political strategies. The previous year had seen the CWU successfully deliver a strike ballot in favour of industrial action in spite of the latest round of draconian anti-union laws. An excellent communications strategy within the union led to our officers re-entering negotiations with a clear an unequivocal mandate to demand the employer deliver on our asks as part of our ‘Four Pillars’ strategy in Royal Mail (see Scottish Left Review March/April 2018).

Many doubted the ability for us to deliver on such an ambitious programme, particularly on our workers’ pensions. Nonetheless, implementation is now underway, and our pension talks have led to a joint-position with the employer to deliver on a truly innovative pension reform, namely, to move to a collectively defined contribution model. In the midst of recent political events, you could be forgiven for not noticing the progress being made in Parliament to enable the reforms we require to deliver a secure wage in retirement for our members. Nonetheless, it has received cross-party support, and has been praised in select committee as way forward for many troubled schemes. That, of course, doesn’t mean that the deal is delivered yet though, and while we are working constructively with the employer to secure the legislative reform required to deliver a new pension scheme, we have ensured additional security for the schemes presently in place and reserve the right on our members’ behalf to assess the years’ progress in the coming months. 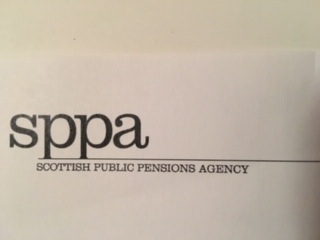 Meanwhile, at BT, we are engaging in yet another round of resisting outsourcing of staff. Much progress has been made in recent years to secure terms and conditions for engineers in the biggest TUPE in history to Openreach, forced upon us by the regulator, and similar successes have been achieved in insourcing jobs back to BT. Likewise, a notable victory was secured by our ‘Close the Gap’ campaign which secured the end of Pay Between Assignment (PBA) contracts in BT call centres by 31 March this year. Sadly, the employer now seeks to take with the other hand, and from a cohort of employees who’ve had enough of being treated like pawns in a game of executive chess. The ‘Endgame’ campaign seeks an end to what seems like the perpetual battle, waged almost every time there is a change in senior management – over outsourcing. Some of our members have been TUPE’d as many as 13 times in a 15 year period as contracts come and go, and as BT periodically outsources then in-sources again. It appears that BT is determined to make the same mistakes again, but with some 1700 lives being repeatedly thrown into turmoil by this instability, we will continue to campaign to stop the employer playing games with people’s lives.

Just as in many other industries, the same battles often need to be refought, whether it be the long-standing and long-documented culture of bullying with the Royal Mail, or the not-so-merry-go-round of TUPE in BT. We need to ensure that both our union is up to that task, and that we have a political strategy that assists in changing the hostile legal and regulatory environment we all operate in. The CWU’s redesign process is aimed at delivering just that: it is a root and branch review of our structures but also a serious look at how we move forward as a single union with a shared agenda. A core part of this must be to ensure that all our officers and reps have the best training and support available – but it must also be to widen our involvement in community and political life.

The CWU can honestly claim to have a member in every part of our land, in every community, on every street. We aim to build on that, and to continue the work of extending our influence in civic life. This agenda operates in tandem with our ‘New Deal for Workers’ campaign endorsed at last year’s TUC, seeking the return of sectoral bargaining, a new Bridlington to end wasteful competition between unions, and working with our members and other trades unionists to ensure the influence unions brought to bear on the 2017 Labour manifesto is built upon for the next one.

This must mean the repeal of anti-union legislation, of course, but our members don’t only need support in the workplace. Yes, many workers need representation to end casualisation of work; yes, they need enhanced health and safety legislation properly enforced, and yes, they must have the fruits of their labours. Yet they also need secure, affordable homes, a health and social care system that works, and a social security system worthy of the name.

At the CWU, we know that industrial struggles are political ones too, and that political clout cannot simply be left to our senior national officials. Our members in every community in the land will be supported and encouraged to get involved in taking the industrial once again firmly into the political arena. In this way, we will continue to build on our successes, renewed in our determination to bring about a political change in our land which finally puts government on the side of working people and the unions that support them.

Matt Kerr is the Political Secretary for the CWU communications union in Scotland.