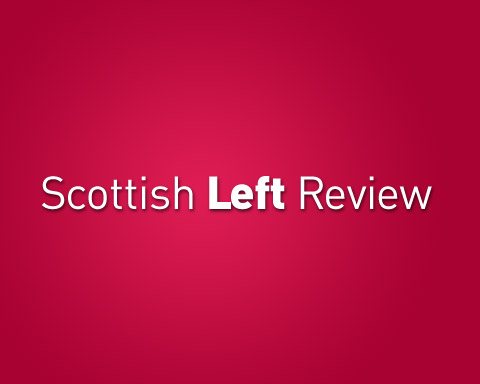 Regulation and deregulation – is this a battle of ideas or of language? Or perhaps both come together and what we face is really a battle of understanding.

The context for this is clear enough; after three decades of unrelenting deregulation the chickens came home to roost and deregulation broke the western world. Almost everything that had been put in place to prevent the Great Depression from recurring was dismantled between 1980 and 2000. So what happens? The utterly predictable. And what is the response? Slightly unbelievably it is more deregulation as George Osborne and his buddies try to remove any remaining restraints on corporate abuse they can find. Encouraging corporate abuse is almost explicitly the new economic strategy. It was the old strategy too.

How can this happen? It’s as if you’ve just been diagnosed with lung cancer and the doctor gives you a packet of cigarettes. No-one really argues that lack of regulation (or oversight or accountability or one of a range of synonyms) played an enormous part in the banking crisis which in turn plunged the global economy into crisis. So how does deregulation become the solution?

The answer is two-fold. The first and most obvious answer is that every ounce of energy has been expended by neoliberals to make deregulation look like anything other than deregulation. It is given other names (‘cutting red tape’, ‘the common-sense agenda’, ‘light touch’ or whatever Mail-baiting nonsense can be applied). It is intentionally rolled into a sort-of ‘grand conspiracy against the public’ by confusing health and safety, compensation culture, the European Union, data protection, discrimination legislation, any nutty local authority decision and paperwork generally with removing sensible constraints on big and overly-powerful corporations. It is simply massaged to make it look like what it is not and to play on the knee-jerk prejudices of the wider population.

However, those of us on the left need to consider the second answer to the question, which is distinctly uncomfortable. That is that barely anyone has tried to make the positive case for regulation. That case is simply that regulation is needed to protect ordinary people from excessive power. In the field of business regulation what is being done is that people are being protected from corporate (and smaller business) crime. Crimes such as illegally gaining monopoly positions or forcing cartel prices on the public. Crimes such as dumping poisonous pollutants into drinking water or firing people because they are black, or women, or disabled. The right-wing trick has been to emphasise the actions to prevent the crime rather than the crime. So we all know that ‘business is drowning in environmental red tape’ but we don’t get told that this is to prevent children being poisoned. (And don’t think this is melodramatic phrasing – you only need to look at existing breaches of environmental legislation to realise that businesses do indeed do these sorts of things).

Employment regulation is about making sure people are treated fairly and that crimes of discrimination don’t take place. Health and safety legislation is there to stop profit-making  and non-profit-making organisations alike save money by cutting corners and putting people are sever risk of harm. Planning regulation is there to stop people’s lives being blighted by having their communities destroyed by big financial interests.

And criminal justice is there to make sure that big men can’t just punch little grannies and take their purse. All those ‘law enforcement officials’? Regulation gone made. Cut red tape, cut the police. Let organised crime gangs self-regulate their way to becoming legitimate ventures. Support a free market in violence. That’s the logic.

Regulation is crime prevention. So why will no-one stand up and say so? OK, in part it is because there certainly is bad regulation and even more so there is bad implementation of regulation. Anyone struggling to keep a small voluntary organisation going (especially if it involves working with children) will tell you that there is a hell of a lot of paperwork. And hyper-risk-averse public officials make the Daily Mail job easy with some of their risk-averse interpretations.

But a ‘bad apples’ strategy should not be allowed to work. We have to start saying that regulation is simply crime prevention like any other law. It is there to protect us, from harm or exploitation. People don’t understand this properly. Tell them that deregulation means their electricity company would be allowed to charge anything at all that it wants and reactions might be different. Or suggest that a deregulated business in their vicinity would not be monitored for large-scale fly tipping and people might begin to feel differently.

Instead, all political parties are signed up to ‘better regulation’ agenda on the basis of the kinds of evidence that Stephen Boyd utterly dismantles in this issue.

Re-regulation will remain politically untouchable until someone stands up for regulation. There has never been a better time