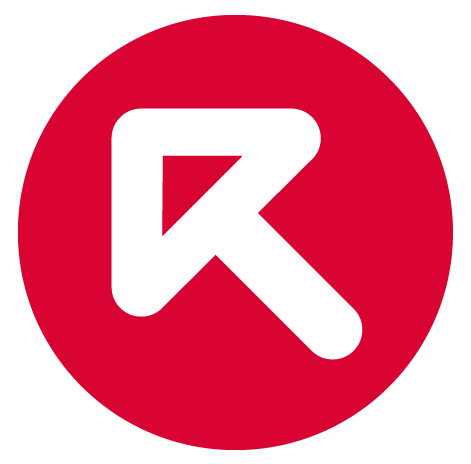 In 1999 Jimmy Reid proposed that there should be a journal which would provide a focus for left-wing thinking in Scotland. After discussions with a wide range of people on the left, the Scottish Left Review was born. It’s first issue came out in 2000 and more than a decade later we’re on our 66th issue.

But when the SLR was conceived it was intended to be something more than just a magazine. In the late 1990s the internet was still comparatively new and for a lot of people it was not yet clear how it could be used or what difference it would make to political debate. The intention was that it would launch as primarily a web-based publication but with hard copies printed for those who did not have internet access. And it was expected that as use of the web changed, the SLR would change with it.

And the Scottish Left Review was also seen as something more than just a collection of writing. In fact, in Jimmy’s original thinking it would be something more akin to a movement, organising events and championing causes.

So it was to be a magazine, a network and a movement.

What it has become (we hope) is a successful and interesting magazine producing thought-provoking writing every two months. The redesign of the website earlier this year was designed to emphasise that the SLR is indeed very much a magazine and has not become a blog or a ‘rolling news’ site. We pick a theme for the magazine carefully and we try to assemble an enlightening set of four or five articles on that theme to explore it from a number of different angles, with another half-dozen off-theme articles submitted or commissioned on current or important issues. And we hope you have found this useful and worth reading.

But as regular readers will be aware, we have come to recognise that there remains just as much of a need to step in and influence Scottish politics as when the SLR was first established. Of course, there is now a wide range of different online news sites, blogs and forums in the area of left/green politics and the Scottish Left Review is proud to work with many of them. And there have been a number of attempts to generate a left movement in Scotland.

And this has all brought both successes and failures. So there is a lot of lively debate and Scotland is well served with centre-left political parties. And there is real enthusiasm now more than ever for alternative policy options as accepting that the old order has failed is now the mainstream view, and at the same time the mainstream is as small-c conservative as it ever was and those responsible for the failures continue to leave footprints all over the Scottish political agenda which are entirely out of proportion to the minority position they hold.

What we believed was missing was a strong think-tank and advocacy group to generate new thinking and then to promote it. And so in August, on the first anniversary of Jimmy’s death, we launched the Jimmy Reid Foundation. Hopefully it will begin to fulfill some of the roles Jimmy himself envisaged for the Scottish Left Review. But above all, hopefully it can start to both build an alternative agenda for Scotland and bring people together in support of it.

But there is one thing right at the front of our minds in establishing the Foundation – and that is that we will only be as successful as the new thinking we create. In the near future we will have a fully-functioning website in place and the many people in Scotland who share our desire to see a new direction will be able to become part of a network which we hope will help to shape the agenda of the Foundation.

The Foundation has set six core principles to help us guide the work that it does:

• That society should be based on equality and social justice. This above all is the principle which has been furthest from the political agenda in the last two decades. The idea of ‘social justice’ was transformed (especially by Tony Blair) to mean something like ‘an equal chance of being unequal’. The idea that if we all have an equal right to gain a disproportionate share of the wealth then equality has been achieved is simply ridiculous. It is not how we arrive at injustice that is the question but whether we arrive there at all. Refocussing policy on not just equality of process but greater equality of outcome will be a major task of the Foundation.

• That people should have the democratic power to influence their workplace and social institutions. We have drifted into a view of the world around us that suggests our role is only to influence through the money we spend. The 1990s concept of ‘lifestyle marketing’ tried to persuade us that it was what we did in our private life that fulfilled us and that ‘social life’ was just something we were subjected to. So the idea of having a say in how the institutions that surround us work is now seen as both radical and an obscure minority pursuit. We have to rekindle the idea that everything from our colleges and universities to our workplace or the bodies which manage our resources and amenities should respond to our views. We have to redemocratise our lives.

• That quality of life should be at the forefront of political debate and not an afterthought. Where we have heard talk of quality of life in recent years it has always been about our ability to ‘buy happiness’ (“contentedness for me is three foreign holidays”). But quality of life is about much more than this. Why is it that when we meet our friends we all talk about how hard we find it to balance work and a rewarding home life. So why is this not seen as a political priority?

• That justice can only come from peace and support for human rights. Locally, nationally, internationally, we know that we cannot expect to create a sense of justice without recognising that this stems from the absence of violence and from the basic human expectations of fairness which are best understood as the ‘human rights’ agenda. Everywhere in mainstream politics you will find those who argue that justice is somehow compatible with violence and the domination of one over the other. This must be challenged relentlessly.

• That ideas, learning, arts and culture have the power to transform society and individuals. Again, how is it that arts, culture and education and ideas have become simple, functional concepts linked to our ability to gain employment or to the ability to generate profit? Scotland has been no better than the UK as a whole in celebrating ideas and culture as transformative elements of everyday life. This must change.

• That all these principles are underpinned by the importance of national identity and a vision for Scotland. There may remain some disagreement about the constitution among those on the left and centre left but that must not mean that we lose sight of the importance of ‘nation’. As a collective expression of individuals against transnational forces and as a focus for distinctive cultures the nation remains an important force in politics. We must not be afraid of national identity; indeed, we must seek to use it as a force for good.

These are the issues we expect to take up much of the time of the Foundation, but as yet they remain only principles. We will work hard to convert these into a full policy agenda. To begin the process, in this issue we have asked six writers to consider what these might mean for the sorts of policies and research the Foundation will work on.

But the Foundation is not a silo in which the same group of people talk to each other indefinitely. We hope it will become a focus for many people who want to express their own views on the way forward for Scotland and the wider world. So what do you think? What policies and ideas would you like to see the Foundation pursue? We’d love to hear from you – send your thoughts to contact@reidfoundation.org.