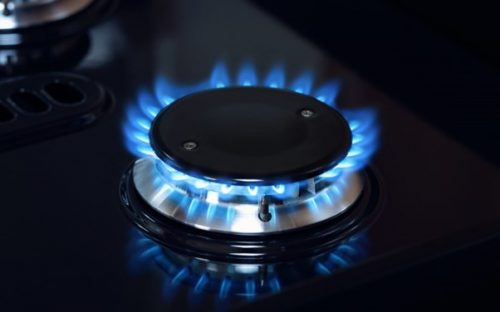 Derek McPherson tells a tale of corporate greed against the hoi polloi.

British Gas (BG) is bound to comply with Schedule 5 of the Gas Act 1995, which constitutes an agreement between it and the then Secretary of State for Trade and Industry. This agreement commits BG to treat ‘propane estate’ customers, that is, gas customers who rely on a local ‘off-grid’ network, on the same contractual terms as network gas customers. In the case of its ‘piped propane estate’ of Stornoway on the Isle of Lewis, that requirement came with the benefit of having the transportation and subsequent maintenance costs of the gas required to service that town, provided by government. This arrangement, funded by the Office of Gas and Electricity Markets (Ofgem), currently saves BG c£800,000pa. This, thus, ensures its profits from the town sitting atop this nation’s fuel-poverty table, are returned without the necessity of investment.

The most important part of the Schedule 5 agreement to BG’s Stornoway customers is they are entitled to the same BG tariffs as their mainland counterparts. In 2017, however, Angus MacNeil MP, upon discovering a constituent had been repeatedly refused, in writing, access to BG’s cheapest tariff, released a press statement asserting BG was ‘Massively overcharging’ his constituents ‘by between £600,000 and £1million per year’. BBC Scotland and STV also aired the story provoking more than forty Stornoway gas customers to complain that they too had been refused access to BG’s cheapest tariff. One of them took legal action against BG whilst another wrote asking why he couldn’t get a cheaper tariff, or change his supplier for that matter.

In response, Kathy White, a BG executive officer, advised him thus: ‘While Stornoway is theoretically open to competition, the high cost of supplying gas means that in practice, other suppliers choose not to supply.’ This was, of course, demonstrably untrue; because whatever the reason ‘other suppliers choose not to supply’, it is not the ‘high cost’ of transportation which, as we have noted, is met by Ofgem. Nor was this the first time BG had made this spurious claim. As far back as 2013, a BG Complaints Team Manager wrote to a different Stornoway customer informing him thus: ‘… if the market were opened up in Stornoway … would other energy companies be forthcoming in supplying the area in which you live at a loss?’

When the customer who had taken legal action against BG, became aware of Ms White’s letter he had her cited as a witness in order that she could explain, under oath, why BG had proffered demonstrably false information to a Stornoway customer. Enter BG’s representative law firm: Womble Bond Dickinson (UK) LLP (WBD). Yes, the same WBD which attempted to defend The Post Office (PO) against a mass action by Postmasters and mistresses who claimed, successfully, that they had been falsely accused of theft by the PO during what is now known as the ‘Horizon IT scandal’. In that case, WBD gained notoriety when it attempted to scuttle the case by have the overseeing judge, Mr Justice Peter Fraser recused by the simple expedient of accusing him of ‘bias’. That attempt to disparage the impartiality of a Judge was dismissed in a ‘scathing 17 page judgement’, by Lord Justice Coulson and the PO shortly thereafter threw in the towel. Along with £58m in compensation.

Even so, it was still shocking when, in response to a ‘Witness Citation Notice’ being served on Ms K White, WBD wrote to the court requesting she be excused from having to testify because she was: ‘a junior customer services manager.’ This action was referred to the Scottish Legal Complaints Commission (SLCC) with the allegation that WBD had sought to mislead the court by equating executive officer with a more junior post. The SLCC found the WBD solicitor had not attempted to mislead The Court because: i) The Practitioner does not capitalise ‘junior customer services manager’’; ii) ‘The letter does not otherwise suggest that this is her official job title.’; and iii) The description, ‘would not, on a subjective reading, be considered to be false and misleading’.

So, the SLCC report absolves the WBD solicitor because: he proffered the information in lower case, he stated it only once, and if the Sheriff who read it had done so ‘subjectively’, he wouldn’t have noticed.

For the record, BG won that case and despite Richard Burnell a BG Investigations Manager conceding, under oath, that the information in Ms White’s letter was ‘inaccurate’, Sheriff Christopher Dixon, who had taken the case from Sheriff Fleetwood, specifically commended Ms White’s ‘reliability’ as a witness.

But the fight goes on. Battles are being won. In 2020, WBD raised an action in The Court of Session in an attempt to have a blog which catalogues the entire Stornoway gas battle, removed from the internet. As the Court of Session denied this. Undeterred, it tried again. That attempt culminated with a headline in the Daily Mail on 17 June 2020: ‘British Gas fails in fresh bid to silence isles blogger’. The blog which The Honourable Lady Poole deemed perfectly legal can be accessed at: https://britishgaslawlessness.blogspot.com/2020/07/episode-8-open-letterto-our-mp-angus.html?m=1

After graduating from Strathclyde in 1993, Derek McPherson spent a year in Portugal researching the novelist, Jose Maria de Eca de Queiroz. Then he taught English in university, prison and secondary school. In 2006, open a guest house. At the moment, his BG battle is conducted on a full-time basis.