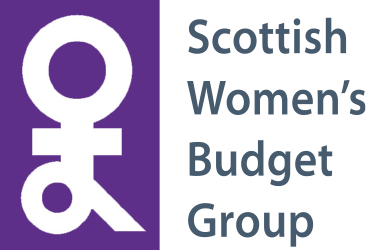 The Covid-19 crisis is not over for communities across Scotland but it is being closely followed, or eclipsed, by the impact of cost-of-living crisis. Individuals, households and communities are facing uncertain and deeply challenging times as costs keep rising, while there remains the longer term need to respond to climate change through a just transition.

Dealing with these challenges requires bold action and amidst the turmoil could offer an opportunity to right existing wrongs in our economy, depending on how governments respond. For many people our economy has never really worked. As we face this triple threat of continuing Covid, the climate emergency and the cost-of-living crisis, building a caring, green economy is crucial for Scotland’s management of the crises and recovery. Ensuring this is a gender equal economy with actions that tackle long-term inequalities can lead to an opportunity to create an economy that works for everyone. But to do this we need to tackle structural inequalities. So, this article will outline some key principles for building a caring, green economy that puts equality at its heart.

Women and men continue to experience inequalities in pay, in employment and promotion opportunities, and in the harassment and abuse they experience, with women being more likely to experience poverty at all points in their life. Women still have more responsibility for unpaid work including childcare, care for older or disabled people, and domestic work. For example, in a survey conducted by the Scottish Women’s Budget Group (SWBG) earlier this year 64% of women responding on how they manage childcare had either reduced working hours, compressed hours or given up paid work, whereas respondents reported 31% of partners making changes to their paid work pattern, with men most often compressing hours whereas women most often reduced hours. For many women, this means a greater reliance on public services and can limit the time they have for paid work and other activities.

The current cost-of-living crisis will not impact everyone equally. Those on the lowest incomes will be hit hardest. Of those working on less than the real living wage in Scotland 60% are women – women are more likely to experience poverty, particularly disabled women, women from ethnic minority communities and migrant women. Similarly, the economic impacts of the Covid-19 pandemic were not felt equally with the same groups being hardest hit. Glasgow Disability Alliance published research in March this year which described the ’triple whammy’ that disabled women experienced during the pandemic, describing the combined and cumulative impact of being disabled, being a woman and dealing with Covid-19. Women continue to be on the frontline of the Covid-19 crisis, making up the majority of health and care workers and the majority of workers at high risk of exposure to Covid-19. Other sectors which have a predominantly female workforce, such as hospitality, were hardest hit by the impact of lockdown. Women are more likely to be poor, have lower levels of savings and wealth and are less able to increase paid work than men due to caring responsibilities.

The UK Women’s Budget Group has found women are also often the shock absorbers of poverty, tending to have the main responsibility for the purchase and preparation of food for their children and families and for the management of budgets in poor households. In February and March 2022, SWBG ran a survey targeting women which received 425 responses. This survey focused on women’s local public spending priorities. It was clear from the responses that the cost-of-living crisis was an issue of key concern. Thirty-two per cent of those who responded said they were unable to manage energy costs before the last increase on 1 April 2022, and concern about future rises in energy bills was already impacting on people’s household spending and their behaviours.

In open response questions, women highlighted the stark challenges they were facing: rising energy prices for carers and those with disabilities who are unable to reduce their heating costs without impacting their health; covering travel expenses to care for family members outside their household; and choosing between heating and eating. Numerous women also highlighted their concern that they were unable to afford any extras to cover house repairs, new clothes or outings – this will impact on Scotland’s economic recovery from Covid-19. When asked to share their top three priorities for local action, anti-poverty measures were highlighted as the biggest priority for women who responded to the survey. 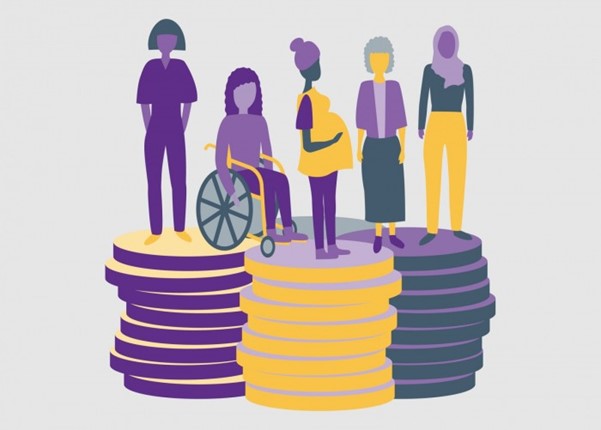 Economic choices and structural inequalities leave women, particularly marginalised women, vulnerable to the shock of crisis. Change is needed to remove the vulnerabilities that these structural inequalities bake into our economic system. Creating a gender equal economy will take political change in Holyrood and Westminster. There are six key principles that need to be part of this change:

1. Building a just feminist green recovery – responding to climate change can tackle existing inequalities in Scotland. The response to the cost-of-living crisis and the recovery from Covid must also set us on a greener path but this path must recognise the need to tackle inequalities as we reduce our carbon emissions. Core to tackling climate destruction is valuing life-sustaining livelihoods, including the care economy. This means a new deal for care workers whether in social care, unpaid care, childcare, teaching, or health care. It’s time that care jobs are recognised as green jobs.

2. Investing in care – building a system that puts wellbeing at the centre and invests in the people who are supported by it and the care workforce. Care work is overwhelmingly carried out by women and is a key sector in our economy. Yet it is undervalued and has suffered from chronic underinvestment. Care has long lacked recognition for its role in the economy, including most recently in the Scottish Government’s National Strategy for Economic Transformation. This lack of investment must be recognised as both a cause and consequence of an unequal society.

Perceptions of care work have changed through the course of this pandemic and with government commitment to creating a National Care Service. Now is the time for significant investment in our care services and those who work in them. Building services with the participation of those who use them, with local flexibility underpinned by a human rights  approach and a clear gender analysis. Incorporating Scottish Government priorities around  the Fair Work agenda is a key strand: the Fair Work Convention has reported that fair work is not consistently in social care and often the failure to deliver fair work is driven by funding and commissioning systems.

3. Transform the worlds of paid and unpaid work – providing time for both women and men to care. During the Covid-19 crisis the reliance on unpaid care work has increased and continues to be higher than pre-pandemic levels, with social care and support packages reduced and reductions in respite care. In SWBG’s Women’s Survey of those who responded on questions around social care, only 11% said the care package fully supported their needs. It’s time for ambitious change that seeks to redistribute caring and unpaid work responsibilities between women and men, and between the family and the state. This includes investment in universal basic services including childcare and social care, areas of devolved control and transforming care policies including parental leaves and other care responsibilities – powers that currently sit at Westminster.

4. Create a caring social security system – providing people with a dignified safety net when they need it. Social security should provide everyone in society with a safety net and support when needed. Yet successive crises highlight how inadequate the provisions are and this hits women hardest as women have a greater reliance on social security. There are also areas where women will have particular needs: for example, support to women who experience domestic violence or particular vulnerabilities that women face with no recourse to public funds. The challenge for Scotland is creating a caring social security system and using the powers available in Scotland to increase incomes and lift people out of poverty. Yet greater levers are held at Westminster to transform the system and scale of the safety net, and it is at this level we need to see substantial change. An urgent increase in benefits is needed as well as ending harmful policies such as the benefits cap and the two-child limit and the ‘no recourse to public funds’.

5. Develop the tax system to promote fairness and equality. How governments generate income through taxes has an important role to play in tackling inequality. Decisions about how best to raise public funds through tax can affect women and men differently. In Scotland, as across the UK, the unequal taxation of income from wealth and income from work represents a tax break for wealthy men. We need to see government decisions at all levels that build fairness into our tax system, and that work together with public spending decisions to tackle inequality.

6. Deliver gender mainstreaming in policy development – putting theory into practice. In order to deliver on each of the principles outlined above those making economic decisions in Government must ensure that each decision recognises the different needs and experiences faced by different groups of women and men. There are tools that should be used in government to make sure this happens. Ensuring equality issues ate at the core of budgeting and policy making processes, Equality Impact Assessments should be undertaken early in these processes and reviewed to ensure there are no unintended consequences from implementation. This process of intersectional gender budgeting is a long-term commitment to building equality into decision-making and is needed at all levels of government and across public bodies. Alongside this Government (at all levels), public bodies and civil society have a role to play in challenging attitudes and beliefs within society which are instrumental to these inequalities being embedded.

As highlighted throughout, action is needed by governments in both Holyrood and Westminster to build a gender equal economy. As is referenced widely by the Scottish Government, Scotland needs to present a balanced budget. The current fiscal framework sets out the parameters of where funds for the Scottish Budget come from, including the Block Grant, tax income and adjustments based on social security and tax intake. Scotland’s borrowing powers are limited to specific circumstances and levels under the fiscal framework, which is currently under review. An independent report on fiscal powers has been commissioned and is due to report later in the year – with potential scope for change if both governments agree. The Scottish Government has also committed to reviewing the fiscal framework it holds with local government and how local budgets are determined. Whether or not changes are made to the fiscal agreements will only make a difference to building a caring, green economy if those powers are used intentionally to build equality and contribute to our nationally agreed outcomes under the National Performance Framework.

As we enter another period of economic turmoil, focusing on principles to change the systems that create inequalities and vulnerabilities within our society is the only step to protecting people in the short and long term. A caring economy is possible and needs us to work together to create change.

Sara Cowan is the Coordinator of the Scottish Women’s Budget Group – see www.swbg.org.uk