Any crisis, be it at individual, community or global level, forces an urgent re-think of the way we live. This time is no different. Pressures on the environment and current financial dilemmas are forcing people to search for new solutions. It is a very difficult period to live through, filled with fear, uncertainty and suffering. However, times like this can also bring huge potential and opportunity, promising real and lasting positive change. And the voluntary arts have a huge role to play – in creating and sustaining a new way of living.

One of the biggest changes we have to make is in the area of environmental sustainability and most of us, at least in the developed world, have begun to adopt behaviours that protect and sustain our natural resources. But what we are also starting to realise is that it is not possible to separate our environmental actions from the rest of our lives.

Many advocates of ‘sustainable community development’ emphasise both quality-of-life issues and the importance of group cohesion and a sense of community. They point to values such as co-operation, sharing, open dialogue and communication, creative freedom and expression, health and wellbeing, equal opportunity and respect for difference, happiness, non-violence, friendship, self-respect, a sense of fulfilment, spiritual connection and a sense of the meaning of life. All these things are at the heart of our flourishing as human beings and as members of society. They are what sustainable life is about. And it just so happens that many of the benefits of participating in the voluntary arts embody these values.

Artists, perhaps more than others in the community, tend to be more open to questioning the status quo and to seeking new and more appropriate solutions. Essentially, this is because the arts help us to make sense of life. Exploring what life means to us touches us deeply and enables us to act on and shape our lives. Sharing this process through metaphor (i.e. artwork) contributes to our understanding of both others and ourselves.

This opportunity for self-expression, self-definition and the chance to see the world from another’s point of view in turn contributes to individual, social and community growth and cohesion. As Donald Dewar said, ‘It is through engagement with culture in its widest sense that people are enabled and communities strengthened.’

On an individual level, the enjoyment and pleasure gained from participating in arts and crafts activities creates an all-round sense of wellbeing and happiness, reduces stress and anxiety and even helps healing in times of ill health. Participation increases self-confidence and self-esteem and so improves people’s personal lives and their ability to make social connections – friendship is a vital element of fulfilled and healthy living. All these factors are cited as good indicators of quality of life.

Engaging in social interaction through group arts activity is also important because it increases networking, co-operation and partnerships and enables individuals to gain new skills like team work, negotiation, communication and administration. As a result they become capable of setting up new activities and groups in the community – all of which contributes to local self-reliance and strengthens community co-operation.

Significantly too, the voluntary arts provide a means for people to share their cultures with others, promoting harmony, understanding, tolerance and co-operation between different communities. And voluntary arts activities can encourage sociability in areas where social connection has been eliminated by poverty, crime and mistrust – local arts groups enable people to become involved in community activities that are affordable, close to home, in a neutral and safe environment and appropriate to the backgrounds and aspirations of the participants. 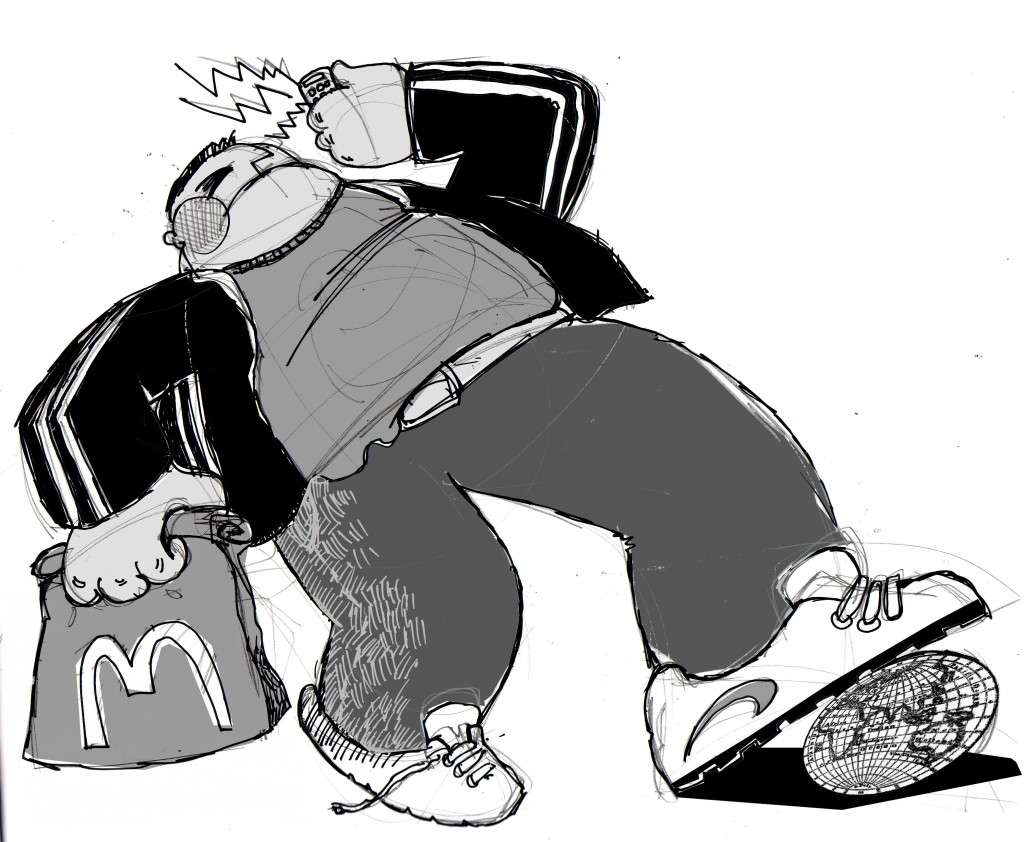 Similarly, engagement in the voluntary arts plays an important role in celebrating and preserving local cultures, traditions, and heritage which helps to strengthen local identity. Residents who feel good about where they live are more likely to become involved in new community schemes including environmental improvements.

So, what is exciting now, as we search for new direction, is that many of the skills and gifts, artistic and otherwise, that are necessary for the shaping and creating of a new sustainable world are already present in our communities. Our task is to identify, develop and support them and encourage ways to build connections between them that will multiply their power and effectiveness.

However, an essential key to the effectiveness of this process is to recognise that most voluntary artists do not work in isolation. They belong to an art or craft group. It is the social relationships that fuel local associations and informal networks, and the skills, talents and solution finding abilities that these citizen’s ‘associations’ hold, that will come to play a vital role in creating a sustainable future. Associations, less formal and much less dependent upon paid staff than formal institutions, are the very vehicles through which citizens can assemble to solve problems, share common interests and activities and create the glue that binds communities together.

This in turn creates a sense of empowerment and ownership of the development process, which strengthens people’s confidence in their own capacities, inspires them to take action and enables them to shape and determine positive, and lasting, change. When this happens, people become confident that they can count on their neighbours and neighbourhood resources for support, and a sense of efficacy based on interdependence and strength develops.

Most communities harbour significant numbers of associations of various kinds, not least artistic and creative. However, the depth and extent of this associational life in any community has been vastly underestimated. This is particularly true of socially excluded communities. Informal groups – those that already exist as well as new ones that will emerge – will be indispensable aids in the creation of a sustainable future, and many of them could become full contributors to the development process.

Given the significance of the contribution of artistic activity to sustainable communities, and the role voluntary artists and arts groups could and will play in the big picture of the future of the planet, we must ensure that the voluntary arts are not overlooked by policy makers and funders

Ginny Brink is part of the Voluntary Arts Network.

The voluntary arts and crafts sector is made up of groups that Voluntary Arts Network describes as: ‘A free association of individuals for the purpose of making, doing, promoting and presenting the arts and crafts.” Most of these groups are run on a volunteer, ‘amateur’ or ‘for the love of it’ basis and cover a wide variety of arts and crafts forms, from brass bands to drama clubs, quilters, festivals, music, weavers, calligraphy and photography.

Many local volunteer-led cultural clubs and societies are members of national umbrella bodies and function far more efficiently through this affiliation. They are better able to recruit, sustain and support the volunteers who donate their time to make a difference in their neighbourhoods. This was evidenced recently by the findings of a Treasury Review of the Voluntary & Community Sector (www.hm-treasury.gov.uk/d/CCRVolSec02.pdf). Examples include Feisean nan Gaidheal (the Gaelic Music Youth Tuition Festivals) and the Scottish Glass Society.

By giving up their time and giving contributions, volunteers are quite possibly the largest funders of arts and crafts activity. The Scottish Community Drama Association has gathered evidence that some pantomimes presented by members in rural areas keep their village hall (a vital facility) ‘alive’ for the rest of the year. Talking of value – some figures for the voluntary arts and crafts sector in Scotland:

Volunteer-led initiatives often have more than just fun at their heart and can bring real change to those taking part in them, and their communities. Theatre Nemo in East Kilbride, was set up on a voluntary basis to explore how drama and music can help people with mental health issues. It has evolved into an award-winning organisation, helping many people in prison see a potential new way to live their lives. And volunteers are still an essential part of Theatre Nemo’s make up.

The Gorbals Arts Projects and Craigmillar Arts both started because people in those communities asked why they didn’t have the same access to arts and crafts activity as others. And then they did something about it – on a volunteer basis. The Feisean movement initially came from a desire to make sure Gaelic was being passed onto the young people in Barra. Nobody waited for the government, or anyone else, to do it.

Volunteering can be an important part of keeping traditions alive and passing them onto others. The Government’s recent Scots Language Audit recognised this input when it cited the Traditional Music and Song Association as nurturing Scots culture.

The core audience of Voluntary Arts Scotland’s work are key to the success of the cultural life of the Scotland. The amateur sector provides much of the entry and grounding for those who continue on to careers in the arts and crafts, as well as the audience who watches them. As the importance of supporting citizens’ right to creative expression continues to grow in Scotland, so too will the role of volunteers and their paid staff in delivering these public services. Ensuring they have adequate funding and good quality, affordable local facilities in which to take part in their artistic endeavours remains crucial.

We are also finding that as people continue to worry about their finances, they are increasingly turning to the arts and crafts that once were spurned. Through this they are not only finding ways to save their pennies, but the companionship and fun that goes along with knitting, dancing, playing etc as part of a group. We would like to see all people have the opportunity to reap those benefits.