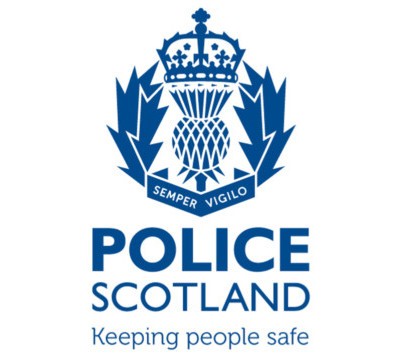 Sheku Ahmed Tejan Bayoh was a well-liked, hard-working young man, with no previous history of violence, when he died age 31. He was a loving partner and proud father of 4 month old, Isaac, and 3 year old, Tyler. Sheku moved to Britain from Sierra Leone when he was 11 and joined his sister in Kirkcaldy when he was 17.

On 3 May 2015, he left his home between 7.00am and 7.15am and walked about a mile. Police officers responded to several calls from members of the public of a black male acting erratically with a knife. Two police vans and 5 police cars were dispatched and 9 uniformed police officers attended the scene. Several officers confronted Sheku and a minimum of 5 were involved in his restraint.

Sheku’s family believe his behaviour was totally out of character. He was under the influence of drugs and his family believe whilst police have the right to defend themselves, any use of force has to be at all times lawful, reasonable and proportionate. The family subsequently learned Sheku was not carrying a weapon at the time the police arrived, he did not use a knife on the police nor was one ever found upon him.

Despite an attempt to smear Sheku after his death through ‘police source leaks’ to the media, he did not attack police officers with a knife or a ‘machete’. The family also now know Sheku did not attack the police first but that he was attacked by them not once, but several times even though he had not acted violently. It was following this that a police officer was injured.

It has been confirmed that CS spray, Pava (pepper) spray and batons were used by uniformed police officers on Sheku as he was restrained and brought to the ground by several officers within 42 seconds of their arrival. Some officers stated they believed they were under ‘terrorist attack’. Sheku was also handcuffed and restraints applied to his knees and ankles. Shortly thereafter, he lost consciousness and died. His body was covered with lacerations, bruising and a broken rib.

At 7.34am CPR was attempted at the scene, an ambulance was called and he arrived at the nearby Victoria Hospital at 7.45am but despite attempts to resuscitate him he was officially pronounced dead at 9.04am. Reports were also issued shortly after his death that a police woman was stabbed but these turned out to be completely false.

Following his death, over the course of the next 6 hours, 5 different versions of events were given to the family by police officers. Initially, both Sheku’s partner, Collette and his family were told by police it was a member of the public who found his body and the police were looking for 2 individuals.

The family does not understand why the officers involved in engaging with Sheku were allowed to sit in one room together for several hours, whilst they refused to provide statements to the Police Investigations and Review Commissioner investigators and failed to do so for 32 days. The officers were not immediately suspended ‘without prejudice’ after Sheku’s death. To do so is not to pre-judge the investigation’s outcome but ensure neutrality, integrity of the investigation, transparency as well as protecting officers involved in such incidents.

Positional asphyxiation was suspected which is a form of asphyxia which occurs when someone’s position prevents the person from breathing adequately. Drugs were also found in Sheku’s blood stream which led to behaviour which was totally out of character.

From the very beginning Sheku’s family placed their faith in the Lord Advocate, Police Scotland and PIRC to act decisively to restore confidence and satisfy the need for a demonstrably independent investigation. Sheku’s family and the Scottish public deserved to have a robust, impartial and transparent investigation into his death which scrutinised the individual conduct and tactics of police officers present at his detention and restraint and those in command of them when Sheku died.

The use of CS spray and dangerous restraint techniques poses questions about the power of the police and must be subject to public scrutiny and approval so that future deaths and injuries to the public can be prevented.

The question of race has always been the elephant in the room. Sheku’s family do not feel he would have been treated in such a manner had he been white. A BBC investigation revealed the family of one the officers who restrained Sheku had a violent history and it was alleged that he ‘hated black people’.

Sheku’s family believed there should be no impunity for those found to be involved in any criminality, misconduct or impropriety. On 3 October 2018, the family met with the Lord Advocate, Scotland’s top prosecutor to be told there would be no criminal proceedings against the officers. At this point in time, we are preparing to seek a review of that decision but expect that the police officers will simply walk away.

The family have requested Cabinet Secretary for Justice, Humza Yousaf, orders a full judicial public inquiry to ensure that the full facts of the circumstances of Sheku’s death are brought into the public domain, including a focus on Police Scotland’s use of CS spray, restraint techniques, the question of race and the circumstances in which they operated on 3 May 2015.

Whilst it is often fashionable to talk of ‘black lives matter’ in the USA or London, this happened on our streets in Scotland. Nobody should be allowed to evade accountability or frustrate the investigation process and Sheku’s family will not rest until they have the truth.

Aamer Anwar is the leading human rights lawyer in Scotland and the solicitor for the family of Sheku Bayoh.