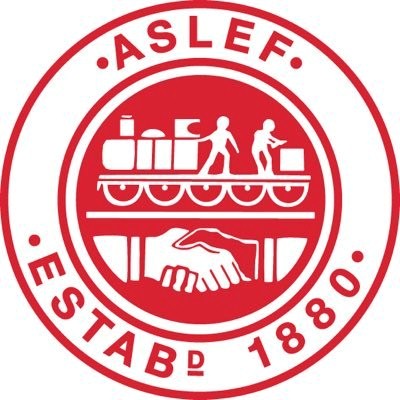 ASLEF backed Brexit – the campaign to leave the European Union – in the referendum in Britain in 2016. Not because we wanted to stand shoulder to shoulder with Nigel Farage – a man memorably described by The Economist as ‘a saloon bar bore’ and with whom we had, and have, nothing in common, politically, industrially, or ideologically. Instead it was because we believe the EU has become a rich man’s club which offers plenty for the boss class – for the neo-liberals whose siren calls echo around the corridors of power in the capitals of Europe – but very little for the ordinary hard-working men and women trying to earn a living in this conservative age of austerity.

I’ll be frank. We didn’t realise that the Tory government was going to make such a horse’s arse of leaving the European Union. I was a district organiser for ASLEF before I became general secretary, and I know that our eight full-time divisional organisers, and our company council reps, are much, much better negotiators than the risible lightweights Theresa May has sent to try and do the business in Brussels. And, while I know that she was a ‘remain’ supporter during the referendum campaign she did, famously, say ‘Brexit means Brexit, and we will make a success of it’ when she succeeded David Cameron as Prime Minister.

Now there were cynics who suggested that ‘Brexit means Brexit’ was one of the more fabulously fatuous remarks of the twenty first century. But many of us took it to mean that there was no going back, and that May would be able to do a deal that was good for Britain. That, after all, was the promise she made.

But it doesn’t look, right now, as if she will be able to do a deal at all. And any deal which she does put before Parliament – or, if some people get their way, the British people in another referendum – looks as if it will fall far short of what Boris Johnson, Liam Fox, David Davis – so memorably lampooned by Duncan Wisbey on Radio 4’s Dead Ringers as hapless Brexit Bulldog – and the other Brexiteers cheerfully promised during the referendum campaign just two years ago. £350 million – remember the Boris bus promise – for the NHS, anyone?

At the heart of our objections to the European Union were a couple of proposals which we knew would be bad for Britain, in general, and bad for the railways, in particular – the European Commission’s Fourth Railway Package and the Transatlantic Trade and Investment Partnership (TTIP) with the United States.

The Fourth Railway Package is a controversial set of proposals which would foist the British model of rail privatisation on the rest of Europe. Now we know that privatisation does not work. It’s not the right model for Britain and it’s not the right model for Europe. But this package, which despite the reservations of many MEPs, and protests from rail workers across the continent, is the one the neo-liberal ideologues at the heart of the EU are determined to foist on people whether they want it or not. It will turn what we see, and is still seen in many European countries, as a public service into an opportunity for a few firms to plunder a private profit.

Because privatisation has not worked, does not work, and will not work in what is – like other public services, such as the provision of gas, water, electricity and the Royal Mail – a natural monopoly. The model is broken and is selling Britain – passengers, taxpayers, and those of who work on the railway – woefully short. In the last 20-odd years, since John Major privatised our industry in the 1990s – a privatisation, incidentally, which even that arch-privateer Margaret Thatcher described as ‘a privatisation too far’ – we have seen our rolling stock get older, our trains get more crowded, and our fares go right through the roof. We now have the highest passenger fares in Western Europe. Why? Because of privatisation! 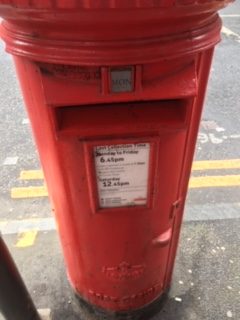 TTIP was a free trade and investment treaty being negotiated, in secret, between the EU and the US. It was, and is, unnecessary, as the EU and US already enjoy strong trade and investment relationships, with tariffs at minimal levels. So why were – and are – some companies so keen to see this new deal signed? Because the aim was to remove barriers which restrict the profits transnational corporations can make.

The problem, of course, is that what global corporations perceive as barriers include vital regulations protecting our labour rights, food safety and banking safeguards. It might be handy for a profit-hungry corporation if it didn’t have to comply with pesky social and environmental regulations – many cheerfully admit they would like to live in a free market Wild West – but it would not be very good for the rest of us. TTIP appeared to wither away – first there were problems in the European Parliament and then Donald Trump seemed to prefer to pursue his aggressive America First policy – but there are signs that this zombie deal has been, rather quietly, resurrected behind the scenes.

Britain’s public health and education sectors have suffered gradual privatisation – under, sadly, ‘new’ Labour as well as the Conservative-led coalition and now the Tory government of May – and TTIP or TTIP2 or whatever else the bureaucrats in Brussels might like to call it would only accelerate this transformation of our public services into privately-run sectors. For those who want to make a private profit at public expense.

As the aim of Brexit was – and, I hope, still is – to take back control of our destiny it would be totally wrong to sell the people – and the public sector – out to the EU or the US. We do not want a Brexit deal with the European Union – or any deals with other countries after Brexit – which would make it easier for companies to source goods and services from countries, such as the United States, where labour standards are lower, or to eradicate workers’ rights, such as collective bargaining and our right to organise, on the grounds that they restrict a company’s business model and its profit margins.

Remaining in the single market would make our decision-making process even less democratic here in Britain as we would still be bound by EU directives without having a voice around the table as they are drawn up. Norway, for example, a country often touted as a possible template for Brexit, incorporates single market rules as they are made in Brussels and Strasbourg. And we should remember that the Norwegian government’s recent Outside and Inside Report concluded that, through its single market membership, Norway is three-quarters integrated into the EU compared to a typical EU member country.

And state aid – or any kind of preferential treatment designed to protect or promote specific companies or strategic industries, such as steel, for example, whether in the private or the public sector – is banned as a distortion of competition under Article 107. The EU Commission may grant very limited or temporary exceptions but has indicated that it is highly unlikely that these would not be granted to Britain. As we prepare to leave the European Union on 29 March 2019 we need to ensure that the terms on which we leave – whatever the deal, or no deal, and however it is sold to us by Noel Edmonds, Theresa May, or Boris Johnson – does not leave us in a worse position than we are at the moment – because that wasn’t what we voted for.

Mick Whelan spent 34 years on the railways, and all as an active trade unionist. Elected general secretary of ASLEF, the train drivers’ union, in 2011, he became chair of the Trade Union and Labour Party Liaison Organisation, which co-ordinates the activities of the 12 affiliated unions, in 2016; and was elected to Labour’s national executive committee in 2017.