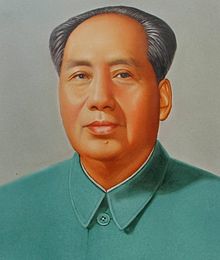 The sociologist, Max Weber, identified three types of authority. Traditional authority is rooted in the past. Rational-legal authority is about predicable rules and reason. Charismatic authority is based on the personal appeal of an individual leader. The left has always been against traditional authority as a prop of deference, privilege and inequality but it persists in Britain in the hereditary monarchy and the media worship of all things royal. Rational-legal authority is often seen as the mark of a modern society, embracing the rule of law and the application of science. Yet, in the wrong hands this can degenerate into technocracy, the search for purely technical solutions to what are essentially political problems. Some of the early Fabians, such as the Webbs, were prone to this, as was ‘new’ Labour with its emphasis on ‘delivery’ and ‘what works’. On the other hand, disdain for scientific knowledge can lead easily to Michael Gove and his dismissal of ‘experts’ or to Donald Trump’s fantasies about climate change.

Charismatic leadership can lead to the suspension of critical judgement and leader worship. The left has historically been prone to this and to the creation of unlikely revolutionary heroes like Che Guevara, Mao Zedong or Hugo Chavez. Nearer home, there is the extraordinary cult of Jeremy Corbyn, from the t-shirts to the ritual chants. It is difficult to know why some leaders are seen as charismatic or how they become so. Often it is less to do with the leaders themselves than to the need of followers for a visible focus and personification of their deeper feelings.

A distinct feature of modern politics is that of populism, a style of leadership rooted in the people but, in fact, detached from popular control. Instead, the leader sets himself (and sometimes herself) up as the embodiment of ‘the people’, an entity credited with a singular will and placed against various enemies or elites. It is ironical but no accident that the populist leader is often drawn from the most privileged sectors of society and dedicated to persuading poor people to vote against their own self-interest. Think of Donald Trump, Silvio Berlusconi, Marine Le Pen – or Vladimir Putin with his roots in the Soviet secret services and network of business oligarchs. Populist movements are notable for their lack of internal democracy or tolerance of dissent. Italy’s Five Star Movement is notorious for its lack of transparency or internal democracy and for the domination of its leader, Bepe Grillo.

Populism was also at work in the Brexit campaign, which appealed to different audiences on different grounds, while carefully avoiding setting out a coherent programme or even stating what Brexit meant. Another modern tendency is focus-groupery, trying to find out what people want and then ‘triangulating’ around it, a ‘new’ Labour favourite. While seemingly bringing politics close to the people, this may just close off radical alternatives and encourage governments to avoid hard choices. It is also open to manipulation.

Yet, for all its problems, leadership is an inescapable element in progressive politics. Political movements need to articulate a message and a programme and to explain complex ideas in simple language. Bill Clinton and Barack Obama at their best showed how this could be done and that political communication does not have to be reduced to the inarticulate rantings of a Donald Trump in order to be effective. Martin Luther King and Nelson Mandela changed the terms of political debate in their countries and the world. Faced with the hegemony of neo-liberal ideology and facile comparisons of the national economy with a household, someone in our times needs to present a convincing counter-narrative. Winning elections depends on convincing voters that there is an alternative. Progressive politics also depends on re-establishing the idea of a shared public domain and showing how, in the long run, economic growth and reducing social inequality are complementary and not competing aims. Leadership can change the terms of debate on matters like migration, where populists have found it easy to create division and false enemies. It can be shown that individual interests and the public good are not antagonistic and that individual liberty and prosperity are possible only in a cohesive society.

Democratic leadership is not the same as charismatic or populist leadership and is much more difficult. Its essence lies in deliberation where ideas are thrashed out and then translated into policy. Specialist knowledge comes in, not because ‘experts’ know more than the public, but because they possess different, and complementary, forms of knowledge (for the record, I never describe myself as an ‘expert’ on anything).

In their day, the political parties played this role but they have since been hollowed out. The recent revival of membership does not seem to have been matched by a rise in deliberation and bottom-up policy-making, as all the parties in Scotland and across Britain show. Instead, there is reinforcement of leadership and control from the top. New social movements, around gender, environmentalism, poverty and other issues, have been the ones to generate new ways of thinking but are weakly linked into our political parties. Social media and the 24 hour news cycle might have served to revive public debate and deliberation but appear instead to have made political leaders increasingly risk-averse.

In his recent memoirs, Gordon Brown repeatedly regrets his inability to convince the public of the merits of his policies on addressing poverty, public spending and fiscal stimulus in response to the global financial crisis. Instead, a cabal of senior civil servants and the Conservative Party, with the help of the Liberal Democrats, created a story about persistent over-spending and deficits and the need for drastic retrenchment. It only took two years for austerity to fail and seven years later, balancing the budget has effectively been abandoned as an objective but the neo-liberal narrative remains in place.

Reforming governments in the past (the first Gladstone government, the 1906 Liberal government, the 1945-1950 Attlee government) combined the willingness to think radically with the leadership to carry through their programmes and to explain them. This was not the work of single individuals but of strong leadership teams. They saw their opportunity in the changing world and they took it.

Politics in Britain is currently leaderless, as the parties manoeuvre for short-term advantage. Politicians are increasingly drawn from a closed and self-referential group of career politicians who know everything about tactics but little about strategy. To be effective, political leadership also needs to link into leadership on other spheres, as a strong civil society is an essential feature of pluralist and deliberative democracy. Perhaps, we could award a prize for leadership on two critical issues. First, can any politician in Britain show the way out of the current mess that is Brexit? Without it, we are heading towards the worst of all worlds. Second, can any politician in Scotland tell us that, if we want to save our public services, we will have to pay more taxes? They might be surprised to find that taking what Sir Humphrey Appleby would call ‘courageous’ decisions could gain them a lot of respect.

Michael Keating is Professor of Politics at the University of Aberdeen.