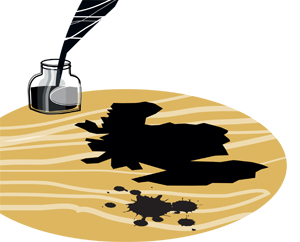 You wouldn’t think it from the anodyne bun-fight played out in the 24-hour news cycle over the referendum, but independence is a once-in-a-lifetime opportunity to reshape Scottish society. For those of us longing for a more equitable society it opens the door to a state where privilege, schooling and networking do not dictate who our leaders are, where the centuries-old stratification of our society can be shaken like a snow globe and made better. It’s about changing not just who governs us, but how we are governed and where power lies. Establishing priorities, rights and responsibilities by and for the people who live and work in Scotland then becomes the manifesto by which the Government (of whatever persuasion) must abide.

We can cast off the perverse pride that Westminster holds on being one of only three democracies without a written constitution, where Parliamentary sovereignty reigns supreme and locks in place a system that discourages participation and interest in how we are governed. Notwithstanding plans to bind the next Parliament to an in-out EU referendum in 2017, these ideals (if they can be called that) are not likely to change any time soon – the constant sabre-rattling broadsides against the ECHR emanating from Westminster hardly suggest that the Mother of Parliaments is ready to roll back the boundaries of the muddled, unwritten morass of UK constitutional law to suit its citizens any time soon.

After a Yes vote, the establishment stranglehold on democracy will, momentarily, be broken. The moment must be seized. If the Scottish state is to be reshaped so it’s not simply a paler shade of the UK, then the long-lasting constitutional apparatus of the state must be debated and decided upon by the people – not by the politicians.

As things stand, we live in an ossified democracy, where generations of paternalistic governance and false hope after false hope have hollowed out participatory democracy. Jimmy Reid’s famous rectorial address identified the roots of this alienation as lying within our political system:

“It’s the frustration of ordinary people excluded from the processes of decision making. The feeling of despair and hopelessness that pervades people who feel with justification that they have no real say in shaping or determining their own destinies”

My support for independence has always stemmed from a belief that involving people in their communities, and returning as much power over local matters to local people, is the best system of governance, and is a system that the broken stasis of Westminster will not deliver. The work of Nordic Horizons and the Jimmy Reid Foundation in laying bare just how little the citizens of this country are trusted to run their own affairs in comparison to other countries has only further proven how our centralised, demoralising institutions are broken.

With independence, we can change these relationships between those who govern and the governed. We will finally have a chance to put in place a written constitution that codifies the relationship between the different branches of government and, most importantly, enumerates the rights that every citizen can reasonably expect. Although there will undoubtedly be differences of opinion on what these rights and relationships should be, the process of putting together this constitution for a new Scotland, if done inclusively and positively, could really help kick-start political engagement in our new nation and lay down a marker that Scotland is changing for the better.

However, the window for achieving this change is narrow. The state of flux that a vote for independence will bring will not last forever, and by the time Scotland goes to the polls to elect its first independent Parliament in 2016 our opportunity could already have been lost, particularly if partisan rancour stalls any movement towards an all-party and no-party ‘Team Scotland’ approach to post-independence negotiations.

The ‘no-party’ element of any constitutional process is, to me, the more important factor. In the few meetings that I’ve had with what could loosely be termed Scottish civic society, there’s clearly a lot of interest in the process of writing a new constitution for Scotland. The work of So Say Scotland, who have been providing a politically neutral space for small groups to think about the issues surrounding the independence referendum, is just one of many examples of how pooling resources and innovative thinking across civic society can have a positive impact on political engagement and encourage those who feel like their voices are never heard to take part and speak up.

What the Scottish Government has said so far on the process of adopting a written constitution is very encouraging for those of us that want to see an organic, grassroots approach. The Scottish Government have already stated that“when the process of determining the constitution gets underway, [it] will be just one of many voices”, and that it “should be prepared in a spirit of national unity”. In other words, after the referendum. The Government has also proposed the establishment of a Constitutional Convention, with an encouraging nod towards the Icelandic process, as an integral part of this process.

The Icelandic model of ‘constitutional crowdsourcing’ has attracted international academic interest, and was heralded as yet another Nordic democratic innovation that empowered citizens rather than institutions. After randomly selecting 950 individuals from the register of voters, 25 of these were elected to form a Constitutional Assembly, which was annulled by the Icelandic Supreme Court but then re-constituted by the Icelandic Parliament as a Constitutional Council. The Council’s proposals, which were open to contributions and comments from the public on its website, included national referenda (Swiss-style ‘direct democracy’), freedom of information provisions and national ownership of natural resources. These elements of the Constitutional Bill, along with many others, were supported by the Icelandic people in the national referendum held on 20 October 2012.

However, the Icelandic experience should also act as a cautionary tale for how this people-led process was blatantly disregarded by the politicians. After refusing to hold a vote to ratify the Constitutional Bill, the Parliament then declared that any constitutional amendments would require a two thirds majority in Parliament and, in a haunting similarity to the 1979 devolution referendum in Scotland, the support of 40 per cent of all voters to pass.

I don’t doubt the sincerity of the Scottish Government when it speaks of only forming part of the process; however, its caveat that it would be for Parliament to decide on the process of adopting a written constitution, and recent events in Iceland, highlight even more the need for the churches, trade unions, and the rest of civic Scotland to keep up the pressure to ensure that this process is driven by the people and not by Parliament. The hangover from the infamous 40 per cent rule of 1979 haunted Scotland until 1997, and I’m not sure if Scotland’s national psyche could withstand another establishment hijack.

After a Yes vote, the establishment stranglehold on democracy will, momentarily, be broken. The moment must be seized. If the Scottish state is to be reshaped so it’s not simply a paler shade of the UK, then the long-lasting constitutional apparatus of the state must be debated and decided upon by the people – not by the politicians.

It seems important that the issue of the written constitution needs to be discussed at every meeting, and should be in every speech made promoting independence. It is the evidence and the insurance we need in these days of political cynicism.

In the early days of the first SNP minority government the ‘National Conversation’ was launched. While it had value as an idea it seemed not to be maintained or developed, or perhaps the conversation seemed to be one sided. We need the national conversation to garner national opinion and awaken every voter to the implication and opportunity that their vote affords. With so many different agencies and organisations and individuals declaring the importance of the written constitution it needs now to be in the hands of every one with a vote, regardless of their vote in the referendum itself.

Until there is a Yes vote in the referendum, these discussions may be academic. However, it is important that we start planning the process, if not the content, for a written constitution now. We must look to those, such as Iceland, who have gone through the process recently, and learn from their experiences, both good and bad. We must begin to think about who will be involved at each stage of the process, how drafts will be made, challenged and rewritten, and how the people of Scotland will be intimately involved and not merely consulted. We must not allow apathy or cut corners to limit the scope, direction or content of the debate.

Most importantly, we must realise the tremendous prospect that lies before us. A Yes vote is not an end in itself, but the means to greater ends. If we can put in place a strong, inclusive, and inspiring document at the start of our journey, then anything will be possible in our new Scotland.