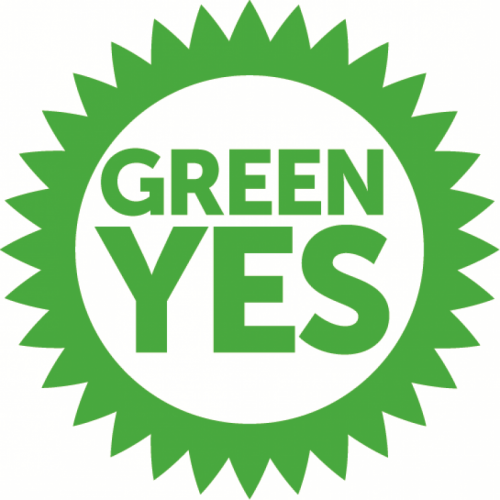 Our politics is in crisis. It is utterly broken. The farce that is Westminster cannot be taken seriously. That the British Prime Minister faces no consequences despite having been found by the highest court in the land to have misled the head of state and lied to the people, after having broken electoral law in a referendum campaign shows just how broken our politics is. We, the people, deserve better. So much better.

Scotland faces a constitutional and political crisis: Brexit, Scotland’s vote to ‘remain’, the call for an independence referendum, the democratic deficit, the erosion of local democracy, and more. Scotland also faces a climate crisis: an economy over-reliant on an industry that will destroy the planet. And Scotland faces a social justice crisis: increasing inequality, increasing employment precarity, increasingly unmet demands for health and social care provision. These crises have, at their heart, one single cause: an economic system designed to alienate, disenfranchise and disempower. And that economic system can only be dismantled if we, as a society – a country – come together and demand a different kind of democracy.

That neoliberalism has such a stranglehold on our lives is both a cause and a consequence of a broken democracy. There is a serious dialectic at play between democracy and its enemies. Those who oppose democracy tend toward one of two positions. First, the technocratic position, which sees people as the problem: the general public do not know what’s good for them and will make the wrong decisions. Therefore, those decisions should be taken by elites in positions of power and allowed to get on with it. Second, the conflation of democracy with the market: the idea that government and state interference with the market is wrong, and deregulation and the removal of collective power and endeavour is the answer.

Our response to these enemies of democracy must be to find ways to deepen and broaden our democracy and democratic practice. Our current democratic architecture has not changed much in the last century: we might have more devolution and less local government, but we still run things by electing people once every 4-5 years and expecting them to get on with it. That is not – has never been – good enough.

My vision for Scotland’s future is a country that is fairer and more equal, a country in which citizens are well educated and well supported to be active citizens: a country where all voices are heard, and all voices matter. To create such a country, we need to revolutionise our democracy, enriching it, transforming it, creating new structures, processes and cultures that enable, encourage and support active citizenship.

We must find ways to increase engagement in issues of national (and international) importance. The Republic of Ireland, who used to do referendums badly, managed to transform their democratic processes by using citizens’ assemblies to navigate the stormy waters of equal marriage and abortion. These assemblies brought together individuals from a cross-section of society – balanced by gender, age, location and social class – chosen at random like a jury, and led them through a well-facilitated process that allowed them to understand the details of the issue, and to deliver a recommendation to be put through the legislative process or to a referendum where a constitutional change was needed. Such richer engagement with the issue gives much more faith to the public that the proposed way forward is not a political stitch-up, and resulted in extremely successful votes to legalise equal marriage and abortion.

And I say successful not just because I agree with the outcomes, but because those outcomes have not been subject to the same rancour and disagreement that referendums done badly often are: they have losers’ consent. I want these sorts of deliberative processes at the heart of Scottish democracy, with a (permanent) citizens’ assembly acting like a second chamber to the Parliament. Such an approach could be very usefully deployed on questions like: identifying taxes that move with the shifts in retail on the high street to retail online, dealing with air pollution, questions of social care, and replacing much of the prison system.

We must also democratise our everyday lives and workplaces. Finding ways to make democracy more real for citizens in their schools, colleges, workplaces and communities will normalise decision-making. We need to give workers the power to buy their workplaces, just as crofters have the power to buy their crofting estates. We should ensure that such powers are delivered to every community in Scotland. We must embed participatory processes in our budget-setting arrangements, going far beyond the participatory budgeting projects we see at the moment. Mainstreaming such approaches for deciding major elements of public spending will ensure we have nationwide understanding of the need for increased funding for public services as well as securing the need to protect minorities. And, we can support our children to become natural decision-makers by encouraging collaboration and co-production of curriculums at schools, colleges and universities. This is all about making it utterly normal and expected for people to have a say about every aspect of their lives.

In addition to changing structures and processes to redistribute power, we must catalyse a culture change too. At the heart of many of the technocratic or neo-liberal arguments is an assumption that disagreement is bad, that politics is necessarily unpleasant, and that we should avoid discussion and disagreement wherever possible. Rather, we need to ensure that debate and discussion are nurtured, and that people understand how to disagree with each other, argue with each other, and so learn from each other. And, we need to transform our understanding of negotiation and concessions, so that we appreciate how decisions can be made collectively.

In order to do all of this, we need to act in cooperative ways: individual action will not succeed. We must build and sustain social movements of radical democracy to confront and transform the constraining structures and systems that neo-liberalism has imposed on us. Social movements are the agents of change in this era of political brokenness and farce.