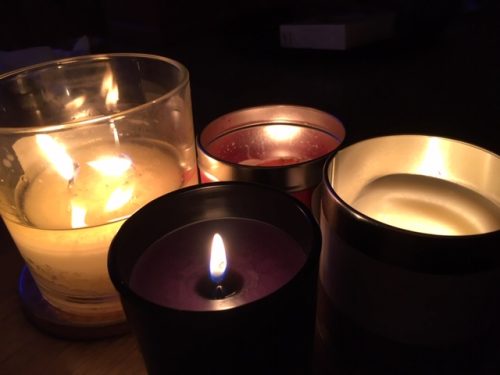 In 2018 in Scotland, the number of drug-related deaths reached 1,187. This is an increase of 27% from 2017. It is the largest number ever recorded and it has more than doubled in the last decade. These figures are the highest in Europe. When the averages for 2004-2008 and 2014-2018 are compared, they show a staggering 212% increase in drug-related deaths for females and a 75% increase for males.

In response to the publication of the figures, hundreds of people gathered in Glasgow on 28 July 28 for a vigil to remember all of those who have died. The aim was to draw attention to this crisis, to demand action and to stand up for all those lost, as individuals who were loved and are missed. ‘They keep talking, we keep dying’ was the message on the wristbands given out on the night.

It was a late Sunday night gathering, 10pm in George Square, and it was clear that the call for a memorial had brought together the families, friends and communities of those affected. It is working class, deprived areas which are predominantly affected. These communities have lived with the problems of drug and alcohol misuse for decades. The rise in deaths among the older age group is testament to this.

There was a call for people to wear white T-shirts to the rally, with the names of those who had died written on them and these were visible throughout. There were candles and photographs of loved ones. Many of those attending were part of the recovery community and knew each other. As the crowd grew, people greeted one another warmly. This was a grassroots action, organised through a facebook event and the large turnout showed that people are no longer willing to meekly accept these tragic losses. The stigma which surrounds problem drug use can mean many feel that their sons’ and daughters’ deaths have been hidden and ignored – that their lives don’t matter. The real stories behind the statistics need to be heard and felt. People are worried and don’t want to become another ‘statistic’. The impact of the deaths of so many was a major part of the rally. Individuals bravely told their own personal stories of loss and grief.

So, what now? This has been called a public health emergency and it is. The George Square rally had drug workers, social workers and health professionals in attendance. Their conversations centred on the actual state of health and support services across Glasgow and throughout Scotland. The cuts to social care and the health service mean that every story of personal loss and grief can be matched with stories of people being turned away and denied the support they badly need. This is a source of anger for many. Service closures and larger cuts, as a result of the Tories austerity assault, is combined with a vicious welfare system. People are sanctioned, put on Universal Credit and face destitution, poverty, poor housing and homelessness. This is a recipe for further deaths.

The feeling of ‘enough is enough’ is motivating communities to act to hold politicians to account. It is difficult for either the SNP, Scottish Government or indeed, Scottish Labour, to avoid. The Tories’ blocking of drug consumption rooms highlights why the Scottish Government should have greater power now to implement policies on drugs. However, the fact of ‘they keep talking, we keep dying’ means people are tired of bold statements and little action. There is a wealth of expertise, experience and knowledge across communities and health and social care in Scotland.

We don’t need a summit to tell us that, but if there is one then they need to be included. What is needed is political change and funding. We need to link the issue of drugs deaths to the ravages of the Tory policies which daily increase the pressures and personal crises suffered by the poorest and vulnerable and, thus, directly lead to more drug-related deaths. The cuts have to be reversed and the repeated failures, at council and government level in Scotland, to radically challenge austerity has to end. We don’t want to see our friends’, families’ and neighbours’ lives reduced to debating points in a party-political war of words. There were, at least, one or two Labour councillors at the vigil in George Square. There were no politicians speaking or mentioned, other than to demand action. There was another rally planned at the end of August. Glasgow SNP councillors should be there, as should we all. This is an opportunity to show solidarity and is the real hope for change.

Angela McCormack is resident of Possilpark in Glasgow, a college lecturer and member of the SWP. She attended the aforementioned rallies.