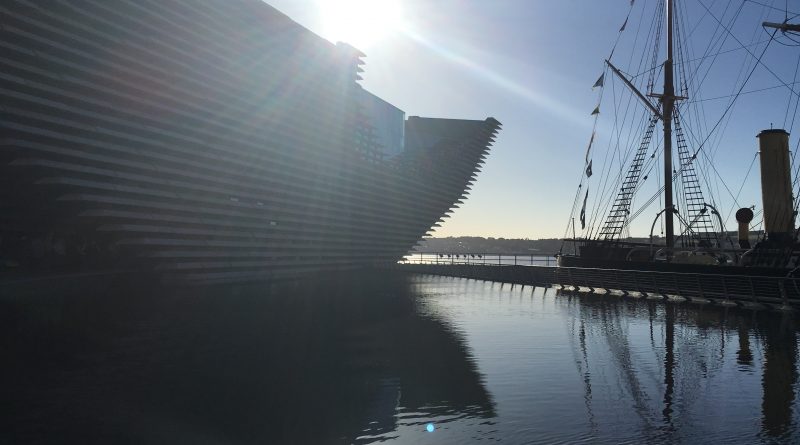 Stuart Fairweather looks at the successful creation of the Dundee Action Forum and asks what next.

Dundee Action Forum (DAF) was established in May of this year. There were two main reasons for this: one, a wish to coordinate campaigning and two, a recognition that the Covid-19 pandemic meant that things would need to be done differently. Experienced campaigners attended discussions via Zoom with newer activists. Early discussions were focused on a desire to see a different sort of city emerge from the health crisis and a decade of austerity. Listening to each other was a key feature of these initial meetings. Social justice, climate emergency and doing democracy differently, including our own democracy, all featured.

After a few weeks this loosely organised group contacted climate emergency activists, and drew upon union links and other connections. There was a shared interest in exploring Extinction Rebellion’s People’s Assemblies model. This coincided with a recognition that Dundee City Council was likely to produce a recovery plan responding to Covid-19 and this created a timetable for activity.

Following some planning meetings, 12 and 13 August saw 80 people from all eight wards in the city come together to listen to expert views and agree on ideas to present to the council. Those attending listened to Kate Treharne speak about biodiversity, Russell Pepper, Lynsey Penny, and Keith Skene suggest practical ideas relating to transport, food, and ecology. Chris Law MP considered the world we are leaving to future generations while Lorna Slater and Katherine Trebeck talked about wealth, work, and the wellbeing economy.

Those taking part had experience of the city and the surrounding areas. Some were in their twenties while others were in their nineties, and every age in between. People drew on their connections to their work and to their unions – like UNITE, UNISON, GMB and UCU. People spoke about the private rented sector and council housing. Relationships to the two universities, and churches and community groups were all cited. But importantly, people attended both nights not as representatives of organisations with pre-set ideas but as individual citizens.

Additionally, one of the Forum members took on the role of ensuring that everyone who wanted to speak was allowed to speak and they encouraged all to listen. It was agreed that the initial outcome should be a deputation to the city council timetabled for 24 August. School grounds growing more food, environmental education, better bus services, and useable cycle lanes were all amongst the demands called for. These along with the retro-fitting of housing, making use of the docks for energy generation, and stimulating the local economy would be issues raised with the council.

In planning the presentation, it became clear that many points raised at the assembly aligned with Dundee City Council’s Climate & Biodiversity Action Plans. All 29 councillors were reminded of this directly and via the press in the run up to the meeting. What was also made clear was the almost entire absence previously agreed policy within the recovery plans. Therefore, on the night the on-line deputation demanded on behalf of the assembly that the Council:

• Reassert the climate and ecological emergency;
• Reaffirm commitment to and accelerate the Council’s Climate Action Plan and Biodiversity Plan, strengthening them with specific goals, targets and timescales;
• Revise the restructuring phase of the current Recovery Plan to include specific environmental and ecological goals;
• Ensure that no action within the recovery plan puts any aspect of the climate and biodiversity targets at risk; and
• Establish a mechanism for ongoing engagement and collaboration with the Assembly and green groups to progress jointly on the green recovery.

In response, Dundee City Council leader acknowledged the deputation on behalf of DAF and the People’s Assembly. He acknowledged that the authority’s Covid-19 recovery plan did not do enough to ensure a green future for the city. SNP councillors put forward an amendment to: i) reassert the commitment to the climate and the ecological emergency; ii) publish a detailed report in the coming months on what can be done to accelerate and enhance the plans; and iii) continue ongoing engagement with local groups and the assembly. This was supported by all the councillors.

Although it had been signalled to the deputation earlier in the day that amendment would likely carry, it was still an emotional ‘victory’, representing an important step forward, so thanks are due to all who attended the assembly, lobbied councillors and put forward arguments that built on previous policy advances. DAF’s first venture into supporting local campaigners ended in success.

Since that high point in late August, it has been recognised that the hard work has just begun. Links have been made with those using the assembly approach in Aberdeen and at a Scottish level. The outcome of the deputation has been shared on the DAF Facebook page and established environmental groups have been included in discussion. Two key questions remain on DAF’s agenda. First, how can the overlapping environmental and social justice agendas be addressed? Plans for holding an assembly in each of the city’s eight wards might help address this question. Second, how can an alliance be constructed with the power to move us beyond policies based on trickle-down economic and environmental destruction? Doing this effectively and inclusively will hopefully encourage many more Dundonians to get involved in delivering the recovery the city desperately needs.

All change at the top of the big unions?