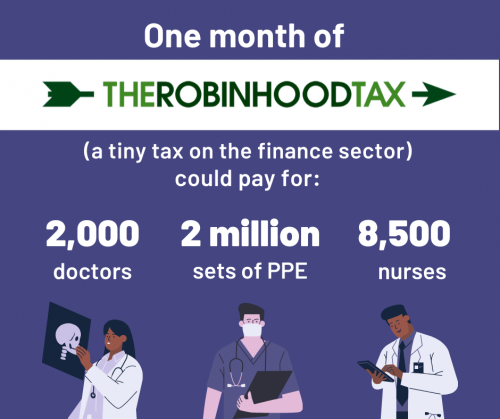 On 30 January 2020, the World Health Organisation (WHO) declared Covid-19 to be ‘a public health emergency of international concern’. This provided ample warning and time for the Westminster government to manage the economic consequences of the pandemic. Its response has been chaotic and inadequate. It did little to help the poorest and this exacerbated existing inequalities. Companies receiving government aid were not required to give any binding commitment to maintain jobs, pay taxes or refrain from paying dividends. This article provides a brief overview of the details and shortcomings of the major economic interventions that Westminster government has taken.

The Chancellor’s budget statement of 11 March 2020 contained very few measures in relation to the Covid pandemic. It said that the government would reimburse the cost of statutory sick pay for up to 14 days for businesses with less than 250 employees, which could provide up to £2bn for up to 2m businesses. Other initiatives included allowing businesses and the self-employed to defer tax payments. Rather than any direct help, the government said that banks will offer loans of up to £1.2m to support small and medium sized businesses, and the government would provide guarantee to cover 80% of the losses. Other steps included 50% business rates relief for selected businesses with a rateable value of less than £51,000. The cost of this was estimated to be around £1bn. The Chancellor boldly forecasted that despite Covid-19, the economy would grow by 1.1% in 2020.

By mid-March, governments in Denmark and elsewhere were announcing lockdowns and agreeing to pay a significant proportion of furloughed employee wages, with conditions that the employers commit to no redundancies for the next twelve months. There was no equivalent move in the UK. On 17 March 2020, the Chancellor announced that the government would provide £330bn of loans to businesses, with government guarantees. Small businesses soon complained that banks were subjecting them to more expensive loans and fees.

On 20 March 2020, the government announced the Coronavirus Job Retention Scheme (CJRS). Under this, the government paid 80% of the salary of retained workers up to a total of £2,500 a month for employees on the payroll at 1 March 2020. The staff had to be furloughed and that was a decision only to be made by employers. There was no guaranteed minimum level of support from the government.

The tight date meant that those recently made redundant or put on unpaid leave were not covered by the scheme. Typically, more than half a million people start a new job every month and many of these were not eligible for the wage support. The wage subsidy was not accompanied by any stipulations about redundancies. The subsidy was operated through Her Majesty’s Revenue and Customs (HMRC) and linked to the Pay As You Earn (PAYE) system of paying tax, i.e. only employees already paying tax at source were covered. Many employers refused to top-up the wage and their workers received only 80% of their normal wage. Those on the national minimum wage, set at £8.72 from 1 April, were particularly hit hard. Despite the enforced wage cut, workers were still liable to pay 100% of the cost of rent, rates, food, gas, water, electricity and other bills. Mortgage payments were deferred but eventually would need to be paid. People could hardly dip into their savings. At the end of January 2020, the UK household debt stood at £1,680bn and 12.8m households had either no, or less than £1,500, in savings. Some 7.5m workers had virtually no savings. The government’s wage support did nothing for 320,000 homeless people in Britain, many of whom are outside the tax net altogether.

After public criticism, on 26 March 2020 the government announced the Self-Employment Income Support Scheme (SEISS). It consisted of a taxable cash grant, equivalent to 80% of their average monthly profits over the last three years, with an upper limit of £2,500 a month. The scheme applied to sole traders and partnerships with annual income of up to £50,000. The scheme was open to claimants receiving more than half of their income from self-employment. The scheme again operated through HMRC and the size of the grant was determined by the claimants’ tax returns for 2016-17, 2017-18 and 2018-19. The claimants had to show that they traded in 2019-20; had been currently trading and intend to continue to trade in the tax year 2020-2021.

The House of Commons Treasury Committee reported that over a million people did not receive any support, and added that ‘hundreds of thousands of people who have set themselves up in business since April 2019 who do not meet the eligibility criteria’. About 225,000 self-employed people with annual trading profits in excess of £50,000 were also ineligible for support. Some 710,000 directors of companies pay themselves with a combination of dividends and a salary. The dividend part did not qualify for the SEISS. Freelancers and agency workers also seemed to be excluded.

Somewhat perversely, the government penalised the people investing in their businesses’ future. Imagine the case of two businesses with identical trading profits: one makes investment in productive assets which qualify for capital allowances (a sort of legal depreciation) and, therefore, reports lower taxable profits. The second business does not invest and reports higher taxable profits. The owner of business investing in the future received lower cash grant.

The government has given all businesses financial support. They enjoyed wage subsidies and business rates holidays, all without any stipulations. Social security benefits are means-tested, but the same did not apply to Covid support. So far, and in return for loans, the government has not acquired an equity stake or a charge on the assets of the business.

The UK government made £330bn available for loans though the Covid Corporate Financing Facility (CCFF). By 19 May 2020, £18.8bn had been loaned to 55 major corporations and a further £38.8bn of potential lending to another 68 businesses had been authorised. In return, the Bank of England said that borrowers ‘will be expected to provide a letter addressed to HM Treasury that commits to showing restraint on the payment of dividends and other capital distributions and on senior pay during the period in which their commercial paper is outstanding’. So far 53 companies, recipients of £16.2bn of loans, have provided this type of letter. No monitoring or enforcement mechanism was specified for any element of the government support and some novel practices came to light.

Many wealthy individuals own more than one home. A second home is often owned through corporate structures. Some of these companies are considered to be small and became eligible for business rates holiday and £10,000 coronavirus grant intended for small businesses. The owners of more than 7,000 second homes in Cornwall and Scilly alone qualified for millions of pounds of government support. A survey by solicitors in June suggested that around a third of employees were asked to commit furlough fraud during the lockdown and persuaded to work, with threats of pay cuts and deportations. HMRC is examining some 3,000 cases.

During the Covid crisis, supermarkets did a roaring trade and it is hard to make any economic case for them to receive subsidies. For the year to February 2019, Tesco had pre-tax profits of £1.3bn and is expected to show even higher amounts for 2020 and 2021. Its coffers were boosted by £585m from the government’s business rates relief holiday. In April 2020, it declared a final dividend of £635m, making a total pay-out to shareholders of £900m for the year to 29 February 2020. Its chief executive collected a pay packet of £6.4 million.

Amidst the crisis, on 6 February 2020, EasyJet directors put down a resolution to pay final dividend of £174m whilst putting staff on unpaid leave. Some £60m would go to its co-founder, Sir Stelios Haji-Ioannou. Shareholders duly voted for it and the dividend was paid on 20 March. On 6 April, EasyJet secured a £600m loan from the government even though 34% of its shares are held in a Cayman Islands based trust.

An investigation by TaxWatch in June showed that 13 of the aforementioned 53 company borrowers had links with tax havens and possible tax avoidance. For example, Baker Hughes, which is a subsidiary of General Electric (via a Bermuda holding company) received £660m. General Electric (GE) is embroiled in a £1bn tax dispute with HMRC over unpaid taxes going back to 2004. Chanel Limited is owned by Litor Limited, a company based in the Cayman Islands. It received £600m of government money. Tottenham Hotspur football club received £175m despite being owned by a billionaire tax exile, Joe Lewis, who lives in the Bahamas.

So, in summary, there is little evidence of any well-planned government strategy. The economic policy was reactive and made on the hoof, with numerous holes. Millions of people did not receive any financial support. The poorest were hit the hardest as the government failed to provide a minimum level of support. Due to low wages, income/wealth inequalities would have increased. Large amounts of money have been given to corporations, but without any stipulations about jobs or changes to corporate governance. In the absence of such stipulations, the ending of the Coronavirus Job Retention Scheme would result in a spike in job losses. Businesses were not required to repatriate profits or control from tax havens. A golden opportunity for ending offshore opacity and tax avoidance games has been missed.

Carers amidst the COVID-19 crisis