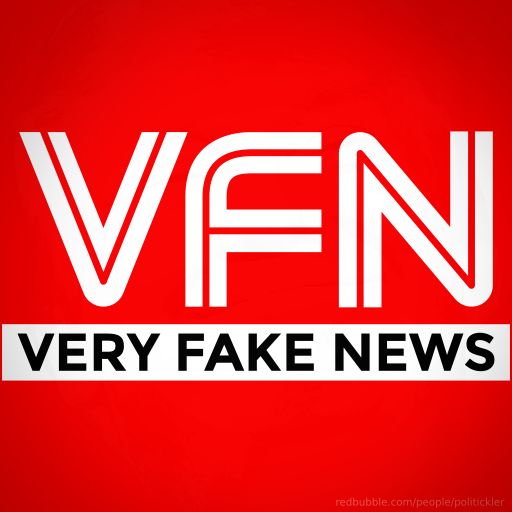 Most of us on the left will be familiar with ‘fake news’. We will have seen it time and time again over the years. But, of course, for many people that has not been obvious because the British establishment including the BBC are expert at disguising false news. One of the most effective ways for the British establishment to foster fake news is by reporting on the findings of ‘independent’ research from well known ‘neutral’ academic sources. It reminds me of the classification of lies into ‘lies, damn lies, and statistics’, where ‘statistics’ is the highest category of lie. Here, I address this with regard to Government Expenditure and Revenue Scotland (GERS).

Economic forecasting is not a simple exercise: if it was, the approach of the 2007-2008 banking crisis would have been picked up, by at least some forecasters. Economic forecasting is, in fact, quite complex because it depends on very accurate measurement of the actual imputes into what is a very dynamic system. The difficulty arises because small changes in the level of imputes will normally be widely exaggerated by the multiplier and accelerator effects so that the outcomes are significantly altered.

So if an economist has very accurate data on a country’s economy, carefully assesses the multiplier and accelerator effects, prudently checks this work with other similar studies, then they might be able to pronounce their findings albeit with qualification. This qualification means the economist is satisfied that their assessments are correct ‘if everything else remains the same’, namely, the prediction does not hold if there are other ‘unconsidered’ changes.

So before an economist can make a prediction, they must have accurate data. Only then, with careful consideration, and a significant qualifying condition can an economist make a scientific attempt at predicting outcomes. This is not an accurate science but it is helpful and is widely employed.

GERS is the sort of statistics which when applied inappropriately, as they frequently are by the media, would qualify as a lie in the ‘statistics’ category. Richard Murphy has looked specifically at GERS in relation to forecasting on the Scottish economy. He identifies seven separate data streams which would be required for any accurate assessment of the Scottish economy today, never mind the future. These are i) How much is total income in the country; ii) What effective demand exists in the economy; iii) What is the level of private investment; iv) What is the level of public investment; v) What are the country’s exports and imports; vi) What is the total level of savings; and vii) What is the total level of taxation?

As Murphy points out we can’t get these from the GERS figures. They are not designed to give accurate data on a Scotland-only basis – they are designed to give UK data. The figures relating to Scotland are just estimates and the GERS home page makes that clear. Now if we have no data at all then, estimates from someone else’s data, is better than nothing but it is certainly not accurate. If you are going to predict outcomes, and have good data, this can be done within the aforementioned qualification. However, if you have nothing except estimates of the real imputes, it can’t be done.

Even if you have the accurate data required you then have another major problem – the qualification. You can’t take a measurement of the Scottish economy as part of the UK today and make prediction for a period when it would be in a different economy, because you can’t apply the qualification ‘everything else being equal’ since the whole point of independence is to change other things. So, if someone tells you an independent Scotland will have a ‘balance of payments’ deficit of precisely £15bn, that can’t be an economic assessment because an economic assessment is not possible on the data available and because an independent Scotland’s economy will not follow the pattern of Britain’s economy. Rather, it is political propaganda and pseudo-science.

Let’s do a reverse experiment to examine the ‘Scottish deficit’ claims ‘established’ by GERS. Let’s imagine Norway, one of the wealthiest per capita countries, was to be integrated into Britain. Norway is about the same size as Scotland and is in economic terms quite similar particularly regarding gas and oil. Let’s assume its economic data was mixed in with UK economic data so that its imports and exports could not be measured but were ‘estimated’ by Westminster controlled civil servants. Let us further assume that Norway’s territorial waters had been ‘adjusted’ by the British Government to place some of its oil-fields in English territorial waters.

Now let’s look at the Westminster GERS Norway report. It would undoubtedly find Norway was saddled with a high national debt, because although it has a surplus now, that came from oil revenues which would have been spent by Britain. So it would be in the mix with the much larger Britain which has a considerable and growing national debt. Norway would then have to pay interest on that, out of its annual income. Norway would also have to pay for its share of the military costs of the wars in the Middle East and Britain’s nuclear weapons. The Westminster GERN figures would undoubtedly find that Norway had a fiscal deficit of around £15bn and the politicians and media in Britain would tell us that Norway could not afford to be an independent country. This shows us that even a country as wealthy as Norway could have its assets distorted and hidden in Britain’s economic mess.

Finally, let’s turn to the issue of currency. Politicians on the left from the SNP to the Corbynistas in England and Syriza in Greece appear not to see the political danger, for them, of the role played in a neo-liberal economy by currency and banks. They support Keynesian-type, anti-austerity public investment and economic growth with higher wages, jobs, and social wages, which none of us on the left would disagree with. Unfortunately, none take or suggest ways to ensure that international banks, and their fractional-reserve currencies, are not used to prevent such policies (which they most certainly are doing and will continue to do if left with the power to do that).

The argument around the pound in the independence referendum is a good place to start looking at currency. The SNP government wanted to ‘share the pound’. Westminster said no. That’s interesting, because neither Government had, or would have had, any control of sterling or of money supply in the sterling area. So what, did the SNP Government want to share? Apparently, it was the debts and assets of sterling. If so, then Westminster did Scotland a big favour because sterling has very limited assets and huge debts.

On the other hand, Scotland could have used sterling as a domestic national currency as well as for international exchange and it required no agreement or approval from anyone for that. Indeed, if it was using sterling in that way, not only would we not be responsible for any of sterling’s debts, but on the contrary, sterling would be indebted to us for our sterling holdings.

But Scotland has an excellent opportunity to get out of sterling and adopt its own ‘clean’ currency. Now that is very important for the left, because if we dump a fractional-reserve currency, we dump, at the same time, all the international banker’s control over money supply and control of the currency in our country – just as Syriza could do in Greece by dumping the Euro and using a currency of their own.

In our book, Ronnie Morrison and I advocated using a full-reserve currency of our own for our domestic economy. We recommend the left reads and understand the case for a full-reserve currency because it gives the Government control over the currency, money supply, debt creation, and most importantly, public investment. We posed the following issues to get to the nub of the matter:

Andy Anderson is co- author of ‘Moving On: An economic case for Scottish Independence’ (2014).