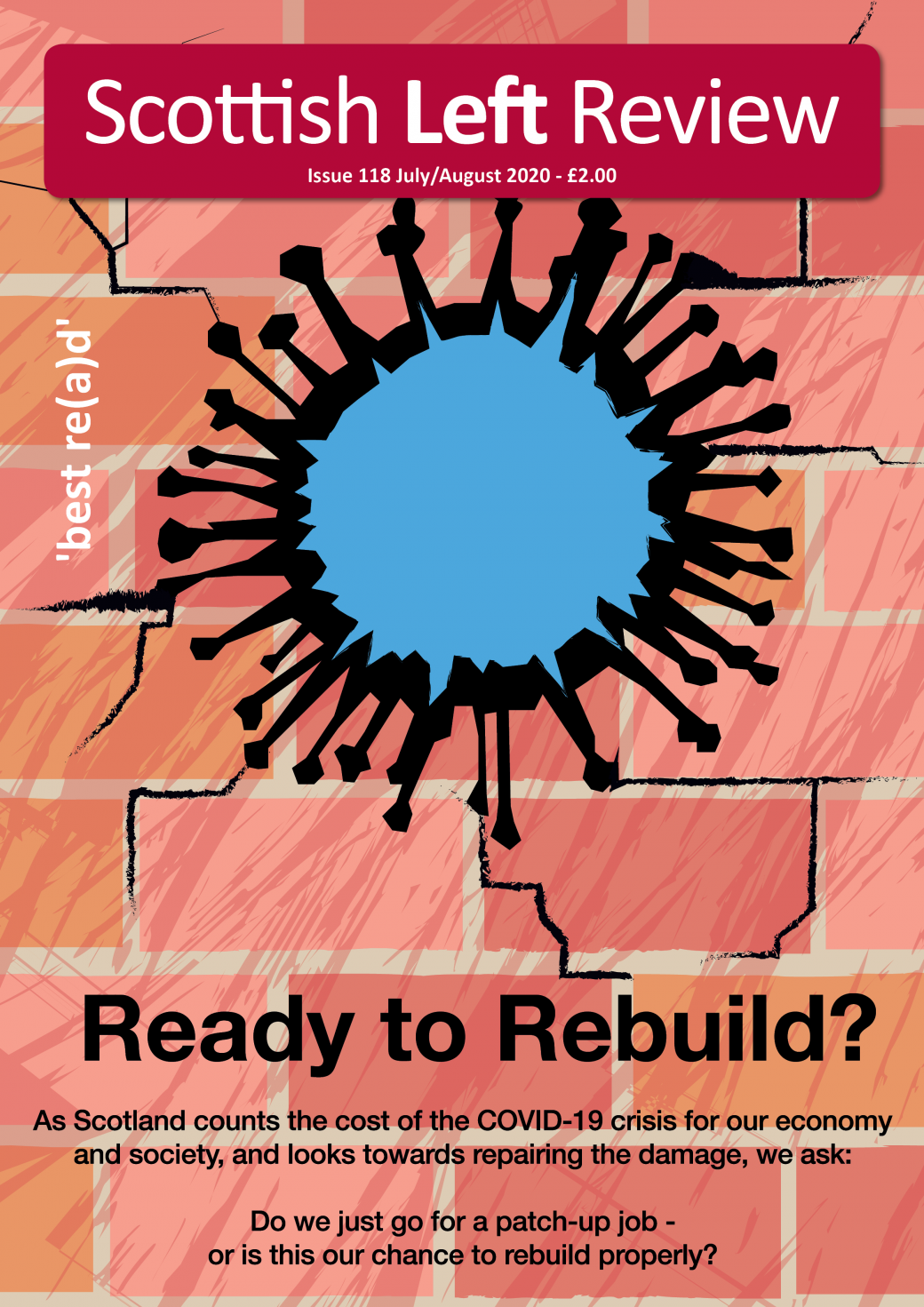 Is the left now coming up for air?

The left is in one of its classic dilemmas. On the one hand, while the Tories are in office with a substantial majority, the sheen is certainly coming off them – even if Labour has done little to bring this about. And yet, on the other hand, the next election is some time away – 2024 under the Fixed-term Parliaments Act 2011. Added to that, and notwithstanding the recent Black Lives Matter demonstrations, there is little evidence of extra-parliamentary opposition the Tory government. So things are getting better from the standpoint of Thursday 12 December 2019 but it’s still not clear whether the Tories are experiencing anything more than a temporary setback, whether Labour will be able to get its oppositional act together and whether the prospect of truly mass unemployment after 31 October this year will either subdue or incite any latent discontent outside Parliament.

Let’s unpack this a little. Recent polling has indicated more disapproved of the Tories’ handling of the COVID-19 crisis than approved of it, Boris Johnson’s personal ratings went into the negative, and the Tories’ lead has fallen from low fifties in late April to low forties in mid-June. The Cummings catastrophe added to the crisis over PPE and was since been added to other so-called ‘mis-steps’ over testing, tracking and tracing. Some senior Tories are even speculating that Johnson may not be the one to lead them into the 2024 election. Meanwhile, Labour under Keir Starmer is still not perceived as being clear on what its policies are (even with Starmer being a better parliamentary performer than Corbyn) even though its poll ratings have from high twenties in late April to low high thirties in mid-June. It remains to be seen whether the Labour Together group’s review of the party’s 2019 election performance leads to a further period introspection and whether any useful clarity emerges from that introspection. It’s interesting to note that Starmer has still not released Labour’s own internal review to members of how it dealt with anti-semitism – this was the report that uncovered internal attempts to undermine Corbyn’s leadership. On top of this, having sacked Rebecca Long-Bailey from the Shadow Cabinet for anti-semitism is likely to be seen as a declaration of war on the Labour left, especially because there was no evidence of anti-semitism in what she did. So much for uniting Labour as Starmer said his key task was. And, of course, it was not a politician but a footballer, Marcus Rashford, who scored the biggest goal against the Tories (even if this was just for free school meals over the summer).

But there are also further imponderables at the moment – are we still heading for a no-deal Brexit and how long will the Tories say that having the ‘national’ debt at greater (110%) than the ‘national’ GDP is acceptable? A no-deal Brexit could deliver another shock to an already enfeebled economy while it’s unlikely that, as the 2024 election approaches, the Tories would go into that contest with the albatross of financial profligacy around their necks. So, public expenditure cuts and not tax rises would be on the cards from them. Will Labour have the temerity to say that it must be a case of ‘by any means necessary’ to protect livelihoods and living standards (including a four day week to combat unemployment) and recount that in 1945 the national debt was 200% of GDP when the great reforming Labour government led by Clement Attlee took office?

Meantime, support for independence in Scotland seems to be stabilising at around just over 50%. This is intriguing as the biggest supporter of independence, the SNP-led Scottish Government, is not having the best of times over its handling of the COVID-19 crisis (especially with regard to schools, the NHS and care homes which are devolved matters). That maybe due to continuing concerns over Brexit and revulsion against Boris Johnson and his Westminster Government. But even though the SNP Scottish Government is making heavy weather at the moment, it is still riding high in the polls for next year’s Holyrood elections. Maybe, this arises from the situation where the Scottish Government finally seems to be departing from mirroring the actions of the Westminster Government. But it also might be more to do with the lack of effective opposition to the SNP in the context of two things. The first is the media does not seem to have the will or capability to scrutinise the Holyrood Government – so much for being the ‘fourth estate’. The second is that Scottish Labour still does not seem credible in terms of personnel or policies. At First Ministers’ Questions (FMQs), the questions are pedestrian and do not cut through an equally pedestrian defence. Added to this is that Scottish Labour is now committed to go into those 2021 Holyrood elections opposed to a further referendum on independence. Scottish Labour says now is not the time for more constitutional navel gazing and that attention should be paid to class issues and economic and social injustice. What it just cannot seem to get its head around is that for many, it is those very same things that mean the avenue of an independent Scotland remains a credible one (without that being the SNP’s offering from its Sustainable Growth Commission). By contrast, Scottish Labour could say it shall support the right to a further referendum in order to help get one, merely in order to have the public argument against independence per se or any particular version.

It is a testament to the common and frequent experience of racism members of by the BAME communities in Britain that the Black Lives Matter campaign here has been re-ignited by the protests condemning the murder of George Floyd, whether by taking down statutes or street names of racists or taking the knee. For dedicated anti-racists, the issue must now become one of how can this campaign embed itself as a broader movement so that it becomes about more than protesting. Antonio Gramsci developed the idea of the need to establish a counter-hegemony through a ‘war of position’ – in other words, develop alternative values and an alternative ideology to those that dominate capitalism. German communist student leader, Rudi Dutschke, in the late 1960s translated this into his strategy of ‘the long march through the institutions’ to describe his method for establishing the conditions for revolution such as subverting society by infiltrating institutions such as the professions. Unbeknown to many, the long defunct Revolutionary Communist Party has achieved this. Alongside many of its former members now being Brexit Party MEPs, newspaper columnists and the like, one – as head of Number 10 Policy Unit – is now leading the newly announced Westminster government commission into racism. This is Munira Mirza. She has previously denied institutional racism exists and has attacked anti-racist campaigners.

This issue of Scottish Left Review once again leads on COVID-19 but the focus is now not just on counting the cost but also on readying the ground for reconstruction in both the short- and long-term.

How to stay safe at work

Section 44 of the Employment Relations Act 1996 provides employees with the means to contest the adequacy and/or suitability of safety arrangements at work without fear of recriminations (like getting sacked) or suffering detriment (like loss of wages). It provides employees with the right to withdraw from and to refuse to return to a workplace that is unsafe and to do so on full pay. Employees are entitled to remain away from the workplace if they believe the prevailing circumstances represent a manifest risk of serious and imminent danger which they could not be expected to avert. Section 44 entitles employees to claim for constructive dismissal and (unlimited) compensation in the event that an employer fails to maintain safe working conditions. For more details see https://section44.co.uk/

This statement was printed as a letter in Scotland on Sunday (10 May 2020) and circulated on social media. It was released as the integrity and reputation of Scottish Left Review was wrongly traduced.

‘Unfortunately, Dani Garavelli (Scotland on Sunday 3 May 2020) engages in her own conspiracy theory when she writes: ‘Ironically, MacAskill’s piece in the Scottish Left Review – which claims the charges were “utter bunkum” – was almost certainly part of an orchestrated campaign to rehabilitate Salmond because, lo and behold, it was accompanied by Jim Sillars’ revelation that the former first minister is writing a book that will be like “a volcano”.’

She could have tried to substantiate this theory merely by contacting myself, the editor of Scottish Left Review. If she had, she would have been told that this is wholly untrue because of the following:

i) We asked for a range of writers to analyse the fallout from the Salmond trial in terms of a) the impact on the SNP, Scottish Government and independence movement and b) the way the media reported the case. Those approached other than Kenny MacAskill and Jim Sillars declined or did not respond;

ii) We have had Kenny MacAskill and Jim Sillars writing for us before so this was not a new relationship brought into being and for the purpose Garavelli alleges; and

iii) Our pages are open to different views, opinions and perspectives on the left. That is the raison d’etre of Scottish Left Review – to be a forum for the constructive discussion between and across the left and those in parties and not in parties. We hold true to that today as did Jimmy Reid, our founding editor, did in 2000 when he set up the magazine. Indeed, in the same issue as those articles by Kenny MacAskill and Jim Sillars is one supportive of the SNP Scottish Government by Joe Middleton.’

The text of this statement was also sent to Dani Garavelli but we received no response. Subsequent to this, and in line with our editorial policy, we have further articles in this current issue which touch upon the subject matter that underlay those articles in the May/June issue. We look forward to this being recognised by Dani Garavelli in the pages of Scotland on Sunday.