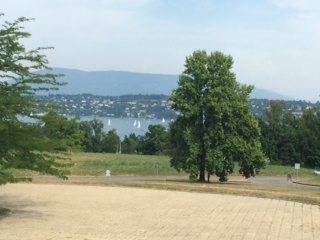 Can green and red unite to save our planet and change the world? 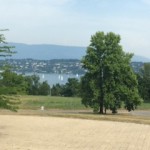 Can the Scottish left and the environment movement become close allies? Currently, they seem more like neighbours who have a polite relationship and some occasional chat but also mutual suspicion. There have been red-green alliances, debates, activists and thinkers throughout modern history and the contributions here show that foundations of that alliance are being laid in Scotland. But there’s some way to go before we’re organising street parties and joint community carnivals.

Some of those foundations are being laid in the environmental movement, which has started to think seriously about the economy. Since ecology and economy have the same root perhaps that should not be remarkable but we believe that it reflects a shift in the thinking of many environmental organisations.

In recent years in Scotland, there is perhaps as much creative thinking about a socially just and sustainable economy amongst environmentalists as on the left. For example, Friends of the Earth Scotland (FoE Scotland) led the conference last year on ‘Reinventing Our Economy for People and the Planet’, and now employs a sustainable finance worker. The umbrella body of the Scottish environment movement, Scottish Environment LINK (SEL), runs the Flourishing Scotland project and has started a discussion about how it orientates on questions of social inclusion (with member bodies like Royal Society for the Protection of Birds, Scottish Wildlife Trust and World Wide Fund for Nature).

In SEL’s draft 2016 manifesto, the leading demand is ‘an urgent programme of investment in the infrastructure which is needed to ensure that emissions targets are met – and to build an economy which is environmentally sustainable and socially just’ . This presents a very concrete opportunity for the labour movement and environmentalists to put their joint weight behind a policy proposal which meets immediate priorities of both.

Can we say that the left in Scotland has laid the foundations for reaching out to the environmental movement? Union policy embraces ‘Just Transition’ but there is little progress in putting it into practice. The Scottish Hazards campaign has a long history of action on both occupational and environmental health. Unite, Unison and other unions joined the anti-fracking movement. But the labour movement is divided on fracking, nuclear power and other core environmental issues. There were no socialist banners on the People’s Climate March and hardly a mention of climate change at the post-election anti-austerity rally in Glasgow.

Labour has some environmental policies to be proud of, not least the Westminster Climate Change Act. The SNP government ran the Climate Challenge Fund, has ambitious renewables targets and initiated the international Climate Justice Fund. The Scottish Greens’ manifesto is firmly to the left of Labour’s and the SNP’s, to the extent that it has been criticised for being light on environmental policy. The SSP and other left parties without parliamentary representation have considerably strengthened their environmental policies. Red and green are certainly no longer strangers.

There is a long history to this relationship. The nineteenth century saw the joint miners’ and peasants’ struggle against Rio Tinto in Andalusia, the Russian Narodniks, William Morris and Marx’s analysis of capitalism’s impact on soil fertility and waste production. Scotland’s Patrick Geddes is regarded as the father of human ecology, in which ‘work, folk and place’ guided his innovations in development planning to integrate economy, society and environment. In Britain, the New Economics Foundation has been a thinktank for left-green economics and monetary reform for 30 years, and the Campaign Against Climate Change launched the ‘1 Million Climate Jobs’ campaign. Globally, unions, people’s movements and environmentalists have come together in the climate justice movement around initiatives such as the Cochabamba Declaration, and intellectuals such as Arundhati Roy, Waldon Bello and Naomi Klein have been leading the arguments for the inseparability of left and green contributions to economic change.

There have been historical challenges. In the 1970s, environmentalist claims that there are natural limits to growth was met with suspicion by a labour movement fighting for improved material conditions for workers. With our knowledge of climate change impact, we are now in a place where such barriers to the alliance are much diminished. Now we know uncontrolled industrial production will so pollute our world that the agricultural foundations for our economies and the natural processes which support human civilisation would be destroyed. We also know that solutions which protect the privileges of the elite create social catastrophe.

Stopping climate change is the most important challenge facing humanity. There are no jobs on a dead planet. And with two thirds of the total safe carbon budget already used up by the richest countries, the left should be firmly behind a radical reduction in greenhouse gas emissions. A left which does not embrace these truths is a left which is failing in its mission to map a prosperous and sustainable route forward for society.

Some leading environmentalists have been overly ready to blame industrialisation and population growth for environmental disaster. Yet the challenge of climate change and other natural limits is also producing major shifts in thinking within environmental movements. It is now helping to discredit the right-wing, pro-market ‘green capitalist’ current of thought. Most environmentalists now recognise setting targets in climate acts is not enough; and carbon markets, off-sets, market mechanisms, reliance on compliance of multinationals don’t work.

Environmental objectives can’t be achieved if economic forces continually undermine all the good intentions. Social and environmental justice outcomes are incompatible with markets that concentrate ‘environmental goods’ into the hands of the few whilst shifting environmental costs onto the politically weakest. Environmentalists increasingly recognise the need to manage, regulate, control or undermine those forces.

Increasingly, we are finding the left and the environmentalists are pushing in the same direction on big ticket questions: fracking and other forms of unconventional gas extraction risk workers’ safety, communities’ environment and damage the climate; the UN talks in Paris will put climate change at the top of the political agenda for a while at least; green new deal investment transitioning to a sustainable economy to create a different sort of prosperity; and analyses suggesting people in prosperous societies don’t necessarily get happier the more they consume.

This edition’s themed articles aim to set out the foundations for a strong alliance. Control of our shared economic destiny, promotion of well-being rather than just consumption, solidarity with the exploited, environmental justice and the idea of sustainable development can all integrate into the regular narrative of those fighting for economic and social justice.

A theme that comes up in many articles is the need for a just transition, in which workers’ unions, communities and environmental and other interest groups work together to plan how to move from our current unequal environmentally-damaging economy to a just and sustainable future, whilst protecting jobs, services and welfare. The left needs to commit to a green economy just as much as the environmentalists need to recognise that it will be produced by, not at the expense of workers. We can only realise that economic transition by popular democratic mobilisation and participation rather than by lobbying within the existing system.

Inevitably, there are many gaps which articles do not cover. A proper analysis of the global hydrocarbon economy from a green-left perspective needs more space than this edition can afford. And there are many practical actions at workplace and community level, which unions, green activists and left organisers are achieving, and deserve to be documented, not least the growth of workplace environmental representatives.

Many younger anti-capitalist activists are drawn to action on environmental concerns and don’t necessarily identify with the left – although this seems to be changing with the post-referendum surge in grassroots activism in Scotland, and Corbyn’s success in campaigning for Labour leadership. Of course, there may be differences in how environmentalists and unions, for example, understand sustainability and social justice. But with serious engagement between the environmentalists and the left, we could make substantial progress. We hope that this collection of articles creates a foundation for that and invite readers to continue the dialogue. One way is to join the Reinvent Our Economy online forum, email mcrighton@foe-scotland.org.uk and see bit.ly/reinvent-scotland

Matthew Crighton is active within Friends of the Earth, Edinburgh World Justice Festival and Scottish Venezuela Solidarity Campaign. He is currently freelancing and was an officer of City of Edinburgh UNISON. Eurig Scandrett is chair of Friends of the Earth Scotland, convenor of Scottish Friends of Bhopal and an activist in University and College Union. He is a prospective Scottish Parliamentary candidate for the Scottish Green Party.