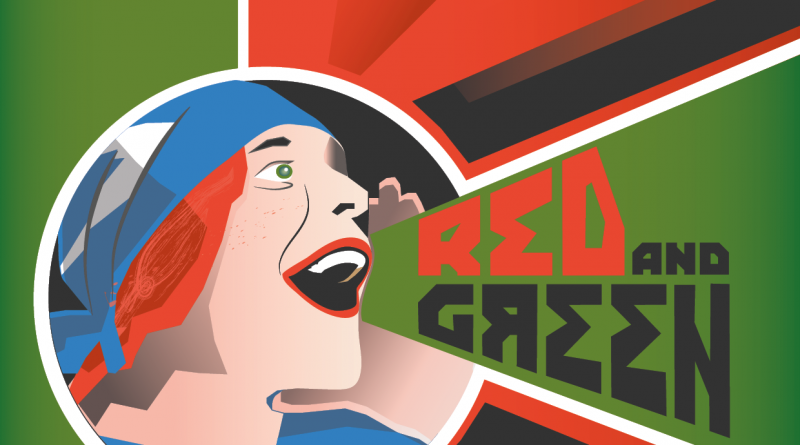 This is an editorial of two parts. The first parts deals with the strange non-death of neo-liberalism and the second with the changing class alignments and voting patterns, especially in terms of Labour. So, nothing much about the new SNP Scottish Government or independence as nothing much has happened on these in ‘big picture’ terms since 6 May 2021 and is not likely until the summer is over at least.

So, with extensive – and sometimes unprecedented – economic and social state intervention for well over a year now, it would be easy for anyone with left-wing political inclinations to think that the neo-liberal, ‘free market’, Thatcherite economic model has had its day. That’s certainly what many people hope. But unfortunately, it’s just not true. The leopard of capitalism has not fundamentally changed its spots. Indeed, it’s a bit like expecting that Boris Johnson would be a more considerate and compassionate human being after recovering from his near death COVID illness.

It’s not just because the considerable state intervention is temporary, whether in terms of lockdown movement restrictions, emergency business funding or the job furlough scheme. It’s really more of a case of state intervention being used to support capitalism in order to get it through the pandemic and then return to what it once was – a free market version.

There is an obvious recent historical parallel. In Britain, after the Global Financial Crisis of 2008-2009, huge sums of public money were used to support the financial system especially. This led to talk of ‘nationalisation’ and even ‘socialism for the bosses’. Not only did the use of public money not bring about popular control of the banks like RBS and Lloyds-TSB but government shares were returned to private ownership as soon as possible.

If we can talk of a particular period of ‘COVID capitalism’, we are still, nonetheless, talking about an economic and social system where power and wealth lies in the hands of a tiny minority of people. Here, the state has been colonised and taken over by their friends and advisers so that the state supports the interests of this tiny group of people.

This is to be able to see the ‘wood’ rather than the ‘trees’ because you’d think at times that BoJo’s government was anti-business and even anti-capitalist given the howls and shrieks coming from some companies, whether exporters to mainland Europe or those in the tourism, hospitality and leisure sectors.

Going a bit further back in time provides us with an even more illuminating illustration of the power, adaptability and resilience of capitalism. After the Second World War, British capitalism was on its knees. In 1947, it was bailed out by the Anglo-American Loan Agreement – effectively Marshall Aid – for Britain from the United States. In return for a low interest loan, finally paid off in 2006, British markets at home and abroad were opened up to US capitalism.

But British capitalism as a system was also bailed out by domestic state intervention. This was the great reforming Labour government led by Prime Minister, Clement Attlee, and the intervention took the form of the nationalisation of the railways, coal, steel and so on along with the creation of the welfare state and NHS. While there was an obvious benefit to workers as the ‘five evils’ of want, disease, ignorance, squalor and idleness were attacked, it was also the case that key sectors of the economy were stabilised and modernised for the benefit of capitalism overall.

Such state intervention laid the basis of what was known as the ‘post-war consensus’ where both Labour and Tory parties, in and out of office, agreed on the balance between private and state activity. In amongst all this, there were price controls on the likes of food and rent. Indeed, the consensus led to a new political term to be created in the 1950s called ‘Butskellism’ as the Tory’s Rab Butler and Labour’s Hugh Gaitskell, when Chancellors of the Exchequer, pursued similar economic and fiscal policies.

Yet, capitalism endured as property rights were protected. The protection of property rights meant that wealth, in turn, meant power. Despite rent controls, much rented private housing was very inadequate. And so much so that the notorious behaviour of London slum landlord, Peter Rachman, gave rise to the popular term, ‘Rachmanism’, for flagrantly ripping off tenants. He pioneered avoiding rent controls and subdividing houses many times over into flats. Sound familiar today?

These limited incursions into the freedom and power capitalism were not permanent features of society in Britain as Labour MP, Anthony Crosland, predicted in his influential book, The Future of Socialism, in 1956. We all know about the spectacular success of Thatcher and the Tories in dismantling the limited controls on capital that had been previously introduced.

When we look back at COVID capitalism in years to come, alas, we will not have seen a return to something akin to the constraints that existed under the likes of Clement Attlee. This will not have been a return to some kind of halcyon days of social democracy where there was a mixed economy. Capitalism may at times take on different complexions but fundamentally it is defined by the freedom of a minority of capitalists to pursue profit at the expense of the majority. From the 1800s onwards when capitalism first emerged in Britain, the period of 1945-1979 was the exception and not the norm.

If there are any differences to emerge between pre- and post-pandemic capitalism, they are more likely to be about the terms of trading for capitalists of different nations in terms of customs and tariffs. Social inequalities will continue to grow and workers’ rights be kept in check. Those are the main things that the competing capitalists certainly do have a consensus on.

Let’s now turn to the issues of voting patterns and class alignments. It seems both red northern and blue southern walls are starting to fall apart where the common denominator is Labour’s poor performance. The debate rages as to whether Labour’s decline is secular or cyclical. In the Chesham and Amersham by-election in June, saying that there were idiosyncratic, local factors is not enough to explain Labour getting just 622 votes (1.6%) – less than Greens and less than there are Labour members in the constituency.

This built pressure on Starmer after the Labour lost Hartlepool in May. In a Piers Morgan interview in early June, Starmer predicted the easing of restrictions would allow the political space to open up for Labour and that this summer was potentially make or break for the party. It seems he was wrong on the first and the jury is still out on the second. Indeed, since the Covid-19 vaccination programme began, Labour has slumped in the polls and that’s despite Hancockgate, cronyism and the like.

Winning the Batley and Spen by-election in July by just 323 votes meant Starmer survived what would have amounted to vastly increased pressure to resign. And though a by-election result is not synonymous with preceding general election results in the same seat, the trend is ever worsening for Labour. Its majority over the Tories fell from 8,961 votes in 2017 to 3,525 in 2019 (albeit having risen from 6,057 in 2015). Even if we attribute the better performance in 2017 to Corbynism, and pan out from Batley and Spen to the rest of England, the evident trend still suggests something very worrying is going on for Labour at a more deep-seated level. The wild card in Batley and Spen was George Galloway. It would be too easy to say that all of his 8,264 votes would have gone to Labour had he not stood. Many were likely to have been anti-Labour votes from the Muslim community and the left

This journal has covered the situation in Scotland in the last editorial and, in this issue, Darren Williams analyses the situation in Wales. So, let’s return to what’s happening in England and how does this relate to class? Are the Tories becoming the party of workers (at least by voting support)? Leading political scientist, Professor Matthew Goodwin of the University of Kent, makes the following type of argument: Labour was built by and for organised labour based on being the left to the Tories’ right. Even with that, and setting aside 1997 (which was no red revolt), Labour has not won a solid majority for more than half a century. This then raises the issue of why so many workers – the biggest social class – do not vote Labour if it is the party of labour. Today, Labour is strong in the metropolitan areas amongst the more middle-class ‘cosmopolitans’ but not amongst the more working-class ‘traditionalists’ in urban areas, highlighting, he argues, not so much class fissures but those of age, education attainment and geography. This is why some say we live in an age of identity politics. The Tories are no longer just the party of the rich and Labour is no longer the party of the poor.

Other analysts suggest the situation is even more straightforward. In fact, they suggest that it is the voting behaviour of older people (65+) who are home-owners, more numerous and more likely to vote than 18-24 year-olds that explains why the Tories are eclipsing Labour. This analysis says talk of blue and red walls is fatuous as it’s a grey wall that is the main determining factor.

Some indication of Labour’s widening woes was revealed by the membership survey conducted by the Labour-affiliated Baker and Food Workers’ (BFAWU) union in June. Still treated as an embarrassing relative at a family gathering, the BFAWU has been angered the absence of any consultation with it over Labour’s policy to Covid workplace regulations. Its survey showed that while 88% voted in the 2019 election only 53% voted Labour. Only 24% ‘felt strongly’/’felt’ that Labour represented their values and interests while 51% ‘felt strongly’/’felt’ it did not. 53% felt the union should disaffiliate from Labour.

Alongside Labour’s decline, we also must consider the relative rise of the Greens. Save for first-past-the-post, the Greens could replace the LibDems as the fourth largest party in Britain overall. In early June, voting intentions amongst among 18-24 year-olds showed Labour was at 35% (-21 since 2019 general election), and the Greens on 27% (+23), according to YouGov.

The importance of focusing upon Labour’s leadership is often misplaced. If Starmer stood down and was replaced by Angela Rayner, who is hardly of the left, only a very slight positive difference might be made in as much as she is perceived as a northern traditional whereas Starmer is perceived as a southern cosmopolitan. Identifying Labour’s 44 most vulnerable seats, Matthew Goodwin calculated 39 are outside of London and the south and calls them ‘Red Wall 2.0’. Without at least securing them, he argues Labour has no route back to office if it has any prospect of winning the popular vote in England (which it has not done since 2001). For Labour to win the next election, it needs about 125 seats, eclipsing the swings Attlee and Blair achieved in 1945 and 1997. Labour needs to be 12 points ahead when it is, on average, 10 points behind.

The paradox of Starmer is that he is ‘new’ Labour having progressively ditched Corbyn-era policies (which he claimed he would not do in his manifesto for the Labour leadership). And yet, he does not have the cutting edge or elan that Blair gave ‘new’ Labour. Hence, many voters say they do not know what Labour stands for anymore. So, policies are important but they are in themselves not the full picture. We could be witnessing a long-term and deep-seated class re-alignment of party politics.

Remembering the UCS work-in
Celebrate the 50th anniversary of the Upper Clyde Shipbuilders’ work-in and Jimmy Reid with a new song, sung to the tune of the Wellerman sea shanty, and a lament read by various members of the U3A: https://www.youtube.com/watch?v=uJ5LBPGpLTI&ab_channel=u3AGlasgowWestEnd
The film and song were produced by the Glasgow West End and Paisley U3A (University of the Third Age) Local History Research Project. Alan Dickson wrote the song and lament. Our thanks are to him for explaining the rationale for doing this at the end of the film.