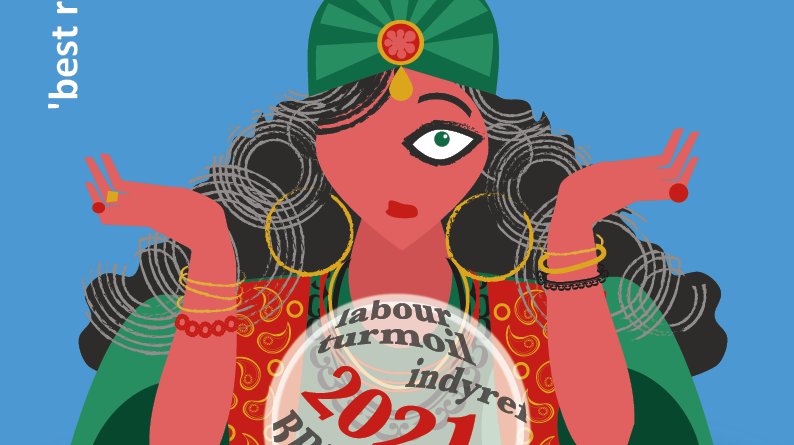 As we begin 2021, 2020 should be remembered as the year in which politics trumped economics twice – on Brexit and Covid-19. The former was heavily opposed – especially in its harder forms – by the majority of businesses in Britain. The latter saw massive state intervention of the scale that could only have been wished for after the 2008-2009 global financial crash. But neither Brexit nor Covid mean that the neo-liberal variant of capitalism has been undermined in any fundamental sense. Bailouts for the bosses are not synonymous with progressive changes in who owns, controls and benefits from resources. Many on the left made this mistake when saying that the banks were ‘nationalised’ after the 2008-2009 global financial crash. To make state intervention synonymous with public ownership remains one of the key challenges for the left in 2021 and beyond. But at least the left can see that state power still sufficiently exists and can be used to create major changes to how society runs.

Don’t expect any help from the current Labour leadership is one lesson we should learn from the last eight months of 2020 since Starmer took over. In a bid to win back the centre ground, he is shifting Labour to the right. The problem for the left is several-fold here. First, polling shows this rightward move is popular. Second, the left in Labour has been outmanoeuvred. Third, many of the left are leaving Labour. It is not known where they have gone or what they are doing. And fourth, the left led unions have been pretty muted in their responses.

This overall difficulty was exemplified in the Brexit vote. Even though Starmer said it was a ‘thin’ deal, he recommended a vote for it. While 36 Labour MPs abstained in the vote, just one voted against – albeit for different reasons. The deal is worse than ‘thin’ as the freedom to undermine, amongst other issues, workers’ rights is now self-evident. It’s not just London becoming ‘Singapore on the Thames’ that is a danger but, rather, bargain basement Britain in a levelling down race with Europe and other countries.

Recent ructions in the SNP, while welcome, do not yet show any sign of moving the SNP in the direction of representing a left-wing alternative to Labour. Indeed, Starmer will have helped Sturgeon solidify her powerful position inside and outside the SNP by his proposal to establish a constitutional commission to consider enhanced devolution. This is not even a promise of ‘jam tomorrow’. It’s more a case of ‘we’ll consider your case for ‘jam tomorrow’ at a date to yet be determined’. Moreover, and with a growing majority in favour of independence, perhaps the ‘devo max’ ship has sailed it would be more relevant for Labour to change its position of opposition to another referendum. Furthermore, haven’t we heard that one before with the ‘Vow’ made just before the 18 September 2014 referendum? The ensuing Scotland Act 2016 did not exactly set the heather on fire on the devolution front.

Looking ahead to 6 May 2021, the SNP is well positioned to increase its majority in parliament. The Tories are in crisis in Holyrood and Westminster. So too is Labour. How many will look back on the glory days of 2003 when we had our one and only ‘rainbow’ parliament, where the colours of red, grey and green were prominent.

As usual, we cover all these issues and more in this issue of Scottish Left Review and from a range of different, left perspectives. If you wish to further the debate, please contribute content or money – see http://www.scottishleftreview.scot/

Long-time subscriber, David Player (1927-2020), donated sufficiently generously to the Scottish Left Review to allow it to establish the Jimmy Reid Foundation in 2011. Again, he gave generously to the Foundation two years later to keep it going. Glasgow-born, David was a doctor and public health campaigner who spent his lifetime fighting against health inequalities. His enduring ‘claim to fame’ was helping to skewer Thatcher on a report called ‘The Health Divide’, which demonstrated that these inequalities disproportionately affected the poorest. As a keen supporter of the Homeless World Cup, he attended a Holyrood function for the tournament when it came to Edinburgh. He said he would always remember the sight of players gathered in the Parliament for the reception in their honour, writing: ‘That is what public health should be all about – empowerment, mutual respect and the dignity of a well-earned place in a fair and socially just society’.

In mid-December 2020, the Fair Work Convention published its ‘Fair Work in Scotland’ report which examined the progress of attaining the goals of the Fair Work Framework since its launch in 2016. The report is extremely problematic in its use of the data it deployed but this was not picked up upon by commentators because of the criticisms the report made, namely, identifying areas where no progress had been made, and by making recommendations for further action to be taken, especially by the Scottish Government. The report measured developments against the five dimensions of ‘Fair Work’ (namely, Security, Opportunity, Fulfilment, Respect and Effective Voice) by using 37 indicators and official statistics from the Office of National Statistics. The report stated that on 40% of indicators, the situation was ‘improving’, on 38% it was ‘maintaining’ and on 22% it was ‘worsening’. The critical flaw in the report occurs because is no evidence presented in it – or, indeed, even exists elsewhere – that ‘Fair Work’ accounts for any of these outcomes, especially the ‘improving’ ones. So ‘Fair Work’ is in danger of taking credit for developments that are, at best, not directly or discernibly connected to it and, at worst, it has nothing to do with. This is all the more apparent when one remembers that ‘Fair Work’ is almost entirely without any statutory underpinning. Scottish Left Review will report in detail on this in its next issue, the March/April ‘STUC’ issue.