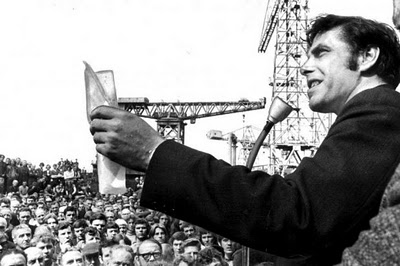 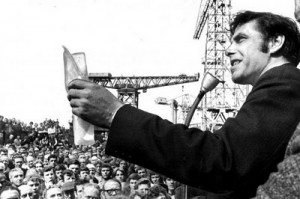 Early this year, the Jimmy Reid Foundation is planning an innovative project for primary schools. The aim is taking philosophical debate into the class and staff rooms to critically explore and develop ideas and issues. Philosophical Inquiry for children has been around for decades and is practised in some classrooms and schools that have realised the great benefit the practice brings to learning.

Better thinkers obviously make better learners. However, outside 5th and 6th grade, philosophy in schools is still the exception and usually left to a few wise teachers to introduce it. One project in Clackmannanshire a decade ago claimed to have raised the IQs of primary school pupils participating in Philosophical Inquiry by as much as 6%. Schools from all over Britain and elsewhere for years have reported similar transformative benefits for children and schools. Since all the evidence shows that young school children have the conceptual capacity to tackle the big questions and there’s academic benefit from engaging in philosophical discussion, you would imagine it being given a central place in children’s education.

Maybe the reason why it isn’t lies in the fact that critical-thinking, along with creative-thinking, are notoriously difficult to test and measure as objective outcomes. But today, in these times of accelerating social changes, the skills to give children for managing that change are precisely critical and creative thinking.

Almost any topic or idea can be used as the subject of philosophical exploration. The aim is to have the school itself as the subject of philosophical inquiry to explore and, in some cases, change the way children learn and teachers teach. It’s generally called Philosophical Inquiry for children, but school staff and teachers shouldn’t be denied the benefit of engaging in the process. If you’re attempting to effectively change a culture, it will take all of the people within it to do so.

Jimmy Reid gave us some valuable insights into the important role education has in society. In his rectorial address in 1972, he said:

To unleash the latent potential of our people requires that we give them responsibility. The untapped resources of the North Sea are as nothing compared to the untapped resources of our people. I am convinced that the great mass of our people go through life without even a glimmer of what they could have contributed to their fellow human beings. This is a personal tragedy. It’s a social crime. The flowering of each individual’s personality and talents is the pre-condition for everyone’s development.

His speech on alienation, delivered to Scotland’s academic elite, attacks the ‘rat-race’ culture and mentality produced by blinded pursuit and worship of profit. He appealed to students to reject the profit-driven forces of big corporations that devalue and minimise the worth of workers. Once he made clear the ethical and moral argument for an inclusive society where poverty is eradicated, he envisioned a future where people have to be educated not only for the work place but for hugely increased leisure time. Telling his audience of esteemed academics that the ‘whole concept of education’ will have to change if it is to equip people for life as well as work, he laid responsibility for unleashing Scotland’s potential at their feet. Given how important learning is for shaping the future of our society, Jimmy warned education should be leading social changes not trailing behind them.

There is no doubt schools now offer a very different educational experience from last century when the main concern was to provide heavy industries with a suitably educated labour force. No one, apart from the odd exceptional teacher, would’ve then considered taking philosophy into the classroom. The requirements of such places like coal mines, factories and shipyards meant a lot of emphasis placed on instilling discipline and obedience. Questioning and critical-thinking were something that generally got you into trouble. Passive learning was the norm. At the end of this vessel filling process, in effect, as Billy Connolly tells it: ‘The school opened its doors and the shipyard opened theirs, then we all flooded in’ – ready and nearly willing. The teachers’ role in industrial Scotland wasn’t so complex. They had a clear idea what kind of world school leavers would inherit; one with a job, trade or career pretty much guaranteed and often for life. No space or need for philosophical thinking there.

In Jimmy’s case, despite having an exceptionally high IQ, he left formal education at fourteen. Of his old school days, he once told a conference of Librarians; ‘I have no recollection of my formal education, particularly at secondary school, stimulating or generating the slightest interest in any subject, any subject at all …’.

Jimmy’s striking erudition was of the DIY variety created in Govan’s library and nurtured and honed in debate and discussion with fellow working-class intellectuals. From there, he read voraciously and studied numerous subjects including philosophy, not to pass exams or to improve job prospects, but purely in the pursuit of knowledge for its own sake. As a schoolboy, studying the great philosophers surely did Jimmy’s intellect no harm in its development. In fact, it’s yet more evidence of the potential benefits gained by starting early on the subject.

But not everyone agrees philosophy is good for children. Plato for one would be horrified at the thought of primary school kids engaging in philosophical discussions. He believed education for the great mass of people should certainly avoid any philosophical learning or thinking whatsoever. Only the elite few should be tutored to deal in such matters and even then philosophical training begins only after age thirty. Children’s instincts were not to be trusted, he felt, until education had formed them into useful citizens.

In Plato’s Republic – maybe the world’s first comprehensive theory of education – education of citizens was viewed principally for the state’s benefit and requirements. This, he argued, serves the best interests of the people because each would find their natural place in the order of things. Once Plato’s vision of the perfect city state is formed, a blue-print for educating the people to run it easily follows. Skills for trades, crafts, merchants, finance, guardians and rulers would be formed out of this education system. Regular testing and streaming would ensure the right people are taught the right skills.

Plato’s Republic contained some stark contradictions. At one point, through Socrates, he is saying; ‘anything in youth assimilates itself to the model whose stamp anyone wishes to give to it’ meaning education can mould children into anything that’s required. Yet, elsewhere he argues the opposite with this line on child-centred learning that could easily have come from Rousseau or Dewey: ‘Don’t use force in training the children in the studies, but rather play. In that way you can better discern what each is naturally directed towards’.

Today in Scotland, our education system too appears to be pulling in two different directions. Recent plans to introduce a national testing system have been strongly criticised as a step backwards after introducing the Curriculum for Excellence (CfE) which was designed partially to get schools away from the endless testing and working-to-pass-tests learning styles. Introducing more testing ignores the growing evidence it does little but harm for pupil education, serving only governments’ need to measure precisely what their policies and tinkering have achieved. Employers may like them too, but they certainly don’t need all 14 years’ worth to tell them who they’re taking on.

In any case, an education system overly keen on measuring objective results will tend to marginalise subjects and activities that involve unknown outcomes. Any subject with definite pre-set answers that can be tested leaves no room for critical and creative thought and limits potential growth beyond clearly defined boundaries. By contrast, CfE is designed to offer a more flexible and enriched learning experience from 3-18 years old by focusing on the individual and creating ‘successful learners, confident individuals, responsible citizens and effective contributors’. It’s not clear yet how successful this approach will be, but, if in general, teachers are given more responsibility over how they teach and children have more responsibility over how and what they learn, it’s reasonable to think the potential unleashed in this unbounded fashion shall exceed expectations. We see the philosophy for children programme we’re introducing in schools enhancing all the elements and principles of CfE and we’ve even come up with a unique way of measuring any progress we make without testing. As my granny used to say: ‘Weighing the pig disnae make it any fatter’.