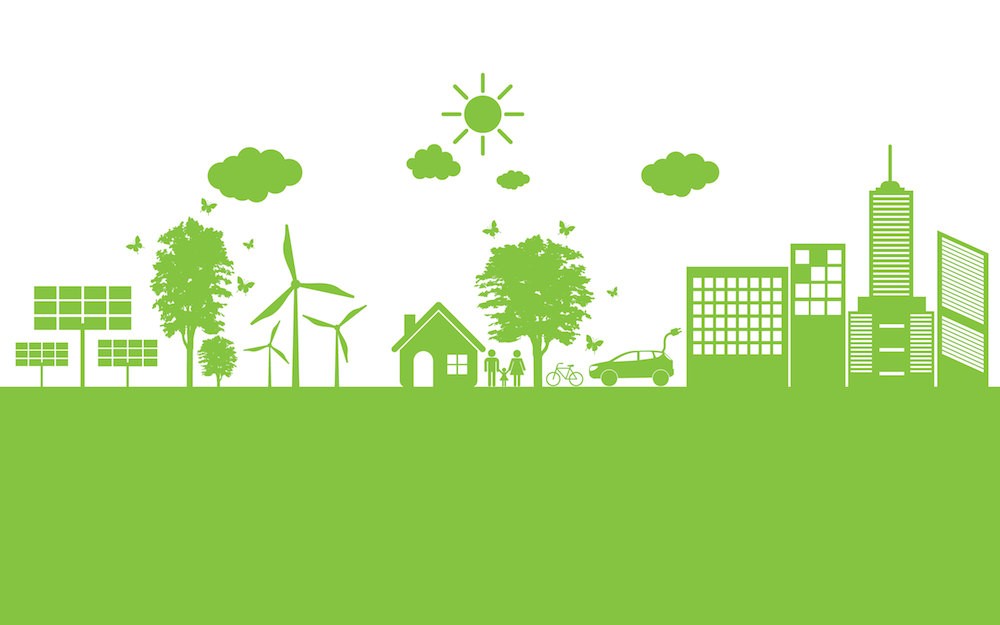 The mantra ‘Build Back Better’ is reverberating around European Parliaments as the principle that should guide Covid-19 recovery plans and the response to the unprecedented economic crisis caused by the coronavirus. It is vital to measure the gap between the rhetoric and the reality especially when Westminster politics has been reduced to a battle between ‘Build, Build, Build’ and ‘Jobs, Jobs, Jobs’ with the climate getting barely a mention. So, is the EU doing any better?

Under the rubric ‘Repair and prepare for the next generation’, Commission President, Ursula von der Leyden announced the EU’s Covid recovery plan with as much flourish as can be mustered at a time of such huge risk and uncertainty. Her plan envisaged for grants of €500bn for a green recovery was cut back to €390bn and is still subject to negotiation by the European Parliament after the summer break. So how Green is the proposal and how is it likely to be changed by the Parliament?

While protecting public health during the Coronavirus pandemic has caused an unprecedented economic contraction, it has also offered a platform on which to build a greener and fairer European society. Whether that happens depends on how the proposals are financed and what conditions are put on those receiving grants or loans.

The headlines look promising: the agreement is that 30% of all spending from both the ‘Next Generation’ fund and the overall budget will be climate spending, including €17.5bn for the ‘Just Transition Fund’ for climate transition subsidies. To avoid the risk of green-washing, the Commission is committed to developing a scientific measure of climate spending and the positive impact of spending, together with an annual report on climate spending.

It has to be said that the current EU target for net-zero carbon (NZC) is wholly inadequate, a mere 40% reduction on 1990 emissions by 2030. Here, we are lucky that Germany currently holds the rotating Presidency since pressure from the its national Green Party (riding high on nearly 20% in the polls) has focused minds, with Merkel recently saying that building consensus for a reduction target of 50-55% is a key target of the six months up to December 2020.

The block on this progress will, as ever, come from the eastern European countries, who are still defending their energy-intensive industries and especially, in the case of Poland, their coal industry. The ‘Just Transition’ fund is the key policy to persuade these countries to take climate action seriously and has real teeth, since countries will only receive half of their share if they don’t sign up to the NZC by 2050 target, a weaker target than the 100% exclusion the Commission proposed, but still a powerful incentive to change. The ‘Just Transition’ will also support a wider sustainability transition of the European economy, providing conversion funding to industries such as cement, steel, aluminium, fertiliser or paper production across the Union.

The European Parliament has led the charge on these targets and on strict climate conditions but is likely to threaten to block the deal unless payments to eastern European countries are also made conditional on improvements in the rule of law in especially Poland and Hungary, where authoritarian leaders Morawiecki and Orbán are attacking the independence of the judiciary, undermining free speech, and attacking gay people’s and women’s fundamental rights. This is a battle for the autumn.

Unlike Britain, EU member states continue to benefit from a public development bank to help fund the transition to sustainability. While the European Investment Bank’s (EIB) promise to become Europe’s Climate Bank may feel somewhat premature, it has become a major funder of energy and other climate-friendly investments across the continent. While an MEP, I worked with others to end EIB financing for fossil-related infrastructure and, while its much more sustainable lending policy is welcome, it is important to remember that projects like the Trans-Anatolian pipeline lock fossil fuels into the European economy into the future beyond when NZC becomes a necessity.

Greens in the European Parliament have lobbied long and hard for a minimum climate spend in the budget and can count that a success, but they are now pushing hard for an EU Climate Law with a minimum 65% reduction in greenhouse gas emissions by 2030. As co-leader, Philippe Lambers, said: ‘We have to make sure that indeed our climate efforts, and by that I mean the Climate Law and revising our 2030 targets upwards, are not falling by the wayside’. In other words, while investment in sustainable infrastructure is to be welcome, to avoid backsliding, offsetting and greenwashing, emissions targets must be legally enforceable.

As usual for those who have addressing the climate emergency as a priority, this programme seems to lack the necessary sense of urgency, but it is clearly more ambitious than anything we are likely to see from Boris Johnson’s government. Several years ago, we could have been guaranteed a lion’s share of the energy-saving projects that the Covid recovery programme will fund but because of Brexit we are left at the mercy of a government funded by fossils. With a Chancellor whose idea of building back better is ‘burying carbon’ and a Prime Minister who pursues the rhetorical unicorn of CO2-free aviation or ‘Jet Zero’ we seem doomed to go backwards on the climate agenda at this most crucial time for our planet.

Molly Scott-Cato is a former MEP for South West England, Green Party finance speaker and Professor of Green Economics at the University of Roehampton

Out of crisis, opportunity: economics and the environment