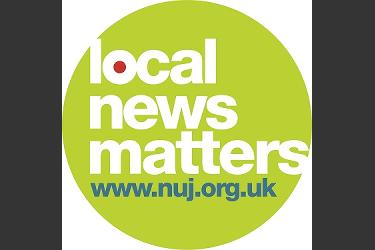 THE view from here is a different one than I had a few weeks ago, although I do, of course, retain specific knowledge and experience of 37 years as a journalist and national organiser for the NUJ. It is a different view but strangely similar to the one I had when worked my way through an apprenticeship and development as a skilled printer working in magazines, books and newspapers. I started in Liverpool in Seel House Press, a publisher of quality books and magazines – as well as the Liverpool and Everton football programmes. I am now back in my hometown after 41 years away.

My view of the media and the press, particularly in Scotland has been adapted and tempered by my work and political experiences, mostly out-with party membership influences, but an active decade in the Labour Party throughout the stormy 1980s can’t be totally ignored.

In those days, I was a print union activist and shop steward or Father of the Chapel (FoC) as male representatives in the media are historically known. Women, of course, were Mothers of the Chapel (MoCs) and I am honoured to have worked with many very effective women reps and organisers in my time in what is still a male dominated industry. The print unions wielded power in the Labour Party and I was encouraged to join and participate by stalwarts such Jim Friel, who went on to become President of SOGAT.

Dennistoun branch was active in many campaigns, supporting union and community battles at home and abroad. The Campaign for Press Freedom was one such affiliation and we set up a group which explored the relevant issues such as press ownership. This became pointedly personal when I was arrested on a picket line outside the Stockport Messenger during a dispute in 1983 triggered by owner Eddie Shah attacking the print unions. The campaign was to become specifically topical then when News International then decided to take on the print unions, set up scab workforces in Wapping and Kinning Park and print their Times, Sunday Times, News of the World and Sun under new rules, with no union agreements.

This had a profound influence on me as the reality of worker versus publisher became more focussed. I was by this time active in joint media union negotiations and campaigns and when the Scottish unions reached a sensible agreement on the right to follow the job, over the technological changes and move to single key strokes, I was fortunate to be part of the re-deployment from print production to print journalism.

My employer was probably glad to get rid of their Group FoC (convenor) and encouraged me to wash the ink from my hands and step into the soon-to-be computerised newsrooms. I worked for Scottish & Universal Newspapers who were owned by George Outram & Co (Herald, Evening Times), a Scottish based company which traditionally had good relationships with the unions. However, the group was sold to the up and coming Trinity, an ambitious firm who went on to expand dramatically, taking over the Liverpool Echo and the Mirror Group. It was a time of change, technological change and ownership accruals and takeovers. There was massive de-recognition triggered by anti-union legislation introduced with gusto by Margaret Thatcher’s governments. Newspaper owners jumped on the bandwagon and most employers took full advantage, de-recognising the NUJ in many parts of the industry.

In many ways it created the opportunity for the NUJ to make a fresh start. All bar two major companies had broken off relations with the unions and we went back to basics. We took two years but our strategy to establish the NUJ as the representative body for journalists and as a major player in industry training processes paid off. The union took employers by surprise with massive votes in favour of restoring union rights. Every employer with the exception of DC Thomson was welcoming the NUJ back into negotiations within an impressive timescale. As companies consolidated their ownership credentials, smaller companies were swallowed up by the growing newspaper groups such as Trinity, Johnston Press and Newsquest as they built up massive portfolios of local newspapers.

The anti-union attacks of previous years had created disparities in staffing levels and salary levels among rival companies. This, in turn, triggered a high level of activity and organisation with chapels digging in for better terms and conditions and an on-going battle for fairer salary structures. At the same time, the union had to fight hard to maintain staffing levels as employers attempted to cut back the number of journalists, while closing print centres across the country. It was a great pity that the joint unions did not work together at that time as leverage could have been strengthened in joint actions.

The impact these battles had on the industry was severe with stark warnings of what was to come, falling circulations and advertising revenues, led to more job cuts and a further deterioration in quality of news provision, despite the efforts of the journalists fighting their corner. Specialist writers were lost, decent columnists were displaced from their jobs as costs were cut and circulation continued to fall.

In the last ten years, there has been more stability in Scotland, although redundancies are still regularly haunting newsrooms. There is less than half the number of journalists working on the major titles compared to 1994, although there has been a tangible increase in the number of journalists working in the online versions of the newspapers and broadcast outlets such as BBC and STV. The arrival of online news provision has had an obvious effect on the industry and public, in both the gathering and consumption of news. All news companies have attempted to make their mark on online news, some with more success than others. Advertising revenues have grown, but not at the rate aspired to by employers. However, it is having some positive consequences as employers vie with each other for hits on their sites.

News gathering and the use of video journalism could be done better by newspapers, if they are to compete with the broadcasters. However, they need to keep investing as it is an important part of the media set up, if only the managing editors would hold their ground in face of demands from number crunchers in head offices for savings.

Many managing directors have told me over the last year that much of the advertising revenues are being swallowed up by companies such as Google and Facebook as they struggle to attract local businesses to take out space in their paper and or web site. The NUJ argues that relevant local news along with investigative reporting is essential for the survival of a local press. Indeed it is essential for local democracy.

The number of local newspapers that have closed in London, for example, is quite frightening and is at last alerting politicians to the democratic deficit. The Grenfell Tower fire disaster is a classic example of where the local accountability of the housing office and local authority is almost non-existent since the closure or demise of the newspapers on their doorstep. The NUJ organised a conference in Edinburgh last March to explore the future of local newspapers, as part of a UK and Ireland wide campaign. Keynote speakers included Iain Stewart, Scotsman editor, Culture Minister-Fiona Hyslop and a leading author and academic from Illinois University, Bob McChesney.  Other speakers included Fiona Davidson from the NUJ who spoke about the role of women in the media, Paul Wood from the employee-owned West Highland Free Press, Michael Gray of Common Space and community activist, Jack Ferguson.

Bob McChesney spoke at length about the demise of the local press in the USA. He was convinced that this downturn in local accountability had indirectly led to the election of Donald Trump. He painted a frightening scenario about the lack of journalists in reporting on essential issues and a diminution in answerability of politicians and powers that be.

Much of the conference debated the ownership issue and the need to ensure every community has access to local journalists who can report on what is happening in their areas. There is a manifest threat to Scottish newspapers as we were alerted by Johnston Press that at least 24 of the titles they own in Scotland are at risk in the foreseeable future, because of falling revenues.

These titles are mainly profitable but just not making enough money to be part of a corporate company like Johnston Press or their rivals Trinity or Newsquest. The NUJ has started the ball rolling in exploring ways of maintaining the future of local papers. Recently, I held talks with Paul Wood and some of his Trust colleagues at WHFP in Skye, discussing the model that has worked well for them as well as exploring other models operating in Scotland. There is a future for newspapers but not all under the ownership of major companies who have made massive profits over the years, have failed to invest sufficiently as revenues fell and do not have the civic responsibility to keep them open. Worker and employee ownership works with some titles and we have to examine the possible co-operative ownership model with others. I also believe there are potentially great opportunities for working in community type partnership with the BBC, but this requires interaction and engagement now. Next year may be too late for some.

Paul Holleran is the former national organiser for the NUJ in Scotland. He now works for the GMB on Merseyside.