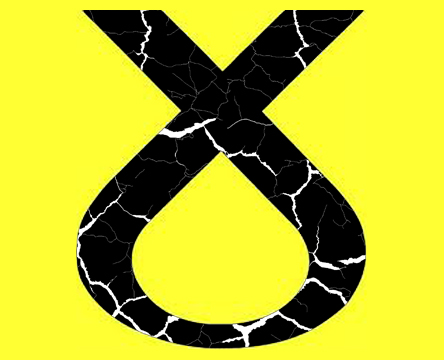 The Growth Commission Report (GCR) has many flaws but the most glaring is that woven into its fabric is a belief that global capitalism with its free markets and neo-liberal policies is the only possible economic structure for a future Scotland. It seems to forget that this is the very system that Scotland has been operating under and that is responsible for most of its economic woes.

Some SNP supporters may have believed that once it was free of the iron grip of the UK Treasury it would take a different course. But Nicola Sturgeon’s endorsement of the GCR has made it loud and clear that we can expect more of the same from a future SNP government. Sturgeon claims that the GCR explicitly rejects austerity. And right enough it does include that statement. But those words are merely inserted within a document that has, running through every page, an approach that will demand austerity to meet its fiscal targets.

The GCR fails to analyse some basic weaknesses in the Scottish economy. It would have done well to consider the work of John Foster for the Red Paper Collective. Foster describes how the ownership of the Scottish economy had changed in the past 30 years detailing the steady erosion of the number of major companies owned and controlled from within Scotland and shows how this has accelerated in the past 10 years. The result is a loss of manufacturing jobs and a huge increase in low paid low skilled precarious work. The Growth Commission endorses and would encourage the SNP’s policy of offering financial incentives to transitory global companies such as Amazon and Hewlett Packard.

The main thrust of the GCR is that Scotland can emulate other small countries that appear to have more successful economies. The flaws in that approach are numerous including differences in history, culture, geography, politics, and levels of exposure to international capital etc. But the lesson Andrew Wilson, the main author, draws is that countries that run tight, prudent economies are doing better than Scotland within Britain. In essence, the Growth Commission would enable current austerity policies to be locked in for at least the next decade with appalling consequences for public services and jobs.

The contradiction of demanding independence while continue to use sterling was a clear weakness in the 2014 SNP’s White Paper for independence. The GCR was expected to explore the viability of a Scottish currency, but instead has simply adopted the sterling option for the foreseeable future. This approach would tie Scotland into financial policies of another state and restricts the levers available to it to stimulate investment and growth. But this is not surprising as it sees no need to adopt a different economic strategy than the present Tory Treasury.

A further example of its neo-liberal underpinnings is shown in its belief that ‘flexicurity’ is the way ahead. The Danish model has been taken up and encouraged by the EU but is in reality a euphemism for insecure employment. It makes it easier for employers to sack workers and assumes the state will take responsibility for retraining workers to equip them for another job.

While the GCR recognises ‘the need for government, businesses and trade unions to work together’ it did not invite unions to participate in the business-dominated Commission. Not surprisingly, the STUC is unhappy about the contents of this report but perhaps it should be grateful that its name does not appear on it and that it does not have to defend it.

The GCR may well signal the end of the broad ‘Yes’ alliance that allowed disparate groups from revolutionary socialists to conservative business people to project onto an the idea of an independent Scotland the kind of future their perspective demands. The exclusion of unions exposes the contradictions at the heart of the nationalist project, a contradiction that centred on class.

Scottish Labour’s policies are now taking it in a very different direction and exposing how similar the SNP and Tories are when it comes to fiscal and industrial policies. Richard Leonard’s commitments to different forms of ownership, investment for growth and workers’ rights give the basis for a growth that will benefit the many.

The Red Paper Collective has always argued that class and not nation should be at the core of our concerns. The SNP has never based its policies on class. So no one should be unduly surprised that it has allowed itself to drift to the right in an effort to regain ground ceded to the Tories. It has always been thus. The nationalists have never been anchored in a belief in the rights of working people to have democratic control of the economy. This document clearly exposes that truth.

So far as we know the GCR will not be discussed at the forthcoming SNP conference but there will be no way of dodging the differences emerging between the central cabal of the SNP and the left of the party, particularly the members that thought they had signed up for radical change. Like so many nationalist movements before it the SNP will put nation above class.

Pauline Bryan is convenor of the Red Paper Collective (redpaper.net)