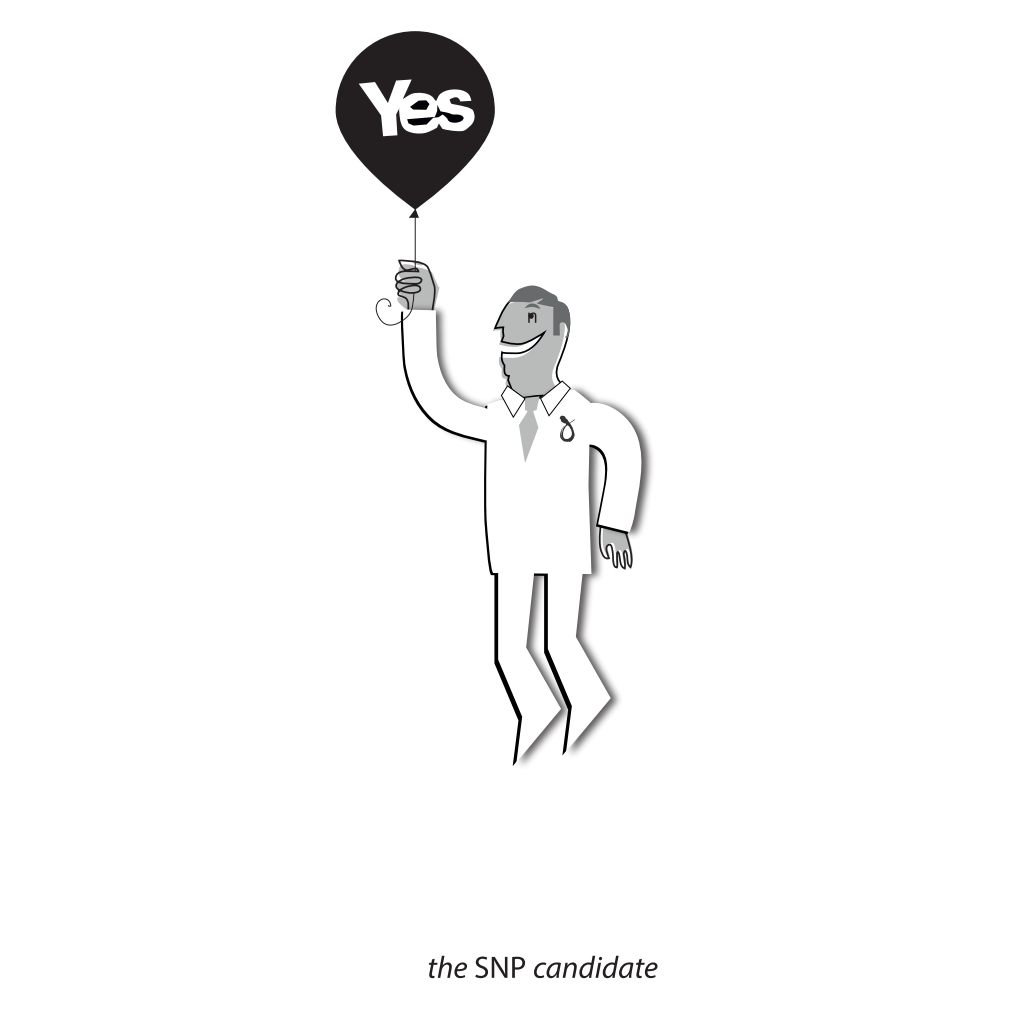 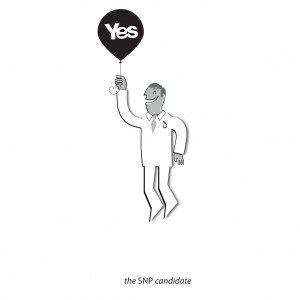 Labour might do okay in some wealthier areas of Scotland as it picks up some who voted LibDem or Tory last time. But its vote in working class areas is plummeting and amongst the definition of social classes C2, D and E, it’s toast. The move is more than a swing – it’s a structural shift of political allegiance. As a result supporting Labour is fast becoming a pastime for the liberal middle classes.

Why is this happening and is it a development socialists should welcome? Views are changing as disenchantment with the current political set-up combines with a realisation that they can do something to change it. This is what happens when alienation and self-confidence collide. Of course, just because political developments are supported by the working class doesn’t of itself make them a good thing. So let’s look at whether this is a progressive force in society – one likely to enhance tolerance, fairness and equality.

Let’s begin with what it is not. It is not about identity. Jim Murphy and his ilk spraffing on about patriotism – whatever that is – misses many points. Sure, people will take pride in their country, but the Yes campaign in last year’s referendum wasn’t about flags and anthems – it was about empowerment and opportunity. People sensed the chance to take control of their own lives and it tasted good. It’s been said before, but it’s so true – you cannot put that energy back in the bottle.

That ambition is not assuaged by waving the saltire or singing Flower of Scotland. This is a deeper feeling, and Labour’s failure to feel it, never mind understand it, is why it is floundering now. The SNP itself is still coming to terms with the legacy of the referendum. You can’t quadruple your membership and not expect things to change. The change is coming slowly but already its character is clear – the move is towards a party which is younger, more female and very much more radical.

There are four main reasons why anyone who calls themselves a socialist should line up behind the SNP on 7 May. For starters, the SNP is the only major party at this election offering an alternative to the austerity economics practiced by the Coalition and promised – albeit in lesser measure – by Labour. The main Westminster parties are determined to eliminate the deficit by curbing public spending. But deficits arise through not having enough income as much as spending too much. And service cuts lead to even less income and often more spending in other areas. In short, you cannot cut your way out of a recession.

The SNP proposes a real term increase in public spending of half a percent a year. It doesn’t sound much but the effect over five years would be to deliver £180bn more than the published spending plans of the Conservatives and about £80bn more than Labour. Not only would it provide the things we as a society need, but the spending will of itself generate growth leading to increased tax incomes. Keynesian thinking is alive and well at the heart of SNP policy – and yet it has been all but extinguished in Labour.

Second, the SNP retains a universalist approach to public services and welfare whereas the Tories and Labour regard them to varying degree as safety nets to mop up the worst effects of the market. I remember Tony Benn saying that public services are the way in which people can buy collectively the things that they cannot afford individually – so everyone gets to own a bit of a hospital, a school, a bus. This underpins SNP thinking from school meals, to tuition fees, to personal care for the elderly.

Critics who argue that these polices benefit the middle classes too and should be restricted through means testing to the poorest in society miss the point. Socialism isn’t about unequal shares; it’s about people contributing according to their ability to pay. The wealthy should pay more through higher taxation. But keeping services universal means everyone can see some benefit from their contributions. If everyone gets something back support for collective provision is higher. Residualizing public services fuels resentment at their funding. It leads to a vicious downward spiral creating political support for tax cuts and privatisation.

Public services should be there for everyone. Not just in the field of health and education. Everyone should want to travel by public transport because it is cheaper, faster and more convenient than taking the car. We should strive to make rented public housing so good that it becomes the natural choice for young professional couples rather than the shelter of last resort.

Third, the SNP advance opens up the prospect of nuclear disarmament for the first time in all of our lives. Cancellation of the Trident replacement programme and the switch of the three or four billion pounds a year it will cost to health and education would be a momentous victory for the left.

This is not a pipe dream. In a hung parliament, movement on Trident will be the price of SNP support for a minority Labour government. And with surveys showing that three quarters of Labour’s election candidates support the move it will be very much on the cards. There are forces within the MoD who will welcome the move as it will relieve the pressure on conventional armed forces and even the Americans are unlikely to too be alarmed at the eventual loss of a system which contributes just two percent to NATO’s capability. This actually could happen. But it will absolutely not happen if either Tory or Labour parties form a majority government.

Crucially for socialists, we seek the power to intervene and manage the Scottish economy for the benefit of the people who live here. Powers that will allow us to increase minimum wages, scrap the bedroom tax, change tax allowances, clamp down on tax evasion, and borrow to invest in our infrastructure. We seek the competence to make these changes here even if they are not shared by the good people of the Home Counties.

There are, of course, a few Neanderthals who will argue that this is not progressive because we can somehow only operate within an eighteenth century polity that can never be altered. Most, though, would accept that such economic democracy would be a good thing. And, as with independence, our aim is not to set ourselves apart from the people of Britain, but to set them an example. Let England follow where Scotland leads.

By any measure, the SNP offers a social democratic prospectus to the people of Scotland. Against this, Labour has only one defence. They will cry that a vote for the SNP will increase the chances of a Tory government. This is beyond glib: not only facile and shallow, the argument is false.

Despite what Lewis Moonie and Gisela Stuart may think, there really is no other option. SNP MPs will never put a Tory government in power. So, whether an SNP or Labour member is elected in a particular Scottish seat has no bearing on whether the Tories succeed in forming a government.
There is currently one Tory member of the Westminster parliament in Scotland. After the election there will be one or none. Scots voters have pretty much zero impact on the size of the Tory group in the UK parliament: we can only wipe them out once.

Voting SNP doesn’t get Tories elected. Here’s what it does do. It obliges the Labour party to consult and agree a programme for government with smaller parties like the SNP. This is actually good news for Labour voters. Why? Because by any conceivable outcome, the price of such support will drag Labour away from the neo-con orthodoxy in which it and the rest of the British establishment is steeped.

That’s why socialists should vote SNP at this election. The alternative is to give Ed Miliband carte blanche to spend five years playing at Tory-lite. And whilst he does that, we can watch Scotland and the concerns of its inhabitants slide towards the bottom of the UK agenda.

Tommy Sheppard is SNP prospective parliamentary candidate for Edinburgh East. His website is http://www.tommysheppard.com/ He was a member of the Labour Party for 21 years (including eight as a councillor and three as Assistant General Secretary of the Scottish Labour Party), joining the SNP in late 2014. He is also a member of the Scottish Left Review editorial board.