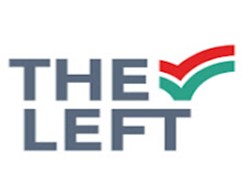 Barbara Steiner gives an overview of the strength of left parties in Europe, revealing not everything is bad

Let’s begin by recognising that the new popular ecological and socialist union is biggest opposition party in the French parliament, Sinn Féin became the strongest party in Northern Ireland, and Syriza is preparing to re-enter the Greek government. They all have MEPS who sit as The Left in the European Parliament (which was called the European United Left/Nordic Green Left until early 2021).

The French left achieved a particularly significant success in the first half of the year: Jean-Luc Mélenchon, presidential candidate of the movement La France insoumise (LFI, ‘Insubordinate France’), led the left camp with 22% of the vote. However, he did not get into the run-off with Macron, not least because of the strong fragmentation of the left with seven candidates. Immediately after the second presidential round, a left alliance was formed for the parliamentary elections in June under the name Nouvelle Union Populaire écologiste et sociale (NUPES). On the basis of an agreement and a shared programme LFI, the Greens, the CPF and the Socialists were joining forces in a historic alliance to provide a potential Prime Minister and to form an opposition to Macron in parliament. In the elections in June the then united left alliance NUPES became the major opposition force with 131 seats in the parliament, up from about 50 in 2017.

In an unprecedented case in French history, the parliamentary elections weren’t just to confirm the presidents’ majority camp but there ‘the idea that the newly elected President of the Republic should be controlled by an assembly of a different political colour was a majority opinion’ according to Gala Kabbaj in early July on the transform! Europe website. So, Macron’s presidential coalition Ensemble lost its majority in parliament (245 seats), which he could now only secure in an agreement with The Republicans (74 seats). But the bad news was the extreme right, the National Front, could also play a role here as it won 89 seats, up from 8 in the previous election. What was clear after the presidential election was further confirmed, namely, the tripartition of the French political system: the right, the extreme right and the united left form the three pillars of the political landscape now.

In the presidential election campaign, Melenchon courageously took the side of the racially oppressed and the side of peace and disarmament. In the legislative campaign the left succeeded to present a radical social ecological programme. The voter base is amongst the poor, precarious, racially discriminated and young working classes as well as highly educated but not accordingly renumerated graduates, strongholds are the poor regions like the overseas and big cities and Paris region.

This is an important sign of unification for the left across Europe. In his campaign for the early parliamentary elections in January 2022, the socialist president of Portugal, António Costa, succeeded in demonising the left parties (Left Bloc, Communist Party) that formerly supported his minority government. Support for both fell from 9.5% and 6.3% respectively to around 4.4% each, and Costa can now govern with an absolute majority.

Here, the role of opinion polls and the media in influencing voters must also be criticised. They had wrongly predicted a neck-and-neck race between the centre parties. In addition, there was the threatening scenario of a far-right coalition taking over the government if the socialists did not win. In fact, there was no relevant migration of voters between the right and left camps. This means that, in contrast to many other European countries, there is still a left-wing majority in Portugal, with which the right was repelled.

After the 2019 election, Costa did not continue his agreement with the left, preferring to secure the support of various liberal MPs, as well as that of the right for some laws. For the radical left parties, with their demands for social and labour reforms, this course could only be harmful, and this was in line with the interests of employers’ associations.

In the Czech Republic, the Communist Party of Bohemia and Moravia (KSČM) lost massively as a result of its support for the neo-liberal and corrupt ANO government. They, along with the Social Democrats, failed to reach the 5% threshold and are no longer represented in parliament. Another problem is that for both members and voters of the KSČM the average age is very high, and the party has struggled to renew itself in terms of personnel. At least the party has now elected the young MEP Kateřina Konečná as its chair in May 2022. Whether she can usher in a new political spring remains to be seen. The outcomes of the municipal elections coming up in September will provide a first impression after last elections’ failure.

In Slovenia, the green-liberal entrepreneur Robert Golob, who only became known to the wider public a few months before the election, won the election with his Freedom Movement as the main challenger to the ruling Janes Janša. The Levica party, founded in 2014, lost many votes to him, with support dropping by more than half and the party barely holding on to its parliamentary representation with 4.4%. Nevertheless, it is now part of Golob’s government together with the Social Democratic Party. Party leader, Luka Mesec, is deputy head of government and Levica holds three ministries: the newly conceived ‘Ministry of Solidary Future’, along with the Ministry of Culture and the Ministry of Family Affairs.

The Left Party (DIE LINKE – see also Christine Buchholz in this issue) in Germany almost suffered the same fate as the Czech Communist Party – to drop out of parliament. Only thanks to three direct mandates did it remain in the Bundestag after the 2021 national elections. Some of the reasons for this include a lack of strategy, internal party conflicts and being caught between the Greens and the Social Democrats. The political strategy, therefore, remained unclear for many voters. The current debates seem to be directed inwards and the party does not seem to be on the offensive against a warmongering ‘traffic light’ coalition government. In June, the party congress voted in a new leadership team but this does not seem to have led to other personnel changes and a strategic drive. One challenge amongst others seems to be how to include the 40% of party members’ delegates, who did not vote for the new leadership at the congress. Anyhow, the positioning for peace and against militarisation as well as the fight against rising living costs and pauperisation are original core topics of the Left which could be used now.

In the Nordic countries of EU, the left parties also support social democratic governments or – as in Finland – are involved in government and yet remain stable. But here, too, they are faced with the dilemma: participate in or support governments led by social democrats and share responsibility for their failures, or remain in opposition to them, thus, depriving themselves of formal influence. Particularly on issues of militarisation and NATO, this poses great challenges to the parties. The Left Party in Sweden opposes the NATO whereas half of the MPs and the delegates of the Finnish Left Alliance party congress are in favour of the NATO accession of Finland. The war and the change to a pragmatically positive position on NATO – aligning with the government, in which Left Alliance has two ministers (education and social affairs and health), and a nationwide majority on this question – does not seem to influence the polls of showing a stable 8% for the Left Alliance, with the next elections taking place in April 2023.

In Denmark, the Red–Green Alliance/Unity List achieved gains in the regional elections and even became the strongest force in Copenhagen. Nevertheless, they did not win the mayor’s seat from the other parties, which also shows how ultimately limited the influence of the voters’ will is on the distribution of power. Red-Green Alliance/Unity List has continued to support the Social Democrats’ minority government since 2019, though not in an undisputed way. The election campaign for the September national election in Sweden is marked by extremely racist campaigns by the extreme right, right and liberal parties. The Left party fell a little in support and are around 8-9% in the polls, as many voters might decide to vote for the Greens, as they had been under the threshold for entering the parliament of 4% in the polls.

In Serbia, the ruling Serbian Progressive Party managed to stay in power – thanks to a pyrrhic victory – and the left alliance Moramo (We Must) managed to enter parliament for the first time, with 13 seats, and also won 13 seats on the Belgrade city council.

In Italy, the small radical left united as popular Union, a pacifist and alternative list, born from the commitment of Luigi De Magistris’, former mayor of Naples, Manifest which is a group of parliamentarians who left the Five Star Movement, Communist Refoundation Party, Power to the People. Meanwhile, the Italian Left and the Greens joined forces and are part of the Centre left alliance with the Democratic Party and others. The Cypriot Progressive Party of the Working People (AKEL) gained 22.3% in the 2021 parliamentary elections. From 2008 until 2013, the left party governed Cyprus.

In Spain, Unidas Podemos (UP) – the alliance of the United Left (communist party and other leftists) and Podemos – is part of the government led by the Socialists (PSOE), which also includes the Socialist Party of Catalonia. This government came into being in January 2020 after several rounds of elections, when the PSOE had practically no other choice. Only in this situation were the socialists prepared to govern with a leftist party and, thus, meet the demands of the electorate. For Unidas Podemos, this meant entering the government as a relatively weakened partner after Podemos’ spectacular rise in 2015. The most popular minister in this ‘progressive government’ is the independent communist labour minister, Yolanda Díaz. After a nail-biting process due to the weak parliamentary majority, she pushed a new labour law through parliament that strengthens collective bargaining rights. She could become the leader of the Unidas Podemos after Pablo Iglesias withdrew from party politics overnight in 2021.

New elections are looking increasingly likely in Greece this autumn. The conservative government of 2019 onwards has been characterised by mismanagement, be it of the pandemic, forest fires or snow chaos. In order to counter the conservative supremacy of Nea Dimokratia and the media, Alexis Tsipras and Syriza – itself a coalition – are planning a progressive alliance with all leftists, progressive forces and democrats. As the governing party, Syriza from 2015–2019 failed to make gains from the health crisis, now remaining constant at around 27% in the polls. It held its third party congress in April – the first for six years due to Covid-19 – and continues to pursue the path to becoming a mass membership party. In his speech, party leader Tsipras presented a radical left reform policy programme.

After the election success in Northern Ireland it seems likely that socialist and nationalist Sinn Féin will win the elections and – should they enter government – possibly finally launch a referendum for a united Ireland.

The left can only grow through alliance. The communist left in the Czech Republic, Italy, Portugal and France, but also the renewed left in Germany and Portugal and the left project in Spain are on the decline in elections and polls. Small parties supporting social democratic governments cannot count on the support of these governments. A transformation of Europe into a social and ecological union can only succeed as part of a strong alliance of progressive forces.

In the Aftermath of the European Elections: The European Left Facing New Challenges – https://www.transform-network.net/publications/issue/in-the-aftermath-of-the-european-elections-the-european-left-facing-new-challenges-1/

Barbara Steiner is a political scientist based in Vienna, the director of transform!europe and member of transform.at. – see https://www.transform-network.net/