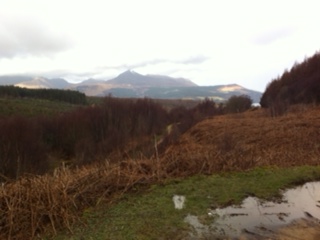 Tax policies alongside spending priorities will be a key battleground. Precursors are Labour and LibDem proposals to raise income tax by 1p for 2016-17, thereby, increasing revenue by £490m less rebates. This was to offset a 2% cut in the Westminster block grant (WBG). 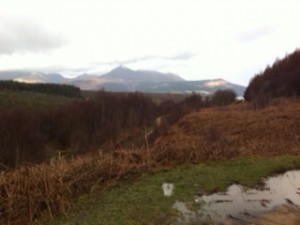 With all income tax bands and thresholds being devolved from May 2017 and Westminster austerity set to further cut the WBG, arguments over tax and spending priorities will continue. National insurance, VAT, corporation tax, fuel duty, tobacco and alcohol taxes will remain reserved taxes.

There is clearly a mood by most parties to use these new powers to offset Tory cuts and provide new benefits and services. There is also a commitment to modify or replace the regressive CT. There agreement ends and differences of approach to tax policy arise.

The SNP will allow councils to raise CT by 3% (£70m) and also increase the top rate by around 20% with low earning households excluded (£100m for education). Thus, properties that are 15 times more valuable would be charged 3.6 times the lowest valued band. SNP has committed to increasing annual childcare expenditure by £440m by 2020 and reducing APD by half costing £150m by 2018. It has made no announcements on income tax, seeming to be wary about increasing the top rate due to ‘behaviour responses’ despite supporting a rise for Britain.

Labour wishes to introduce a 50p top rate of tax, support an immediate 2p rise in CT and oppose a cut in APD. Scottish Greens want a land value tax to replace CT. This would be based on the value of property and land and they see it as akin to a wealth tax particularly on large estates and land banks. Their income tax proposals are unclear and they voted against Labour’s 1p rise. They oppose a cut in APD on environmental grounds.

Solidarity and RISE both support replacing CT with a Scottish service tax, which is an income tax amendment introducing new bands but raising equivalent revenue to CT to be assigned to local authorities. Most households would pay less. In Solidarity’s case, this is allied to taxes on second homes and unproductive land. The LibDems have committed themselves to a 1p rise in income tax, but seem to want a local income tax to replace CT.

How much would these proposals raise and how fair’ would they be?

Property Tax: Evidence to the tax commission estimated that a 0.79% annual tax on the value of residential properties would raise the same as CT. Owners of an average house in Scotland valued at £168,000 would pay £1,327. A flat worth £80,000 would be charged £632. A house worth £2,000,000 would pay £15,800. With appropriate rebates this is more progressive than CT, reasonably easy to collect and as it would be used for local services probably seen as ‘fair’. It could also be charged on second homes and vacant property. Introducing more CT bands at the higher level allied to revaluation would have similar effects.

Land Tax: A land value tax would essentially tax undeveloped and productive land such as farms, grouse moors etc. Mostly these are not taxed at present so this would be additional revenue. The main advantage is that land cannot move and the levy would be against owners of land which could include absentee or foreign owners. Economically, it is a tax on speculation and could be accompanied by rebates for productive usage e.g. farmers. More research is required to determine the revenue that could be raised.

No one tax will provide a ‘fair’ outcome. Some income tax rises can maintain services. Large top rate tax rises only in Scotland are too easy for the rich to avoid. Property and land taxes can act as wealth taxes. A combination of all of these is probably ‘fair’.

Gordon Morgan wrote the Financial Memorandum for the Scottish Service Tax Bill in 2005.