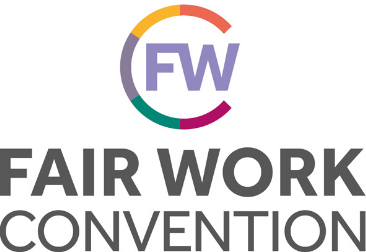 Gregor Gall analyses a recent report by the Fair Work Convention and finds it fatally flawed.

The ‘Fair Work Framework’ (FWF) has been the Scottish Government’s flagship programme on employment issues since 2016. It sets out to make Scotland a ‘fair work’ nation by 2025. With the forthcoming Scottish Parliament elections, this next parliament will run until that date so the next Scottish Government will self-evidently be accountable for ensuring this goal is achieved.

The FWF has five dimensions, namely, facilitating ‘fair work’ as work that provides workers with effective voice, opportunity, security, respect and fulfilment, and is supervised by the Fair Work Convention (FWC). This covers various matters of pay, conditions and collective bargaining amongst other issues. At the end of 2020, the Convention published its report on the progress made since 2016 to achieve ‘fair work’ in Scotland.

The FWC took a critical line saying ‘greater commitment by government, employers and trade unions to implementing and progressing fair work [is needed] if Scotland is to achieve its ambition of being a Fair Work Nation by 2025’. This was because it found, prior to the COVID-19 crisis, that disabled workers, ethnic minorities, women and young workers often experienced poorer work outcomes and are often more heavily concentrated in precarious and low paid work.

The report also found there has been no improvement in access to flexible working; no improvement in the number of illnesses caused by work; the use of zero hours contracts increased; effective use of skills in the workplace decreased; workers’ participation in workplace learning decreased; and union membership decreased.

More positively, however, the report found that the proportion of people earning less than the real living wage decreased; the overall measure of employment security improved; levels of participation in involuntary non-permanent work and involuntary part-time work improved; gender and ethnicity pay gaps narrowed; and collective bargaining coverage increased. To summarise the report using its own indicators, on 40% of them the situation was ‘improving’, on 38% it was ‘maintaining’ and on 22% it was ‘worsening’.

Predictably, the media picked up upon the criticisms in the FWC’s report and supported the set of recommendations such as making fair work a condition of all public funding available to employers as a means of improving and embedding higher standards of fair work policy and practice. But the real story was ignored. This is because the report’s own criticism drew attention away from a critical flaw. The flaw is that no evidence was presented – or, indeed, even exists elsewhere – that the FWF accounts for any of these outcomes, especially the ‘improving’ ones. So ‘Fair Work’ is taking credit for developments that are, at best, not directly connected to it and, at worst, it has nothing to do with. This is all the more apparent when one remembers that ‘Fair Work’ is entirely without any statutory underpinning.

How did this flaw come about? The report tells us that the secondary data sources used were those like the Labour Force Survey. The report says of these that ‘The data sources used … are designated as Official Statistics. This ensures that data presented here is robust and reliable’. The only caveats the report entered into on the data were that ‘there is some time lag’ – meaning that the data covers 2016 to 2019 – and a ‘number of gaps in data exist’ so that two of the 39 indicators could not be measured. As a result of this, the Convention also recommended that Scottish Government invest in improving the quality of workplace data, particularly as it relates to workers with protected characteristics.

But even if this particular recommendation was enacted, it would show what has happened but not why or how it has happened or who was responsible. In other words, it would still not establish the connection between developments on the ground, whether positive or negative, in attaining the five dimensions and the actions and policies of the Scottish Government towards creating ‘fair work’. Indeed, the FWC provides us with just four ‘stories’ of where employers have implemented fair work.

So, let’s turn to an aspect where there is some decent data. This concerns the Scottish Government’s Scottish Business Pledge. From its launch in 2015, the pledge involves employers committing to a number of goals of which the two core ones are paying the real living wage and no inappropriate use of zero hours contracts. The number of employers making the pledge has grown from 184, covering around 39,000 workers, in 2016 to 711, covering around 127,000 workers, by 2020. That does represent progress but it still only covers 5% of the workforce in Scotland, and it also has to borne in mind that the independent Scottish Living Wage was established in 2014 and has accredited just over 1,900 employers by 2020, giving 46,000 workers a pay rise. Both the Scottish Business Pledge and Scottish Living Wage indicate how limited progress is when there is no force of law to secure policy goals.

The significance of this is that developments in employment matters, both good and bad, result from economic and labour market pressures, the actions of employers in deciding how to best chase profits, and the behaviour of unions in trying to best defend their members’ interests. And this is where the state does not compel employers to act in certain ways as a result of legal measures.

There is nothing in the work of the FWF or wider actions of the Scottish Government on employment matters that has a statutory underpinning to it. Until it does, there will be no hard and fast evidence that any changes in employment matters have any direct bearing or relationship to the FWF. And given that employment matters remain reserved business to Westminster, that may require either further devolution or independence.

Yes, a republic! But what sort of republic?