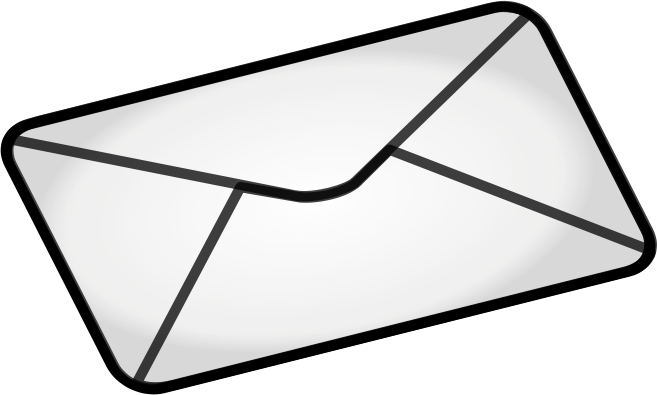 Need for Direct and Active Democracy

I thought there were some really excellent reflections on the referendum. In the 1930s, the Wall Street crash was followed four years later by the rise of Hitler. I believe today the rise of nationalism of the SNP and fascism of UKIP has resulted from the same wish for people to gain agency again in the face perceived powerlessness over the state of their economy but also their political system. Neil Findlay and Tommy Kane were right to highlight the dissatisfaction with the political status quo as 1.6m people were prepared to jump over the cliff in the hope there would be a safe landing. That is why I agree with Richard Leonard that the change people want is not a shift of power from one Parliament to another and from one set of politicians to another but a shift in power from the elites of politics to the people in the form of a more direct and active democracy. This should be the aim of any political party that claims to be on the left.

For the same reason I believe Dave Watson was also correct in highlighting that the new SNP members will not have joined because they support the core neo-liberal economic policies in the White Paper. Richard Leonard’s piece was spot on when he wrote that if socialism means anything, it is the extension of democracy into the economic as well as the political system. The agency needed for people to stop feeling powerless is not just from a parliament but form the power of ownership and power the over accumulation of wealth. To this end it was great to read John McDonnell’s suggestions of how opportunities that the referendum debate has opened could be used to benefit working people. If there are to be new taxation powers for Scotland; let’s put a Land Value Taxation, a comprehensive wealth tax and a Tobin tax on the agenda. If there are to be additional welfare powers; let’s start a debate about the introduction of a citizen’s basic income.

As a 29 year old man, the referendum campaign has brought about a greatest mobilisation of working people that I have ever witnessed. I do not believe we should now rest but begin our new task of campaigning for these taxes and distributive measures.
Scott Nicholson

SLR is well aware of the neo-liberal world – the dominance of globalised giant corporations, banks and financial markets, their control of governments and politicians. The British establishment is part of it with its grip on our three main political parties. That’s why it’s no accident that they were all united in the Better Together ‘no’ campaign. That should tell us something about ‘class’ politics and why ‘class’ has been a dirty, unutterable word. Now looking at that reality in light of the referendum result, the ‘yes’ campaign was fundamentally about democracy and self-determination, the right of our people to take full control over their lives: in other words, full power, not limited.

That’s why democracy was a word hardly uttered by the ‘no’ camp. In the ‘yes’ campaign social democratic solutions to real problems were raised – austerity, low pay, inequality, human rights, zero hours, NHS, welfare rights to list just some as well as Trident and peace – against Tory and almost feudal Westminster rule. The opportunity to fight against these is ‘class politics’. When polls indicated possible victory for ‘yes’, the establishment – the ruling class redoubled their efforts with more ‘devo-max’ (however vague) on offer.

If ‘yes’ had won, the movement arising from the campaign and all our people would have been involved in discussions about policy including SNP policies in the campaigns for a new Scottish government in 2016. But SNP policies naturally came up at many ‘yes’ meetings I and others attended, as well as much criticisms of Labour and its lack of anti-Tory policies and campaigns for social democratic alternatives on behalf of our people. All of this for me and others is very much ‘class politics’ and an opportunity to advance the cause of our people against vested interests. At the last Radical Independent Conference, the actor David Hayman said to cheers ‘the ‘no’ campaign’s other name is despair. It believes poverty is inevitable and the distribution of public services is necessary – it believes that wealth should belong to those with the sharpest elbows and the meanest hearts’. At the same meeting, the SSP’s Colin Fox said ‘independence allows us to start the process of breaking free from the British ruling class and their political prism, the foundation of their power structure and control’. So while most discussions were about economics and politics, the importance of a written constitution guaranteeing rights and responsibilities in a democratic society was recognised.

The wonderful involvement of people on an unprecedented scale in politics must be kept going. Cameron and others want it done and dusted, this must not happen – politicians ran away from public meetings and discussions, so no going back. Campaigning on real powers and democracy needs to continue – all the issues are there. The impact is already being felt on the rest of Britain – that’s important.
John Kay

A United Voice for the Left

Most of the Yes contributors produced a dazzling display of gross generalizations based on the flimsiest of evidence. However, even more disappointing was the continued belief that radicalism cannot be achieved without independence. The problem with this approach is that rather than advance the cause of radicalism it, in effect, puts progress on hold as the struggle for independence takes precedence over the drive to influence and win support for what can be done now. The true pre-requisite for radical change is the existence of a political that will to deliver progressive policies that address the poverty and inequality that exists in our society. We do not need to wait for independence, or even for additional powers, to challenge the regressive policies being pursued by the current SNP government and highlight what progressive measures can be delivered.

While evidence of this political will was demonstrated by both sides during the referendum campaign, this did not come from the mainstream parties who dominated the agenda and who revealed little or no radical approach to what they would deliver. Any perception that following the referendum campaign the Scottish electorate is now ready to vote for radical policies that will deliver real change must be tempered by the fact that SNP membership has now soared to 80,000. This suggests that change for many does not equate to radicalism. So despite the exaggerated claims from many on the left the struggle to win support for radical policies has not yet been won.

To achieve this it is essential that the left in Scotland move forward with a distinct voice that allows them to be heard. Left groups aligning themselves with the SNP to form an ‘independence alliance’ at future elections would only serve to marginalise the left message as effectively as it was during the referendum campaign. This is not an argument against left groups supporting independence which is an entirely legitimate position. It is a concern that this creates an unnecessary division between the Scottish left at a time when the focus should be on ensuring they shout with a united voice and are heard by the electorate, that they challenge the mainstream parties to adopt more radical policies and work to gain support for what can be done now. Scottish Labour electing a leader from the left would be a good first step.
Alan Hotchkiss

Radicalism Across the UK

Reading the last SLR, I was struck by one major point, namely, the basis of our politics. Moving forward, it must be politics based upon class and not based upon nationalism. Those of us on both sides of the independence debate must now come together; talk of unionist and nationalist parties is unhelpful as many of us share the same goal. Regardless of your view on the campaigns which were run (and of which I found numerous flaws in both), the result was decisive. Barring major change, we must now accept that for at least the next generation Scotland will remain a member of the UK. What I’m sure we can all agree on is the need for radical new left wing policies to be brought to the forefront, both at Westminster and Holyrood. During the campaign there was talk of ‘inspiring’ other regions of the UK so using the powers of Holyrood both current and future will be a truly powerful way to achieve this. Neil Findlay and Tommy Kane’s piece was particularly pertinent as Scottish Labour is now at a crossroads: to elect him their leader would truly set the party on a more radical course than we’ve seen since the dawn of ‘new’ Labour. However, should Scottish Labour elect the presently favoured Jim Murphy, it may well be the final nail in their coffin. For this reason I consider it imperative that any member of Labour who believes in real Labour values must throw their support behind Neil Findlay.
Gary Duncan

I read the last issue from cover to cover. I then re-read the contributions from the Better Together collective, which failed to mention Trident, the House of Lords, PFI or foreign wars – I wonder why? Neil Findlay and Tommy Kane’s piece made a feeble attempt to claim that both Yes and No sides had curious allies so, by sleight of hand, cancelling out any differences there might be in the alliances which arose during the campaign. This does not hold up to even a cursory investigation of the facts. I leave it to readers to draw up a list of those forces ranged on either side – and don’t forget the Tories who Neil and Tommy just overlooked. Finally, I read Vladimir’s contribution and looked at the unused cover. Like him, I’ll continue to wear my ‘yes’ badge; but I’ve gone further by deciding to join one of the ‘yes’ parties, my only dilemma being, which one, since they had all played such an admirable part in the campaign. In the end, I sent my application to the SNP, but wish the Greens, the SSP and the RIC well, as I do those other progressive groups-Women for Indy, the National Collective, Labour for Indy, Scottish Socialists for Independence and others who did so much to promote Hope over Fear.
Andy Sanders