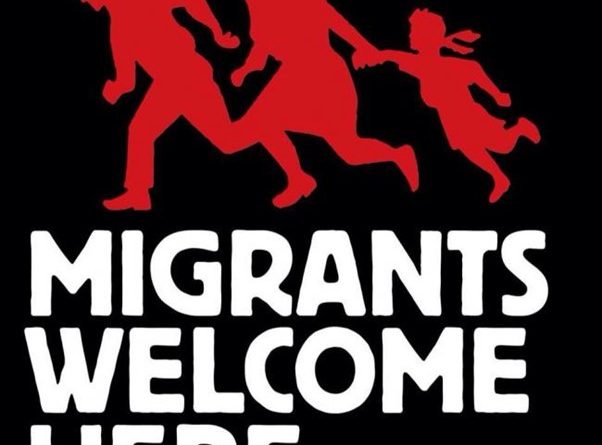 Roza Salih calls for rebellion against Westminster’s inhumanity and the creation of a Scottish system.

It has been 16 years since I first gained notoriety as a teenager with the Glasgow Girls, but all these years later, Britain still has an immigration system deprived of heart and lacking even basic humanity. At just 15, my fellow teenage campaigners and I saw first-hand the callus UK Border Force in action as they attempted to deport our school friend in a dawn raid in 2005. Our actions shone a light on the horrendous way the immigration system treated those who seek safety or a new life in Britain, and on that day, we won the battle, but my campaign for a fair immigration system went on.

Fast forward over a decade and it is heart-breaking for me to know that any progress my friends and I made has been systematically torn up by a right-wing Tory Government’s anti-immigration rhetoric, its hostile immigration environment policy, and a Brexit created out of false narratives about immigrants coming to Britain.

However, even in this darkness that brings so much misery to so many, there can be a bright spark that helps reignite the fires for change. What happened in Kenmure Street on 13 May 2021, for me, brought chills and gladdened my heart. The similarities between what has locally been known as the ‘Kenmure Street Rebellion’ and the Glasgow Girls are striking – a dawn raid which saw the community come together in solidarity to tell the Border Force ‘not in our name’.

At the time of the Kenmure dawn raid, I was working from home but knew I had to join my fellow campaigners on the streets and use my profile as a rallying call. I was only too aware of how small actions can have such a positive change for good. Turning up at the protests, I was overwhelmed by the community and campaigner’s response – led by the No Eviction Network and other campaign groups.

The streets were full of people surrounding a sole Home Office van, where the two men who had so coldly been dragged from their homes during Eid were being held. The ‘star of the show’ was the brave man who managed to block the van with his bicycle and get underneath – risking his own life for others.

The energy was high, and so many people chanted, ‘Roza, do your chant!’ Someone passed me the megaphone – I chanted, ‘Refugees are welcome here!’, ‘Power to the people because the people have the power’. Hours later, Police Scotland intervened and made sure that the two detained men were released back into their community. The feeling of euphoria was palpable in the street.

Like in 2005, I was part of a group that had again won the battle and like then the campaign for change must go on. People have been inspired to join their local refugee support charity or campaign group, and if you see Immigration Enforcement vans on your street, please don’t just walk by. You can take a photo and tweet it to the Anti-raids network and the No Evictions campaign. These actions show asylum seekers and immigrants that they are valued and are welcomed here.

While powers remain with Westminster, it will always be a challenging system for migrants because of the deliberate adversities built into the system, ranging from education barriers to eviction and lock changes, destitution, and no recourse to public funds. Asylum seekers are not allowed to provide for their families – which isolate and separate them from the communities they live in. Let’s not forget the amount of time that asylum seekers must wait for a decision or just to be interviewed about their claim. Their lives in limbo for years.

The system is intended to be a deterrent to be used as anti-immigration propaganda to play to the right of the Tory party. Since Theresa May’s ‘hostile environment’, asylum seekers have been seen as data, and their stories of war, torture and famine disregarded. Home Office policy fails to recognise that asylum seeker and immigrants are some of the most vulnerable groups in society.

This leads me to only one conclusion: Scotland must have the powers to create an immigration system that reflects our values here – dignity for everyone should be at the centre of all our decision making. Caseworkers should meet the asylum claimants they work with; there should be no raids and no detention centres.

A Scottish immigration system needs a more humanistic approach that could celebrate the enormous contribution asylum seekers, and immigrants make to our country. Other nations in the world could look to Scotland as a model. Scotland has already led the way, giving asylum seekers access to higher education through scholarships. And, in Scotland, we are the only nation of the UK that gives asylum seekers the right to vote in devolved and council elections. That is why we must as a nation take the opportunity to secure our independence, so we have the powers to lead the way with a humane immigration system here in Scotland. Until then, we all must stand against the hostile environment approach to immigration and asylum.

Roza Salih is a Kurdish-born human rights activist based in Glasgow. At the age of 15, she co-founded the Glasgow Girls with fellow pupils from Drumchapel high school, and prevented the deportation of their friend.