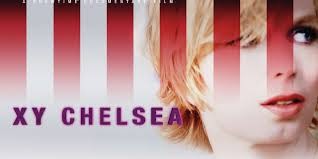 Political and social relevance resounds sensitively and intensely within this documentary about whistle-blower, Chelsea Manning. XY Chelsea mainly arcs across the time between her release from prison in January 2017 and May 2019, when she was re-imprisoned for refusing to testify before the United States Grand Jury against others similarly accused of treason and conspiracy.

Billed by Capital Film Fund as: ‘A unique view of one of the most important stories of the 21st century and an ongoing trial that has implications for us all’, the film promises complex, prophetic insights. Director, Tim Travers Hawkins, fulfils that promise through observing his subject’s story through those who are closest to it and also through airing relevant audio and documentary footage from past archives.

The precursory narrative which this film brings to the screen reminds us that, while working for the US government, Manning took a personal, unauthorised decision to publicly leak between half and three-quarters of a million secret military images via WikiLeaks. Subsequently imprisoned as a man – then Bradley Edward Manning – in 2010 and kept in solitary confinement for almost a year at Quantico before being transferred to maximum security jail Fort Leavenworth in Kansas, the prisoner was further tried and convicted on 17 charges and was sentenced to 35 years imprisonment.

XY Chelsea throws light upon the fact that Manning’s clemency lawyers have worked tirelessly in reaching the point at which this documentary begins. Its last words emphasise the US government seeking to have arrested and extradited WikiLeaks founder, Julian Assange while its first words are spoken by internationally recognised defence lawyer, Nancy Hollander, who we witness as the first recipient of news about her client’s imminent release from prison in 2017.

Tracking events following Manning’s release, XY Chelsea reveals personal reflections upon the predicament which the person now known as Chelsea felt upon realising that that her work as a US intelligence officer contributed to ‘collateral murder’ of civilians in Afghanistan. Making such a deeply impacting judgment call, despite understanding her weight of decision to unofficially disclose rather than continue to do her job in plotting kill-zones for the military, is shown as morally conscionable, rather than maliciously intended. Audio recordings of the court trial, moreover, reveal that the defender both humbly accepted responsibility for unwillingly causing harm to people and made a heartfelt apology at the time.

While her charges and prison sentence may not be viewed by all as unjust, this documentary more than suggests that drawing out her suffering through further targeted pursuit and incarceration is unlikely to advantage western society-at-large. Hawkins highlights this aspect by following some of Chelsea’s public, anti-war appearances and her online LGBTQ advocacy, during her two years of freedom. He also documents close-conversation footage where she movingly, knowingly divulges that, classifiable by her ex-employers as an ‘enemy of the state’, US government and military pursuits against her will ‘never stop’. By the close of the film, her prophetic words reverberate disturbingly, as news of her re-imprisonment reaches headline significance.

Hollander’s pro-rights stand against her client’s treatment by USA’s military and government has been vented elsewhere. For instance, she has gone on record as being strongly against the lack of concern given by the US government to the ‘damning subject of the disclosures’ by Manning. By contrast, although not discussed in this documentary, 2019’s honouring of D-Day British, European and USA soldiers and veterans renders the terseness of this legal position particularly debatable.

Simple observation of Manning’s petite, fragile stature and her guarded honesty about her life before joining the US military and what happened along the way to here is particularly compelling. A short interview in Wales with her mother sensitively conveys her dysfunctional retrospect of her now grown-up child, through vague, personal recollections.

Exceptional circumstances which surround Manning’s personal and professional position on the secrecy versus open disclosure debate make XY Chelsea an exceptional watch – especially considering a number of bigger issues, such as those which doggedly surround global social media and what should or can be put out in public domains in the name of individual or collective freedoms.

Hawkins keeps the human element of the film in clear focus, allowing viewers to make their own minds up about how Chelsea Manning’s story fits into a complex moral and legal picture. The documentary’s unique soundtrack suitably parallels its enigmatic and intense subject. Do not miss this film.