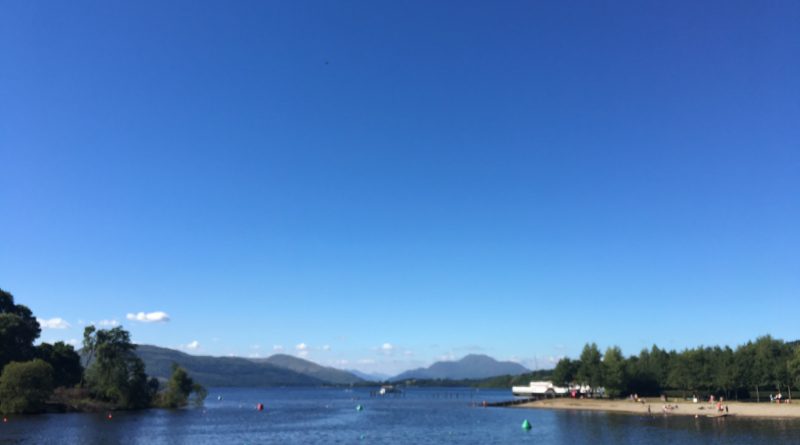 Annie Morgan takes the Scottish Government to task for not sinking the proposal to profit from environmental destruction.

Scottish Enterprise, owner of the land, recently withdrew from the potential planning application by the Lomond Banks, a subsidiary of theme park operator, Flamingo Land, after Lomond Banks submitted a request for an Environmental Impact Assessment (EIA) or ‘screening and scoping option’. This request represents a preliminary step towards a proper planning application. Scottish Enterprise’s withdrawal should not be taken at face value as it was done without consulting or informing local campaigners.

In this context, this article calls upon the Scottish Government and its relevant ministers – primarily, Kate Forbes, Cabinet Secretary for Finance and the Economy, and Michael Matheson, Cabinet Secretary for Net Zero, Energy and Transport – to intervene with reference to the impact upon the environment, specifically with regard to the Drumkinnon Woods, the National Park reserve and local communities.

The Save Loch Lomond campaign seeks to give voice to the local communities’ concerns and to halt the conditional missive, that is, the exclusivity agreement (EA) with the developers. Some 13,000 signatories have called for it to be scrapped. This follows the 60,000 objections to the original planning application from Flamingo Land, amounting to being the most unpopular planning application for land use in Scottish history. In cases where developments are controversial or of national significance, they can be taken out of local planning authorities to be decided by Scottish ministers. This potential development is undoubtedly both.

The EA is contrary to Scottish Government policy on community involvement as set out in its Programme for Government of September 2020. This programme emphasises community-led place-based renewable programmes. Community-led land acquisition should be supported, in the various words of the programme captured in its statements: ‘Harness the energy of communities to ensure they are a core part of how we do economic development in Scotland’; ‘Critical value of community power and local economic energy’ and ‘Democratic decision deficit that afflicts so many of our communities who are often excluded from participation in local decision making about their places’. The EA is also flouting the Scottish Government’s own policy and the statutory objectives of the National Park, a policy which has the declared aim of ‘Protecting Scotland, Renewing Scotland’.

The Scottish Government has declared an intent to protect and promote biodiversity and the First Minister states that Scotland must lead the way in facing challenges to biodiversity. This then is the ‘national significance’ flag. The conference of the parties to the United Nations Framework Convention on Climate Change (COP) emphasises that biodiversity is essential for human life. The Inter-Governmental Science-Policy Platform on Biodiversity and Ecosystem Services (IPBES) stated in its 2019 report that ‘the loss of species and habitats poses as much danger to life on earth as climate change does’. In the Scottish context, the 2019 state of nature report, containing the best available data on Scotland’s species and habitats, shows a 49% decline in the studied species and that one in nine species are threatened with extinction.

The immediate environment of Drumkinnon Woods would be impacted negatively and the National Park Reserve has a statutory responsibility to protect – as a haven for wildlife. Wildlife, insects, birds, trees, water-species, woodlands, and rivers, are especially vulnerable. Noise, light, traffic emissions, increased pollution, are all exacerbated by a high concentration of visitors in one area. Jet skis and speed powered boats currently adding to the problem.

The main artery to the loch, the A82 is constantly busy, often congested with resulting particulate pollution for the local and surrounding communities. It is reported that over 80% of visitors to Balloch come by private car. Yet the Dumbarton Chamber of Commerce CEO recently calls the proposal an ‘appropriate development’, inviting a holiday park to give visitors ‘more reasons to come, stay longer, spend more’.

To subordinate environmental interests in concern for profit contradicts the biodiversity ‘intent’. Agri-tourism, and sustainable tourism encourages movement, public transport use, rover tickets, visits to the many unique aspects of our history and natural heritage. To offer the development to a theme park operator with no knowledge of history, culture, or landscape, demonstrates a lack of respect.

Fostering a strong connection with the natural world can be the heart of protecting the environment. Agri-tourism can foster this protection. Sustainable tourism, in its truest sense, recognises the fragility of tourism and its importance to the Scottish economy. The pillars of sustainable tourism include social justice, environmental integrity and fair work principles.

The hospitality sector is fraught with practices which the Fair Work Convention (FWC) must address. Loch Lomond hotels often use zero-hours contracts, seasonal work with no career pathways and low pay. The Flamingo Land proposals do not contain re-assurances on fair work adherence. The touted large number of prospective jobs (600) in construction and hospitality do not provide a lasting legacy in employment prospects for the local and surrounding communities. The Jimmy Reid Foundation recently highlighted the failure of the FWC to regulate (without statutory underpinning) to ensure employers offer regular hours, career pathways, decent pay and job security. There is no mention of ensuring the 600 jobs will offer the aforementioned.

The local community has alternative concepts best outlined by themselves. Other regeneration examples, for instance, Raploch in Stirling, point to a community-based campus offering training in keeping with local interests and retro-fitting and regenerating the housing stock. Regenerating agriculture, growing spaces, climate jobs, just transition, are all key aspects for recovery from the pandemic and central to climate, environmental protections.

Overcrowding plagues most tourist hotspots, including Loch Lomond, and threatens the careful management of the National Park to support a whole range of animal species, flora and fauna. The message is clear – take care of our natural world and ‘no’ to Flamingo Land.

The monetisation of fossil again?