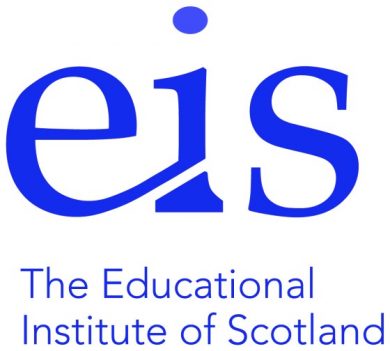 Larry Flanagan does not pull his punches in laying out what the EIS demands of the Scottish Government.

Scottish education, whether it be schools, colleges, or universities, has rarely been far from the headlines throughout the pandemic, which perhaps underlines how critical education is to our communities and, indeed, to society as a whole. The challenges have been immense and whilst Scotland likes to see itself as a model of a social partnership approach, particularly in contrast to the scenario at UK level, consensus often only operates at a general level, leaving many battles to be fought over the detail and implementation. That has certainly been the experience of the EIS.

Being involved in discussions does not mean that organising and campaigning are set aside; in fact, being able to mobilise member opinion and participation remains critical to being able to deliver our objectives. Like other unions, the EIS has been able to use IT platforms effectively to engage members in new ways with some of our webinars, for example, achieving 10,000+ views. In the absence of face-to-face meetings, we have developed stronger means of communication to keep members involved and informed. For instance, surveys to determine members’ attitudes have reached record turn outs, and we have moved into safety disputes in several areas as a result of member ballots.

In further education, we have industrial action ballots running in relation to attempts by college managers to de-professionalise the role of lecturers, and whilst it is disappointing that some would seek to use the cover of a pandemic to attack conditions of service, the simple fact is that unions are more than capable of fighting back despite some of the challenges to be overcome in terms of organising. Looking ahead, with the threat of post-pandemic austerity looming large, our renewed organisational capacity will be critical to defending our memberships.

The recent Scottish Government budget pronouncements are indicative of some of the challenges we will face. The 1% public sector pay offer for those earning more than £25,000 is less than the projected rate of inflation and would represent a pay cut for teachers, if replicated by COSLA, when all the social partnership dialogue has been focused on a continued journey towards restoration of the pay cuts which followed the last bout of austerity!

Announcements of public spending during the pandemic have involved huge sums. Many will wonder, quite correctly, why these sums could not have been found to address some of the pre-pandemic inequalities (which have been deepened in the past year) or to properly fund our public services to avoid the situation exposed by the pandemic of historic chronic underfunding which left us poorly equipped to deal with COVID.

Moving forward, the EIS alongside other public sector unions, is calling for massive investment in public services to allow us to build back better. With specific regard to education, where the impact on children is huge, we are demanding a huge investment in employing more teachers and school staff to better meet the needs of pupils – not only in terms of education but also their well-being and mental good health.

It is scandalous that at the moment we have supply teachers, effectively on zero hours contracts, unable to find work when the recovery needs of pupils are huge. Thousands of teachers are on temporary contracts with little prospect of finding permanent work unless we see action by both the Scottish Government and the employers through COSLA. These are big challenges which the EIS will be campaigning strongly on as we move towards the Scottish Parliament elections.

Discourse around the election is liable to be dominated by a binary approach to the issue of a further referendum on independence. But it essential that unions demand consideration of immediate challenges such as ensuring investment in our public services, the protection and expansion of jobs, tackling the impact of poverty, rejecting austerity, and (from an EIS perspective) support for an education-led recovery.

Scottish education in the Covid pandemic: to be forewarned is to be forearmed