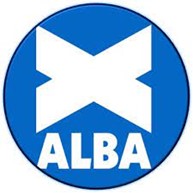 The local elections this May will be challenging for Alba but are equally a great opportunity for a still fledgling party. The mainstream media blackout imposed in May will likely continue but the party is growing in membership and its activist base will be campaigning hard around the country. Organisation and structure missing for the Scottish Parliament elections last May are now being established and, as Alba strengthens, it is often at the expense of others, especially the SNP. Others though – from all parties and none – are rallying. The manifesto will be not just local but national.

The push for independence now has never been more required. Many who doubted the need last May or thought that action would be taken by others have been sadly disappointed. Not only is time of the essence but a radical prospectus is required to motivate the populace, where more and more people are being ground down relentlessly. The scale of harm and suffering being imposed makes even Thatcher seem benign.

The damage being done to Scotland’s economy and society is immense. It’s a klpetocracy in charge with no shame and little compunction. The harm being done’s incalculable and the long-term threat immeasurable. Even the NHS – once viewed as sacrosanct – is being hollowed out. This Tory government is also changing civic society, ensuring that if it is ever defeated, then the ability of any incoming administration to exercise radical change will be stymied. Meanwhile, the undermining of the Scottish Parliament as a bulwark to those threats continues unabated. As opposition to Brexit was ignored and a hard Brexit imposed, the threat to our democratic structures grows. The brave rhetoric of resistance spouted by the SNP has vanished into thin air and the consequences are felt by business and individuals across the land.

Now this is being compounded by threats to our health and wellbeing. Coronavirus in all its variants is continuing to threaten and will keep doing so as long as 4.7bn people in the developing world remain unvaccinated, not simply awaiting a booster jag. Britain and United States have been complicit in creating this situation with their actions. The Westminster Government has added to this with its failure to address travel restriction issues. Yet calls for a Four Nation approach are met with the same contempt and disdain as requests for a Section 30 Order for a independence referendum.

So, Alba’s principal call will be for a galvanisation of the push for independence that has been abandoned by the SNP. A ‘neverendum’ was meant to be a pejorative remark from a unionist but has become the policy of the Scottish Government. Talk of a referendum in 2023 is fraudulent and not just fanciful.

It’s why other routes must now be used. A national convention that should have been called after Johnson’s rejection at the polls in Scotland back in 2019 is now required more than ever. The local elections allow a platform for that call to be made and for a convention to encompass not just MPs and MSPs but also councillors. That convention can be the basis not simply to drive forward the push for independence but coordinate opposition to cuts and threats from a Government which Scotland has comprehensively rejected.

But in addition to those for action against Westminster, there will be challenges to the Scottish Government which has either failed to protect or have even consciously taken action that is harmful and authoritarian. These are actions that many thought they’d never seen in Scotland, and certainly not under an SNP administration.

Simply being more competent than Johnson or less damaging than the Tories is not enough. Mitigation, whilst welcome, is inadequate and small ticket steps simply do not go far enough. Some actions taken by the Scottish Government are proving positively harmful. Some are national in dimension whether concerning the Gender Recognition Act and the dangers of self-identification for women’s sex-based rights or the proposed cuts to services such as rail. The almost complete lack of strategy for an industrial policy is shown by the debacle of Ferguson Marine or the absence of a jobs windfall from the renewable revolution. Cuts to council budgets overall are damaging and remote communities have been left bereft through the abysmal handling of the Cal Mac saga.

Alba councillors will also reject the supine acceptance of Scottish Government diktat that has been the hallmark of most SNP administrations. Supporting a government is one thing but selling out your community quite another. Yet in cuts or the imposition of policies, SNP councillors and especially SNP councils have been marked by their silence and submissiveness. That has seen harm imposed such as library closures in the most deprived parts through to vituperative attacks on public sector workers for having the audacity to oppose what was being done to them or their communities. Sins of commission have been compounded by sins of omission, whether on the failure to deliver on rent controls or a tourist tax or to push for powers over AirBnB and the resource for the social housing that is badly required.

The people of Scotland are crying out for action. People are being hurt and the threat faced is severe. Alba goes into these elections with hope and optimism, seeking to galvanise the radical call for independence that ignited our country in 2014 and which has been allowed to dissipate. It’s that radical vision that’s required and it’s that – along with protecting sex-based rights and defending our communities – which Alba will articulate over coming months.

Kenny MacAskill is an Alba MP for East Lothian