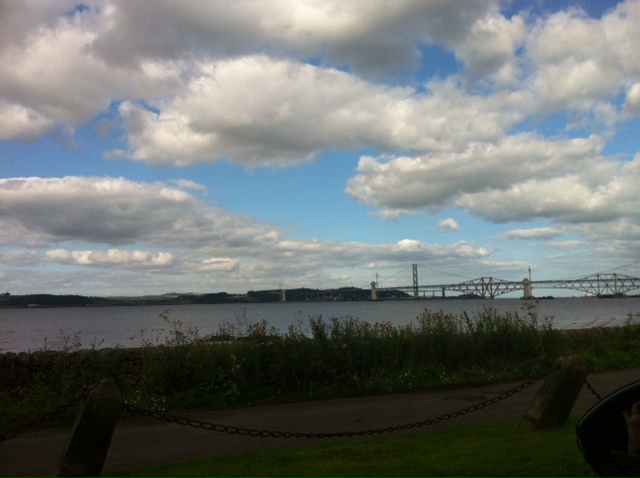 As people in Scotland debate the impact of wind farms on our beautiful Scottish landscape, how will they view fracking wells gushing out fire 24 hours a day, 7 days a week? With a closing date of 28 October 2014, the current Westminster fracking license round for areas of the central belt of Scotland to be fracked means fracking wells will start popping up from Leven and Edinburgh stretching across to Glasgow – the most densely populated area of Scotland. And along with the fracking are plans to also start extracting colossal amounts of highly polluted water and mud from all the old coal mines and coal seams across the central belt of Scotland to release the pressure and the methane gas trapped in them – the same gas that killed canaries and far too many coal miners – with the Coal Bed Methane (CBM) wells set to light the night sky across the entire central belt of Scotland in unison with the fracking wells.

Unfortunately, the story does not end there as not only will 80% of the Scottish population be surrounded by these fracking and coal bed methane wells for MPs have also issued licenses to burn Scotland under our feet at the same time. Underground coal gasification (UCG) licenses have been issued for the Firth of Forth and the River Esk in Dumfries to bake billions of tons of Scotland’s coal, not safely in power stations, as happens now, but instead to just bake the coal where it lies, underground, at temperatures between 700 and up to 1,427 °C to create synthetic gas.

The current UCG process is still at the experimental stage across the world and after three recent small scale trials in Australia, the Queensland government banned commercial UCG last July. Despite the trials using world leading technology, the full process is not safe and the companies could not demonstrate how they will stop the coal burning once the process was started. All three companies involved in the Australian UCG trials were taken to court after their UCG trials caused major groundwater contamination and other major environmental damage. In one of the UCG trials, cattle nearby were found to have been contaminated with carcinogenic chemicals after Cougar Energy’s concealed for two months that their UCG trial had contaminated the ground water.

The only EU small scale trial of underground coal gasification ended in disaster after a pipe got blocked resulting in an explosion the team had no way to stop yet the Westminster Department of Energy and Climate Change website stated this trial proved the process is feasible. Another problem with the UCG process is there is no way to support the cavity left behind which results in the cavity collapsing causing subsidence below ground as well as at ground level – with the underground subsidence also risking previously unconnected groundwater flows mixing with the toxic coal tars left behind by the UCG process, creating a toxic soup free to flow in new paths caused by the subsidence which could eventually be used miles away by unsuspecting farmers to irrigate their crops and water their livestock which we eat.

As well as the groundwater contamination, subsidence and explosions we must face from this perfect storm of three different dash for gas industries licensed to operate in the central belt of Scotland, experience from America also proves flaring gas in populated areas will poison the air we breathe. The Parr family in America was recently awarded $3m in damages after fracking activities two miles away caused the air they were breathing to become so toxic calves on their farm started being born deformed, livestock and pets started to die with the Parr family’s daughter waking during the night covered in blood from severe nosebleeds and the family also experiencing severe headaches, sores that would not heal, central nervous system problems which caused memory loss, disorientation and loss of balance with one of Mrs Parr’s doctors stating get out the house or buy your coffin now.

How will the NHS cope with 80% of Scotland’s population living in an environment where the air they breathe and the water they drink is being contaminated by three different dash for gas industries at the same time? And worse, the population of the Scottish central belt could very well find themselves trapped in this dash for gas hell as homeowners in England are already experiencing their house prices plummeting 70% and home buyers withdrawing their offers once they find out a fracking license has been issued for the area. Earlier this year, the first public inquiry into CBM was held in Scotland and two weeks ago the Scottish government announced they were taking charge of the 2 planning appeals which caused the public inquiry as these CBM applications were of ‘national importance’. But the public inquiry looked exclusively at the impact of CBM alone and did not take any account of the fact UCG and fracking licenses would be issued for the same area of Scotland.

As no country anywhere in the world has attempted to roll out fracking, CBM and UCG at the same time in such a populous area, it is vital the Scottish Parliament puts all exploration for UCG, CBM and fracking on hold in Scotland until the public inquiry can be re-opened to assess the impact on the air we breathe, the availability and quality of the water we drink, the land we rely on for food, house prices, the NHS and the entire Scottish economy. What use is this gas if it destroys the health of 80% of the Scottish population and the entire economy in the central belt of Scotland and makes the environment unfit for human habitation?

Mel Kelly is a systems analyst/programmer and mother of two. She has written widely about fracking (and other subjects) for Open Democracy https://www.opendemocracy.net/author/mel-kelly