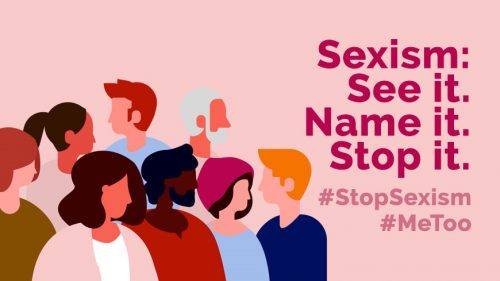 Attitudes towards women’s oppression and sexism have become better understood and have advanced positively in the socialist and union movements since the 1980s when I first became involved in politics. This shift has grown in tandem with changes in attitudes in society. Part of that societal change was driven by women in the Labour Party and unions fighting a long hard battle inside their organisations and influencing wider society in their wake.

Despite this progress we are still having to go over the same issues concerning sexual abuse, harassment and inappropriate behaviour towards women perpetrated by male leaders of our movement.

In recent years, these issues have damaged political parties (SNP, SSP, SWP) and unions (GMB, UCU). For organisations which on paper are some of the most progressive on women’s rights, why does this keep happening? And, if we want to build united working-class organisations, we need to understand what is going on.

Three questions which need to be addressed: why do powerful men behave as they do; how do we hold men in our movement accountable for their behaviour; and, why once their behaviour is in the public domain do they still manage to marshal support despite this?

Holding abusive men in leading positions to account for their behaviour is generally left to individual women. Either those suffering the sexual abuse and harassment or other women who have been informally approached about it. I have been one of those women challenging it – not just in the SSP for I was a Labour member for ten years in the 1980s.

I have been informally approached many times by women who want to tell me in confidence about a certain leader’s behaviour – they don’t want to take public action but they want it noted and they want the perpetrator challenged informally. In my experience, there is a metaphorical underground railroad of knowledge that travels unseen, amongst women activists, sharing information about men who are ‘a problem’. Predatory sexual behaviour can be hard to prove as women have found and the sharing of information is a form of protection.

Why is it underground? In left parties and unions, women activists are committed politically. They know what their organisations are up against in terms of the media, employers and the establishment. They have given their time and energy to build their party or union and there is a countervailing pressure that to go public will damage the movement and be a gift to the right or their employers to inflict as much damage as possible. This is always a dilemma for women on the left. There is always a personal and political price to pay.

Another consideration is the ‘great leader’ syndrome, that even if women do courageously break the silence they won’t get support from within the ranks as many members will support the leader who has a huge platform to refute and attack. Here, it becomes not just a matter of truth but a matter of loyalty. These contexts all act to protect men in leading positions who exercise predatory sexual behaviour. It is easy to read books on feminism, to understand in the abstract women’s oppression historically and globally, but when confronted with everyday misogyny, it is sometimes as if invisible blinkers have been fitted to men on the left en masse.

In the middle of the first Tommy Sheridan defamation trial in 2006, I attended an SSP local meeting. There were about 15 people there of whom three were women. We were discussing whether executive members of the party including the MSPs should take to the witness box and tell the truth. Those supporting Sheridan thought we should lie. That day Sheridan had put a woman SSP member in the witness box and asked her the most intimate details – he had sacked his QC – about their relationship.

I was speaking after a male supporter of Sheridan. I had rehearsed all of the arguments ad nauseum but, on the spur of the moment, I asked him directly: ‘When did you last have sex?’ to stunned silence. I waited in the uncomfortable silence, so I continued: ‘Who was it with?’ When the chair started spluttering and trying to silence me, I then asked ‘Have you ever had an affair?’ He refused to answer any questions. I didn’t want or expect an answer. Several men were up in arms by now: I was a ‘disgrace’; this wasn’t ‘political’; what was I trying to do and how dare I?

They were outraged that I had asked questions in public about their intimate lives in a meeting of 15 people. Yet, they had just voted that it was okay for the leader of the SSP to drag a woman into the witness box to ask her intimate questions in the full glare of judge, jury and media, and then call her a liar when they knew she was telling the truth. And there is the disconnect.

This was not just about the individual man for it was systemic. Sheridan was exploiting the power given to him by society and the criminal justice system, using it against the women. When left parties and unions don’t get this, they become part of the problem. When women tell the truth, we are taking on all of this and the backlash.

The verdict in the recent Salmond trial and the subsequent attacks on the women will unfortunately act as a deterrent for women in politics to break the silence, but in the era of #metoo these issues are not going away. Unless there is a shift in understanding and left political culture, we will continue to be damaged by the predatory sexual behaviour of powerful male leaders.

Frances Curran is former MSP and is currently a member of the executive the further education lecturers’ union, the EIS-FELA.