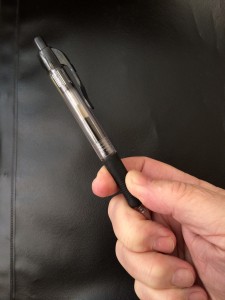 Margaret and Jim Cuthbert’s piece on Modern Apprenticeships (MA) in the last issue was a timely piece, in many ways according with Channel 4’s Dispatches: Low Pay Britain (18 January 2016) demonstrating that unscrupulous employers found new ways with old tools to exploit young workers. It’s vital the Scottish left articulates a critical understanding of vocational education and training given that the MA framework is a devolved matter straddling the education and skills portfolios.

The Cuthberts argued re-appraising the MA programme is necessary to revitalise our manufacturing so to better compete internationally. What will make that transformation possible, they argue, is a highly skilled workforce in the types of (relevant) trades which would include maths, science, engineering, IT and electrical. They concluded though on criticism of the MA framework, arguing one solution to the problem would be to improve pathways to degree-level qualifications.

At present most construction and the electro-technical MAs sit a little beneath HNC level on the SCQF. In the 1980s, when I served my time, the (SCOTVEC) HNC was an entirely academic course. It bore no relation to my workplace, although in fairness, it wasn’t really intended to do so. It was the qualification that got you ‘off the tools’.

The HNC wasn’t designed to make me a better or more productive electrician. It was intended to put clear academic water between me, as a possible future manager, and the manual workers that it was ultimately intended that I would manage. It was all about status.

One thing to note from the Cuthberts’ piece is that we are in the world of capital letters: Modern Apprenticeship not modern apprenticeship. Since its introduction, the MA has evolved from an employer-centred solution to youth training to become a brand – one robustly marketed by the Coalition, and now the Tory Government at Westminster, and the SNP Scottish Government. Like any brand, the product itself is not so important. Instead, what matters is the extent to which the image can be marketed as a lifestyle or life choice, especially now that qualifications by themselves are no longer a guarantee of employment.

Marx admired the bourgeoisie’s energy – its ability to clarify, define and realize its objectives. The energetic bourgeoisie surveyed its own labour-market territory. Finding it precarious, it looks to new territory to create new opportunities. The squeezed middle has its sights set on MAs.

Faced with downward mobility and automation of many (white-collar) occupations, the 21st century class solution is to acknowledge that what was disdained is now attractive. Those manual labour jobs they wouldn’t have dirtied their hands applying for have suddenly become a lot more attractive as long-term career options. Computers may be able to perform operations at lightning speed but they can’t yet tile a bathroom, mend a leaky roof or install a new outside light. Can these tasks be automated? Possibly, but not any time soon.

The codicil to this has to be manual labour bears the hallmarks of academic learning. This would be a win-win solution for the middle-class and the Scottish Government. The degree will redeem the MAs brand which has lately been tarnished by corporate malpractice whilst the degree will redeem the redundant ‘go straight to middle-management’ pass that a university education degree once provided. Redemption to the redeemer! In a sense, it appears a graduate MA scheme would be nothing more than an attempt to bolster the bourgeoisie’s faith in education and work by securing for them the most secure non-automatable jobs available.

Education systems are designed to polarise, and if there is one single law of capitalism, Corinne Maier writes, it’s that for there to be winners there must also be losers. The vast majority of current apprentices in both the construction and electrical sectors are from working-class backgrounds, leaving school at the end of fourth year without university entry qualifications. Is it to be the case that a graduate MA framework creates the circumstances for workplace gentrification whereby working-class school pupils find themselves squeezed out of apprenticeships?

Graeme Arnott is a workplace rep for Unite. He works with electrical apprentices.