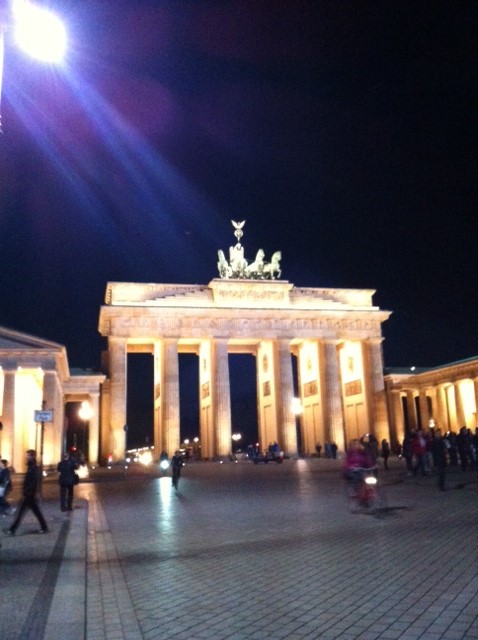 Is the brief, roller-coaster story of Die Linke (The Left) speeding upward to new heights in Germany? What opportunities are involved and what risks? The party has a dual past and, according to some wisecrack ‘a duelling present’. The larger component, with over 60,000 mostly East Germans, was the Party of Democratic Socialism, formed in 1989 after a feverish 17-hour congress decided not to dissolve the ruling Communist-type Socialist Unity Party when the German Democratic Republic went down the drain but to save, reform and re-name it, choose new leaders and apologize for past sins, blunders and repression. In a tense East German election in March 1990 most voters chose instead the promised luxuries of the golden West and soon got ‘reunification’ (or annexation or colonization). A sixth stayed faithful to socialist views. This base steadied at about 18-25% in the five East German states and Berlin.

But ingrained prejudices against the GDR in much larger West Germany kept it to a bare toe-hold there. In 2002, it failed to win the 5% needed for proportional representation so two lone women, directly elected in East Berlin districts, had to hold out alone against nasty bullying by all other deputies, who gleefully planned triumphant obituaries of the party. They were disappointed. In 2005, in West Germany, about 10,000 militant Social Democrats and union activists, disgusted by their organizations’ rightward switch, plus a mix of Communists, Trotskyists and others, formed the Electoral Alternative for Labour and Social Justice (WASG). A loose electoral unity between this western party with highly-respected Oskar Lafontaine, who quit as chairman of the right-leaning SPD, and the eastern party, headed by witty, charismatic Gregor Gysi, saved the day with 8.7% in 2005. In 2007, the two united to form Die Linke and frightened the pants off Social Democrats and Greens by winning enough of their disappointed voters in 2009 to reach nearly 12% and 76 deputies (out of 622), sixteen directly elected (and over half of them women). The other parties immediately began talking out of the left sides of their mouths, stealing key Die Linke demands like a minimum wage and a reversal of nasty pension cuts.

But success led strangely to a sharpening of internal quarrels, for now some slightly left-leaning SPD and Green leaders considered regaining national leadership from the Merkel party by forming a three-way coalition with the hitherto despised, rejected Linke.

But conditions were demanded. Die Linke always rejected deploying uniformed Germans anywhere beyond German borders (as West German law proscribed). But the SPD and Greens participated in bloody conflicts in Yugoslavia and Afghanistan while the Greens urged involvement in Libya and now possibly in the Ukraine. They did not want a ‘no troops’ party. Mostly East German Linke ‘reformers’ wanted to oblige with loopholes: cases should be decided on their merits, UN humanitarian missions should not be rejected in advance. But most members wanted no such first steps down slippery slides. If it was no longer the consistent Party of Peace it would become just a slightly leftish SPD.

Another issue involved history. The SPD and especially the Greens, some of whose leaders had been GDR dissidents, demanded that Linke denounce the GDR as an ‘Unrechtsstaat’ (unjust or illegal state). Such total rejection not only of nasty sides of the GDR, which was all too frequently equated with the Nazi Reich, ignored its crucial rejection of rule by giant banks and corporations and seemed almost a pledge of allegiance to the capitalist system. Mainly East German leaders considered such compromises acceptable or at worst a necessary toad to swallow to gain acceptance and cabinet seats, perhaps even in the national government after the 2017 elections. Others worried that Linke could become a party like the SPD, advocating better deals for working people but reforming capitalism. Did they want to remain devoted to changing the capitalist system, even if it meant sacrificing chances in coalition governments?

Disputes like these nearly split the party in 2013, when Lafontaine and Gysi found themselves at loggerheads. At the last moment it became clear: neither side could survive alone. An agreement was reached with two chairpersons, one West German man, a militant union leader and one East German woman not clearly in any grouping. Berndt Riexinger and Katja Kipping then succeeded in healing the worst wounds and keeping Linke together. Six months before the 2013 elections the required 5% seemed endangered but the wounded party recuperated. 8.6% and 64 seats were at least enough for a collective sigh of relief.

Recent results have been mixed. Coalition rule with the SPD in eastern Brandenburg cost Linke many votes, but will be continued. But in a sensational development, a strong second place in south eastern Thuringia will almost certainly mean leadership in a Linke-SPD-Green coalition, but this time, for the first time, with Linke on top, its first minister-president in unified Germany.

Unhappily for some, Linke swallowed an only slightly eased rejection of the GDR; the SPD and Greens will now join a shaky coalition with a majority of one single seat in the state legislature.
Will this be a positive break-through for the party nationally, helping it overcome strong prejudices in West Germany with substantial improvements for mothers, students, unemployed and working people generally? Will it remain a bulwark against further German expansion, giant weapons exports and military involvement? Or can the SPD and Greens in Thuringia and all Germany use blackmail and enticements to win more compromises and tame Linke?

Europe and Germany face possible economic deterioration. Mob violence by racist football hooligans and neo-Nazi thugs, copying Nazi strategies but with hatred of Muslims and other immigrants instead of Jews, shows the urgent need of a strong left. Linke, if it stays together and militant, can be an inspiration and source of strength to left wing parties all over Europe, especially to weak groups in Eastern Europe. Will it grow and become stronger? It is sorely needed!

Victor Grossman, one-time US army deserter, observer and participant in GDR and German politics as journalist and author, the only person with diplomas from Harvard and Karl Marx University, publishes bulletins on German developments. His autobiography is ‘Crossing the River: A Memoir of the American Left, the Cold War and Life in East Germany’.