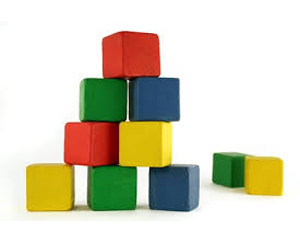 Next year’s local government elections offer an opportunity to be creative whilst being pragmatic about the constraints. Across the country, the local economies are weak. Thus, the priority must be to keep as much of the local authority’s budget within the area. Scottish Labour can pledge to do this by prioritising social infrastructure over physical infrastructure. Take, for example, Dundee. It is witnessing tens of millions being poured into its Waterfront infrastructure projects, which is flooding back out of the city, and at the same time social infrastructure – especially social care – is struggling to wash its face.

Social infrastructure refers to education, care and health services, and includes the labour force that provides these services and their skills, as well as the buildings and facilities in which they work. Feminist economists have been making the case to prioritise social infrastructure, as empirical data demonstrate that investment in the care industries generates approximately twice as many jobs as investment in the construction sector. Thus, it is not just jobs but an important stimulus to the economy. It makes sense.

In addition, this form of investment contributes towards greater gender equality by reducing employment gaps, improving working conditions in the care sector and increasing the options for informal carers to juggle paid work and caring.

The current Dundee City Council’s capital plan for 2017-2022 is valued at £378m. I would advocate that a proportion of this money is shifted into the care industries. A modest 5% shift from hard infrastructure into social care would lead to a £18.9m increase into the Dundee economy. Moreover, the impact of the multiplier effect would create additional jobs outside the care sector due to the spending in the local economy.

Putting social care at the top of Scottish Labour’s manifesto for next year’s local elections is a vote winner; as local government must be proactive in boosting employment in its area, supporting the local economy, and if it can simultaneously reduce inequality then all the better.

Lesley Brennan is a Labour councillor in Dundee and was a Labour MSP for North East Scotland in the last Parliament https://www.dundeecity.gov.uk/councillors/lesleybrennan