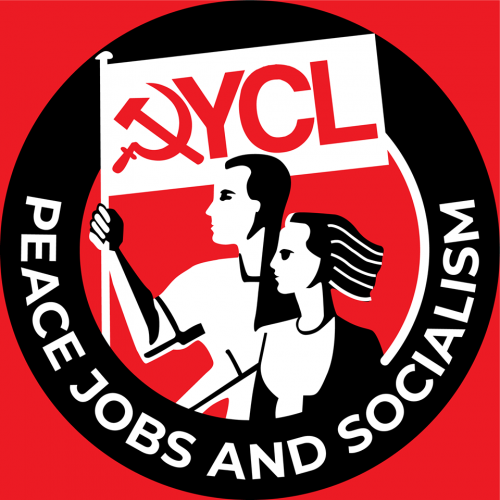 Louie Gibson explains the process by which he became interested and active in left-wing politics.

I attribute my interest in politics to two factors. The home I grew up in, and the turbulent political period I became a teenager in. I grew up in a house in which politics was on the discussion table. My mum a member of the Militant in the 1980s, a former Scottish Socialist Party (SSP) staffer and trade unionist and my dad, an angry ‘Yes’ voting, Labour supporter. I became a teenager in 2014, the year of the Scottish Independence referendum, a ‘once-in-a-lifetime’ vote for Scots. This alongside the year of 2016 with the Brexit vote and the election of Donald Trump, both upsets to the liberal status quo, provided my Modern Studies classes with plenty to chew on.

In terms of left-wing politics, this is a fairly similar story to a lot of young left-wing Scots, comprising Scots who discovered their political allegiances through the prism of viewing the Scottish independence movement as a progressive force, the Tories as a party Scots have never voted for (in large numbers) and the SNP as the force to combat the Union and the Tories. However, this nationalist path was disrupted by the rise of Jeremy Corbyn and his social democratic policies aimed at radically altering the balance of power in Britain. In 2017, I couldn’t vote for Corbyn if I had wanted to but by 2019, I was 18 and cast my vote for Labour candidate, Gordon Munro, in the Edinburgh North and Leith constituency. Unfortunately, neither Munro nor Labour won, with Boris Johnson winning a landslide on the mandate of ‘getting Brexit done’.

At the time of Labour’s 2019 defeat, I was studying for an HNC in Social Sciences at Edinburgh Granton College. This course included sociology in which I learned about Marx and Engels and political history detailing the legendary Jimmy Reid and the UCS work-in. This course along with Corbyn’s defeat made me interested in getting involved in politics in one way or another. I considered getting involved in the Labour Party. However, its Scottish youth wing didn’t seem particularly strong and exciting. At this time (and still to this day) I heavily used twitter for political news and noticed the Young Communist League’s (YCL) twitter account popping up a lot on my feed. I had also seen a few boys I used to muck about with when I was younger were in the Edinburgh branch. While small the YCL seemed to be a fairly active and militant organisation, it was one with a proud socialist and working-class history. In February 2020, I sent my application in.

In my short time in the YCL, I have been on various picket lines, involved in regular collections for foodbanks, distributed care packages to rough sleepers, written numerous articles for the League’s magazine, Challenge, and was kettled by the police during the COP26 demonstrations in Glasgow. There are very few other political youth organisations in Britain where I could achieve this (especially in a world-wide pandemic). What sets the YCL apart from other left-wing youth organisations?

The YCL is a revolutionary youth organisation advocating for a socialist Britain. Most of our campaign work takes place at the local and grassroots level, led by YCL branches and members who participate in broad campaigns, unions, community, student, tenants and other organisations as well as street work and demonstrations.

It has seen a rapid growth in recent years with 100 members in 2016, rising to 500 in 2021. This should be no surprise with Britain’s youth and working-classes facing the full brunt of forty years of neo-liberalism. As Nathan Czapnik, the editor of Challenge, wrote in February 2022: ‘We are a generation who cannot be bought off by the Thatcherite promise that one day we will own our own home; when we spend on average a third of our income on rent, it’s impossible to save seriously – which means in a very material sense, it is impossible for us to keep faith in the system. We know we are paying off a mortgage – it’s just someone else’s’. Young people are seeking an alternative to a system that exploits workers, has consistent economic crises and commodifies arts and culture.

The YCL remains under no illusions about the state of the left in Britain today. The media and establishment onslaught against Jeremy Corbyn, a man simply advocating for a set of social democratic policies, highlights the immense struggle the British left has on its hands if we want to see a left-wing government in our lifetime. For the YCL, we know that this struggle starts in our communities, workplaces, colleges and universities as we attempt to develop campaign work locally, nationally and even internationally on the basis of our programme, Britain’s Road to Socialism, which calls for a ‘popular democratic anti-monopoly alliance’ based in the labour and progressive movements and on the interests of the working class.

For the broader left-wing movement in Scotland and Britain today, the next few decades will be some of the most critical in our history. Humanity and our planet cannot survive much longer under an economic and political system that burns our forests, pollutes our air and empties our oceans. It is the working-classes and the youth that will lead the fight to conquer our future. To quote James Connolly: ‘Our demands most moderate are, we only want the earth’.

Louie Gibson is a Second Year Politics and International Relations student at Strathclyde University and Scottish campaigns officer of the Young Communist League. For more on the YCL, see https://challenge-magazine.org/2022/02/11/the-eclipse-and-re-emergence-of-the-y-c-l/

VLADIMIR McTAVISH’S A KICK UP THE TABLOIDS